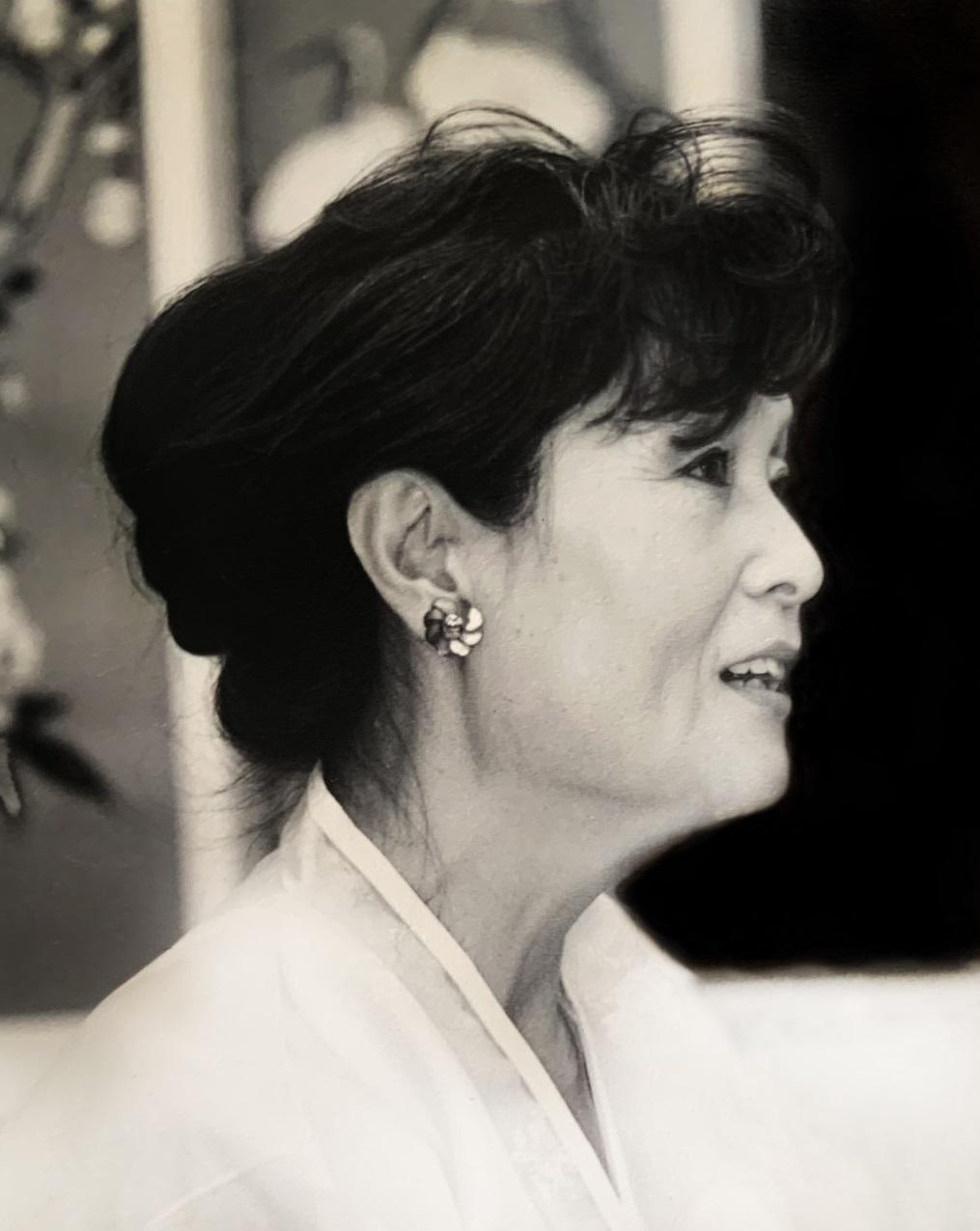 Peacefully and surrounded by loving family, Young Sook Wye died at home on September 29th, 2020, at the age of 72 years, following a brief illness with lung cancer. Throughout her life and even during her final months, Young showed fierce determination and positivity. She had a vivacious personality and brought much joy and laughter to her family and friends. She will be dearly missed by her immediate family, siblings, nieces, nephews, cousins, aunts and uncles.

Young, known to her siblings as the deer and the crane in tribute to her elegance and long neck, was born in Jeonju, Korea to her mother, Dan Ko, and father, Hwan-Jae Kim. Young was raised in a strict Confucianist household with her siblings: Young Ja, Chang Kyun, Yong Kyun, Young Hyo, Young Hee, and Hyung Kyun.

After attending Jeonju Gijeon Girls’ High School, Young attended Kyung Hee University in Seoul to study Korean Language Literature. Immediately thereafter, in 1970, she moved to Canada to marry Sung Do Wye, who had also recently immigrated. Given her affinity for people and her creative flair, Young was drawn to hairdressing. After finishing hairdressing school, she worked at Arthur and Keith Salon for almost a decade and eventually opened her own hair salon. Young loved her career and continued to style hair up until early 2020 when her illness forced her to retire after 49 years. She had a devoted clientele, many of whom became her close friends and followed her from salon to salon for the duration of her career. While hairdressing, Young, together with Sung, also owned and operated a convenience store.

Young and Sung built a beautiful life together. They had great respect and admiration for one another and enjoyed many common passions, including reading, church, golf and travel. Young was a loving and dedicated mother who treasured her three children, Susan (Ronan), Cindy (Jon) and Andrew. She found immense joy in being a grandmother to Ella, Simon, Luke and Faye.

Young had a zest for life and a curious mind. She loved learning new things, getting to know people, and developing new skills. She taught herself English upon her arrival in Canada by reading romance novels, watching Sesame Street, and striking up conversations with others. She became a voracious reader of English literature, and friends and family often sought out her book recommendations. Young’s strong financial acumen was the result of attending seminars, a daily commitment to watching the Bloomberg Business News Network, and lessons learned from numerous real estate investments. As an adult, she tried to learn how to swim and ride a bicycle several times over a number of decades, proving that while not everything came easily to her, she had the will to persevere.

Young was stylish and beautiful, with a smile that lit up the room. Her beauty also ran deep, as she was kind-hearted, gentle, patient and compassionate. These qualities were balanced with her confidence, assertiveness and determination. She had a strong moral compass and consistently treated others with respect. With a wonderful and quirky sense of humour, Young made friends easily wherever she went. She gave others the benefit of the doubt and had a lovely perspective on life, always choosing to see the bright side of things.

Hers was a life well-lived, full of integrity and grace.

A private funeral service will be held followed by interment at Trafalgar Lawn Cemetery in Oakville, Ontario.

As a tribute to Young organizing the first Terry Fox run at her church and to support cancer research, tribute donations may be made to the Terry Fox Foundation.