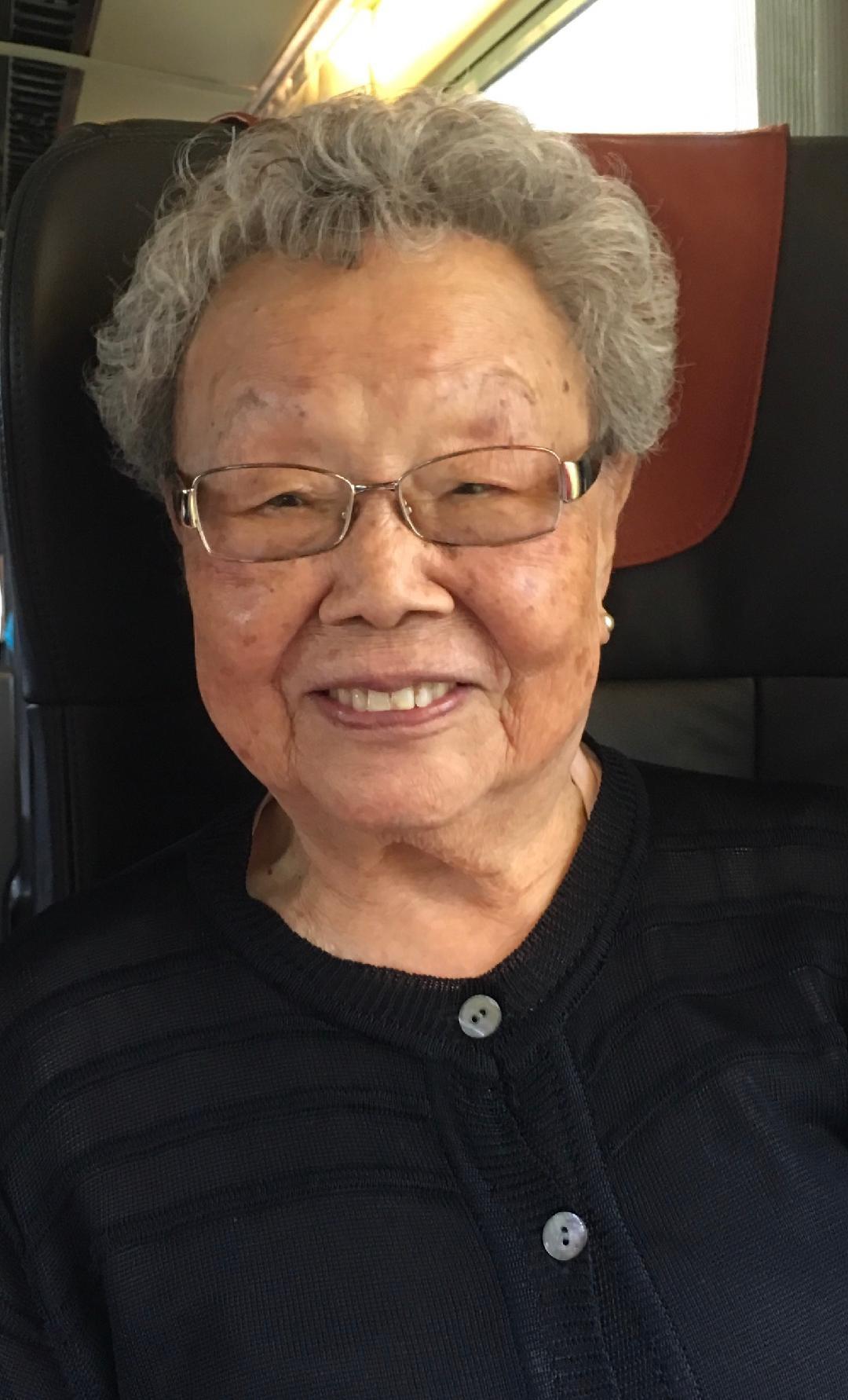 Yeu Shiang Wang passed away in the early hours of November 22, 2019 in the way she would have chosen, a sudden heart attack not proceeded by any illness or even awareness of its coming. It comforts the family to know that Yeu Shiang is now with her loving husband of 63 years Kung Jang Wang (王功壤先生) who she had missed every day since his passing in September 2010.

This is the ending. Let us go back to the beginning. She was born in Hubei, China on October 15, 1923. As the eldest of seven children she was part of a large, loving family that included doting grandparents. That changed in her teens with the Japanese invasion. At age 16, Yeu Shiang was in charge of retreating to Chongquing from the front lines with a group that included two younger sisters. She completed her education in Chongquing and then found work as a school teacher. Here she met and fell in love with a handsome engineer who was to become her husband. The young couple went to Taiwan when she was 23 years old. Early in their marriage, they welcomed her two younger sisters, 4th sibling An Ning and 5th sibling An Jean who were escaping the worsening situation on mainland China. On Kung Jang’s single salary, the resourceful couple made ends meet as their family grew - Grace, Elizabeth, Brenda and Lynda. In 1966, they decided to uproot the family and immigrate to Canada, a land of greater opportunities for their children. It can only be imagined, the courage and determination that were required to start anew in a foreign country. Nieces Debbie and Karen joined the family in 1976. Providing a wonderful home life allowed the family to flourish and grow – Grace/Bill Chu with children James and Janice; Elizabeth/Hon Seeto with children Kevin and Brian; Brenda; Lynda/Anthony Tamberg with children Erik, Kristen and Mark. There were many happy times and happy memories.

Home, family and friends, these were what Yeu Shiang held most dear. At age 97, she still lived in her own house where she has lived for the past 46 years. This was made possible in these last two years with the help of her constant companion and caregiver Mei. The family wishes to thank Mei for her loving care. Yeu Shiang used all three levels of her home, climbing and descending the stairs albeit slowly. She briskly walked the halls for exercise in order to maintain her health. This came from the same grit and determination that is a common thread throughout her life. She was mentally all there, able to recall past history, having an interest in current events and even figuring out the location of other people’s misplaced keys. It was truly a blessing. Yeu Shiang greeted people into her home with joy and never failed to see them off at the door, waving as they drove away. Her friends that were of her generation had dwindled but there would be rare gatherings with those who were left. Others who were not mobile would keep in touch by telephone. There have also been new friends such as the good people at Yee Hong. Yeu Shiang also had friends that were a whole generation younger, wonderful people that included her in their social gatherings. She was also concerned and had kind thoughts for people she had never met but felt she knew well through stories told to her by family. She recently celebrated a birthday. No doubt her wish before blowing out the candle would have been for the health and happiness for all who she knew. This would likely include all of you, dear friends, who have taken the time to read this.

Whether you knew Yeu Shiang directly or through the family, there is a connection. We, the family are the people we are because of this wonderful matriarch. We are grateful to all who have been a part of Yeu Shiang’s life. We ask only that you take a moment to commemorate her life in whatever way that is meaningful for you. We need no other gift.