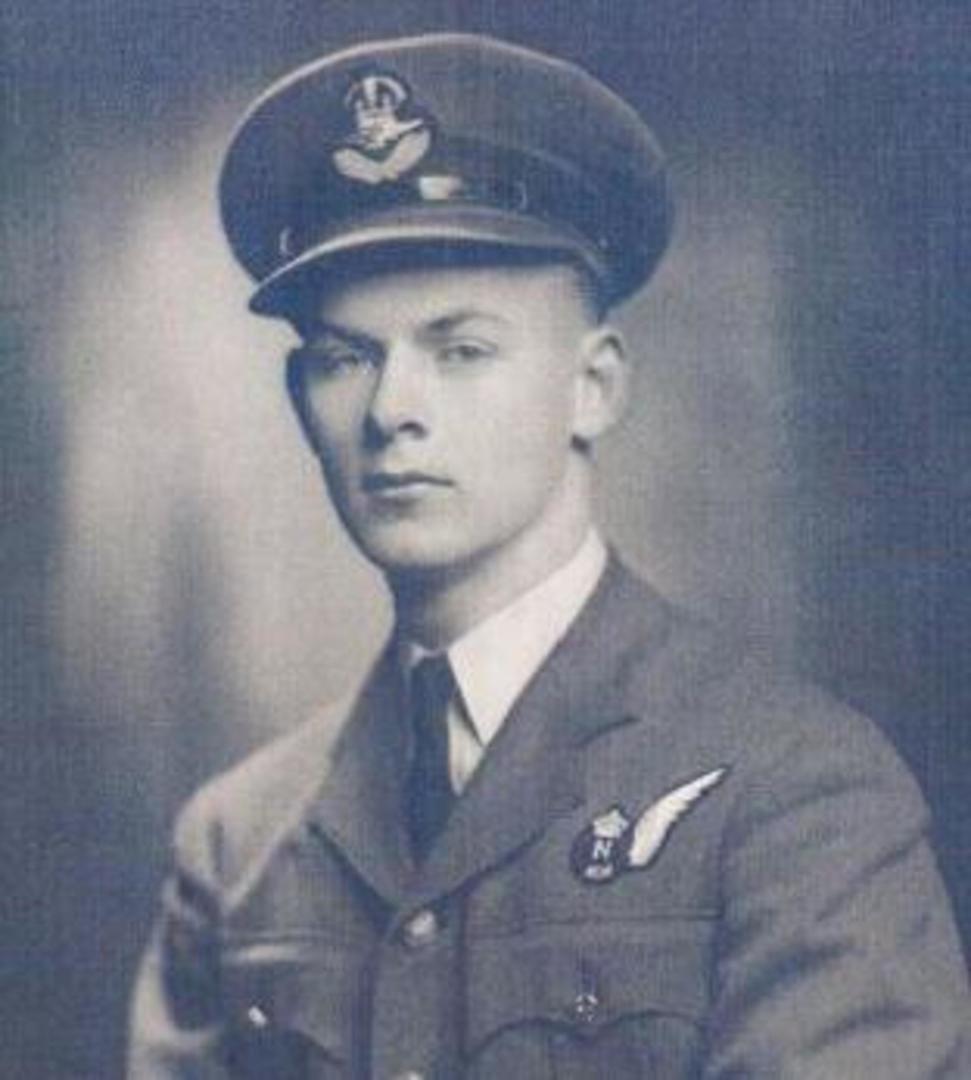 Born in Toronto on April 11, 1925 Bill attended Fern Avenue Public School and Parkdale Collegiate. He enlisted on his eighteenth birthday after negotiating with his Principal for his Senior Matriculation papers. Upon completion of basic training he requested a transfer to the RAF in the hope of seeing action sooner. He served in Bomber Command as a Lancaster Navigator attached to RAF 100 Squadron. His crew completed thirteen missions and then in the days before VE Day volunteered in the low flying food drops over Holland as part of Operation Manna. Having signed up for Pacific duty, he was sent home earlier than others but VJ Day was declared before he shipped out. It was a life defining time as it was for many of his generation and he would not talk of the war for decades.

After graduating from UofT, class of 4T9 in Metallurgical Engineering Bill worked for Ford (Windsor) and Polymer (Sarnia) before embarking on a career in sales with Atlas Alloy Metal Sales which ultimately involved positions in Toronto, Montreal, Vancouver and Toronto. He approached each city as an adventure and opportunity to see as much of Canada as possible with family sailing and motor trips to new destinations. Throughout it all he was fortunate that Gracie was a willing partner.

An outgoing conversationalist – Bill could talk to anyone about anything. There was often a trigger for one of the jokes from his vast repertoire. He had a great sense of humour and a tremendous sense of fun and mischief. He relished controversy and enjoyed verbal sparring but was always fair and good natured. Bill loved his country and all of the activities that it had to offer. With endless energy he golfed, skied, sailed, and played tennis and squash – more often than not several times a day. When heart problems forced him to give up racquet sports he was one of the oldest members competing in house league squash at the Oakville Club.

When he did sit still he read non-fiction widely with an insatiable interest in everything. He loved a challenge. He enjoyed maps, atlases, charts, tides tables, chess, photography, light meters, sextants, transistor radios, metal detectors, slide rules, mathematical calculations, mental arithmetic and the fun of converting from Metric to Imperial.

Sailing adventures aboard "Soixante-Sept" and "Somerset" included Lake Nipissing, The St. Lawrence, The Thousand Islands, the Albany and Hudson Rivers and Georgian Bay from Midland to the North Channel. In retirement, the boat was replaced with a summer cottage on Otter Lake, and many weekends throughout the rest of the year were spent at Windy Ridge where Bill focused on tree management, small scale maple syrup production, maintaining a log of wildlife sightings and his penchant for burning massive amounts of firewood in the fireplace. Bill and Gracie enjoyed annual trips to Siesta Key. In 2004, Bill embarked on the cathartic process of writing and self-publishing his war memoirs. He also reached out to fellow squadron members with a North American newsletter, rekindled old friendships and attended war reunions in Australia, New Zealand, France, Holland and the UK.

He lived as he died with courage, honesty, and strength. He will be remembered for his steadfast commitment of love and loyalty to his family and friends. Despite failing memory he mentioned on every visit that he missed Dacie. His children have much to be thankful for. We would like to acknowledge and thank the dedicated staff of Sunnybrook Veterans Centre for their exemplary care, compassion and professionalism. He will be missed by his L Wing family.

Cremation has taken place. As soon as the new normal is established in a post COVID world, we intend to have a party to acknowledge Bill. In lieu of flowers, the family asks that those wishing to honour Bill’s memory consider donations to either Sunnybrook Veterans Centre, 2075 Bayview Avenue, Toronto, ON M4N 3M5 or The Canadian Warplane Heritage Museum, 9280 Airport Road, Mount Hope, ON L0R 1W0, where volunteers maintain the only remaining flyable Lancaster Bomber in North America.