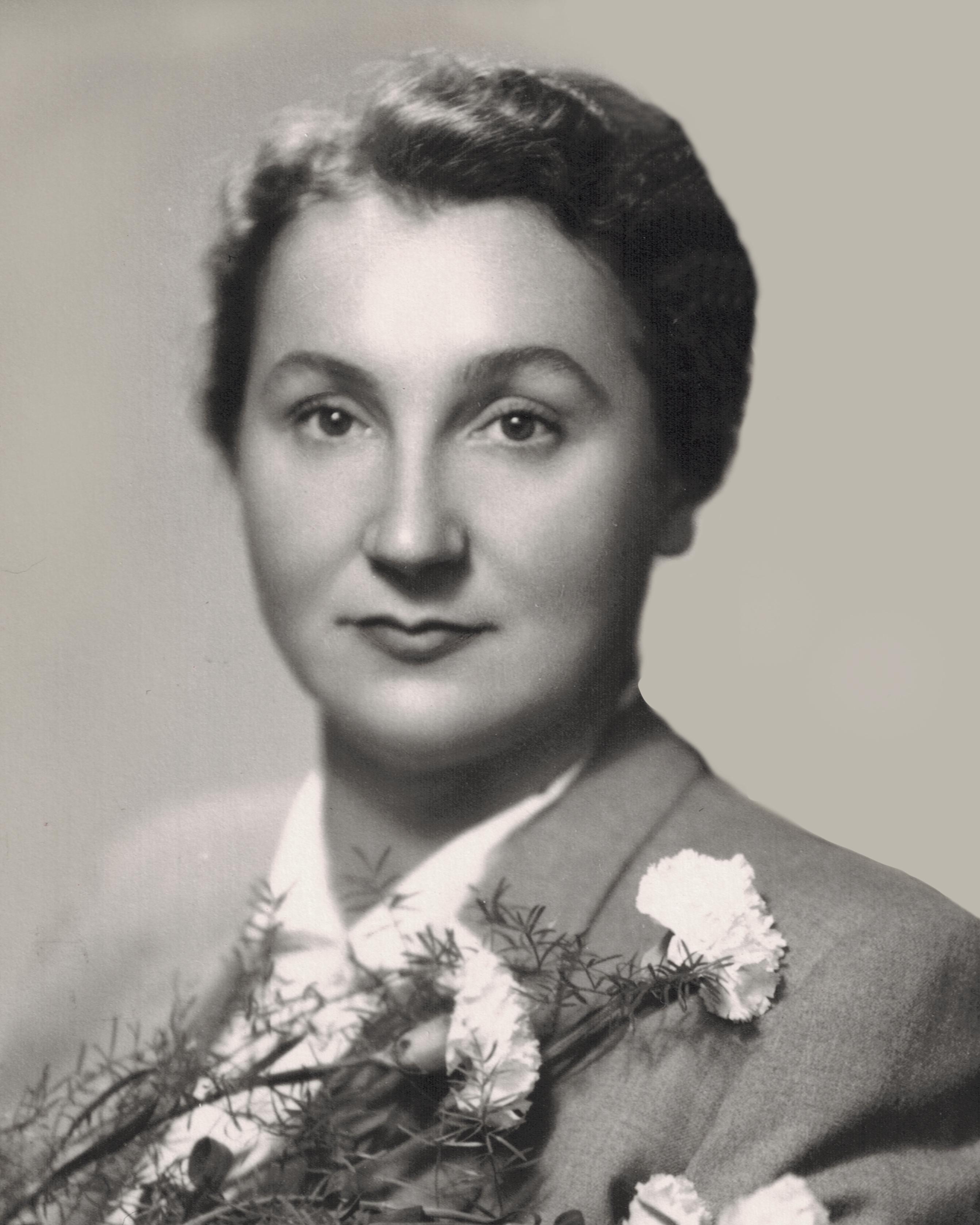 Wanda Boratynski, also fondly known as Wanda Domaradzki, passed away February 11th, 2021.
Wanda was a loving mother to Margaret, her son-in-law Peter and her grandchildren Liam and Oliver. Wanda is pre-deceased by her husbands Jerzy Domaradzki and Kazimierz Boratynski.

Wanda was born to Francziszek and Marianna Tysz in Warsaw, Poland on January 8, 1924. Wanda was the youngest of thirteen children and spent the early years of her life in her native Poland.

Wanda was only 14 years old when she witnessed enemy tanks roll through the streets of Warsaw. Over the course of the next five years, Wanda witnessed the unspeakable. She was captured and taken to a Labour camp but managed to escape, bribing a guard with gold coins her grandmother had sewn into the buttons of her coat. A woman of strength and courage, Wanda was an active part of the Polish underground resistance in the Warsaw Uprising of 1944. At the end of WWII, she and her grandmother were the only two surviving members of her family.

In the years after the war, Wanda set about rebuilding her life. She worked during the day, studied at night and by 1947 earned certification to work as a laboratory technician at the AVX Pharmaceutical Laboratory in Warsaw. In 1961, Wanda married the love of her life, Jerzy Domaradzki. Together, they emigrated to Canada in 1962. Wanda and Jerzy began their Canadian life together in Toronto welcoming their only child, Margaret, in 1964. Tragedy struck Wanda once again when she lost her beloved Jerzy in 1969 after his long battle with cancer.

Always a survivor, Wanda’s goal now was to provide the best she could for her daughter. Ever savy, Wanda invested in real estate. This allowed her to stay home to raise Margaret and support herself. Wanda married for the second time to Kazimierz Boratynski, until his death in 1996.

Family was very important to Wanda and she reveled in her role as Babcia to Liam (1995) and Oliver (1999). In this chapter of her life, Wanda devoted herself to her daughter, son-in-law and grandchildren. She was also an active member of the Polish Senior Citizens Club ‘Syrena” at the Polish Association of Toronto, taking on various roles over the years.

What defined Wanda most was her storytelling. She captivated everyone with her descriptive prose. Wanda’s friendships were multigenerational. Assisted by her PSW and friend, Joanne, Wanda often walked in her neighbourhood greeting everyone with a smile and warm hello. She loved to garden. She was well known for her ‘green thumb’ and could often be seen sitting on her front porch feeding little birds that she lovingly referred to as her ‘tenants’. She was kind and generous and despite her age, was young at heart and in spirit.

Wanda was equally comfortable in the country as she was in the city. She loved gathering mushrooms in Terra Nova, fishing with her son-in-law and grandsons on Rice Lake and building small campfires in her own backyard, earning her the endearing nickname ‘Harcerka’ (Girl Scout) by her grandsons. Wanda loved classical music, art and the theatre. She attended concerts, plays at the Stratford and Shaw Festivals and galleries; her favorite being the McMichael Canadian Art Gallery in Kleinberg. Her battle with debilitating rheumatoid arthritis eventually prevented her from going to the many places she loved.

Wanda was a brave and courageous woman. Intelligent and independent, she could do anything she put her mind to and had little patience for injustice or oppression. Above all, Wanda was a fighter and survivor.

Wanda was a devoted believer and, she was the embodiment of Christianity’s greatest truths: love thy neighbor. Wanda’s lasting friendships are a testament to her great heart. This is the legacy that she has given to Margaret, Peter, Liam and Oliver and all those who knew her. Wanda managed everything with great dignity and hope.

What a life she led! What a woman she was! We are so lucky, and we miss you deeply, Babcia.
A special thanks to Joanne Collins, for the loving care and friendship she gave to Wanda as well as a thank you to the Doctor's, nurses, OT and PT at St. Joe's for the care they provided.

A private family service will be held at Riverside Cemetery on Tuesday, February 16, 2021. In lieu of flowers, the family would appreciate donations made to a charity of choice. The family recommends: Arthritis Research Foundation / Princess Margaret Cancer Foundation.