The portion of John Vintar memorial that you are trying to access requires an extension in order to become active again. Would you like to contribute to the memorial?s extension? 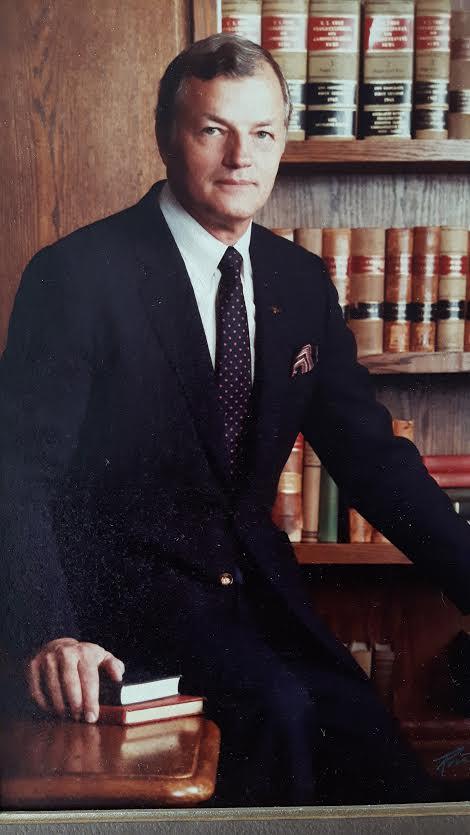 John was reunited with Jesus, his mother, Angela, and his father, Gregor, August 1, 2016, at the age of 87. He was the beloved husband of Therese for 62 years, loving father of Gregory, Alan (Jacquelyn Waller) and John (Jacqueline Smith) and treasured grandfather to Alan and Jacquelyn’s children Tessa, Graydon and Luka.

John came to Canada as a five-year-old with his mother, Angela, from Vintarji, near Velike Lašče, Slovenia, to join his father. He grew up in the Northern Ontario mining town of Timmins where he learned to love the outdoors, trapping, fishing, hunting and camping.

He graduated from TH&VS in 1949, earned his teaching certificate from North Bay Normal School, and went to University of Western Ontario for his BA. He met the love of his life—Therese Charette—in Timmins. She was teaching French at Golden School and he was principal of Broadway School and Commanding Officer of the Sea Cadets. He wooed her successfully—they married, and stayed married. They became proud parents of Gregory and Alan in South Porcupine. When John was invited to be geography master at Toronto Teachers College, they moved to Leaside in Toronto, where they completed their family with the birth of Johnny. He went on to receive his B.Ed, M.Ed and Ed.D at the University of Toronto.

Dr. Vintar taught from elementary to graduate school; his administrative positions included Director of Education for Huron-Perth while living in Stratford, and Superintendent of Personnel at Dufferin-Peel while living in Mississauga. John was appointed to the Senate of York University and served on the Education Faculty Council at both York and University of Toronto. He also assumed leadership roles in provincial and national educational organizations and committees, from which he received citations and awards. Among these are the Ontario Catholic Supervisory Officers’ Association Award of Merit, the Ontario Association of Education Administrative Officials President’s Award for Excellence and was made a fellow of the Canadian College of Teachers.

Parallel to his abiding interest in education was his active involvement in The Algonquin Regiment and The Royal Regiment of Canada from which he retired with the rank of Major. He was awarded the Canadian Forces Decoration for service. He continued his affiliation with The Royals by serving as President of the Officers’ Association.

John paid homage to his homeland when he researched and wrote the book From Lipa to Maple, one of the rare, if not unique examples of Slovenian emigrant literature during the period between 1920–1940. He also managed to work in monthly “lunch meetings” with his Slovenian and Timmins friends.

After his retirement, John and Terri took on a new career of being very active grandparents to Tessa, Graydon and Luka. From letting Tessa and Graydon fill his rainboots with dirt and then water, to feeding the ducks by the lake, to playing dress-up, where John was always more than happy to have hats and sunglasses and feather boas wrapped around him, he was always there for them. A kinder, gentler, more honourable and loving man has rarely walked this earth. Close and extended family and his many, many friends will miss him desperately until we see him again.

If desired, memorial donations can be sent to Our Lady of the Miraculous Medal Slovenian Church, or the Canadian Slovenian Historical Society. Messages of condolence are welcomed at johnvintar.wixsite.com/johnvintar

John remains in my memory as a shining example of what every human should strive to be.I am privileged to have worked with Big John.

On Behalf of The Royal Regiment of Canada Association we would like to express our condolences to the Vintar family and friends.

John JR,
My condolences to you and you family. My prayers are with you.