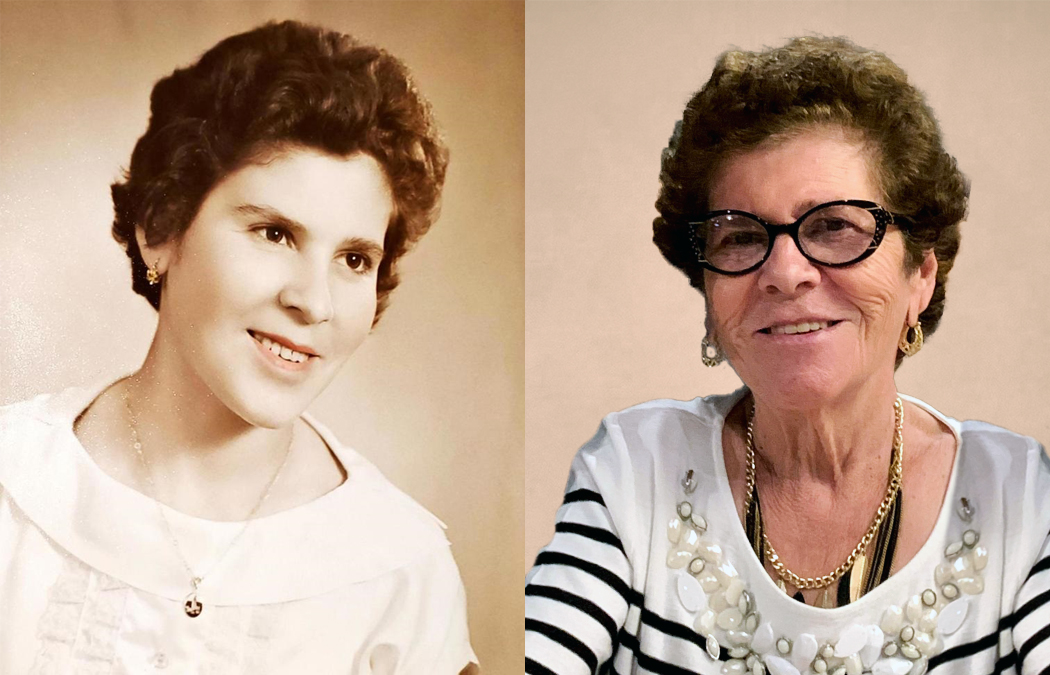 After a long battle with cancer, Urania passed peacefully onto the next life to be with her saviour Jesus Christ and her beloved husband, Francisco. Born in Agua d’Alto, on the island of Sao Miguel, Portugal, she left her native country as a young, single woman to make a better life for herself. Arriving in Quebec City in 1961, she immersed herself in the French language and culture of her new country. She landed a job working for the family of the Consular General for Portugal stationed in Quebec City. Mr. and Mrs. Pattee adopted her as a daughter to their four boys and she loved them all dearly.

On her days off she soon befriended her lifelong best friend Fatima. This dear friend later introduced her to her brother-in-law Francisco, who would soon enough become her husband. Urania was completely devoted to her husband of 52 years and together they raised a family of six rambunctious children in a small house in Little Portugal, Toronto. Through grit and determination they paid off that house in less than a decade before moving to Mississauga for their comfortable dream home.

With a very strong work ethic, she raised her children while simultaneously working full time. Her services were in very high demand due to her diligent work habits and attention to detail.

A pioneering woman, she sponsored four sisters and two brothers to leave their sleepy village in the Azores and move to this burgeoning new country of Canada. She eventually sponsored her own parents and in-laws. The family dinner table frequently had two rounds with six adults and six children to feed.

Urania was a force of nature, full of vitality and determination. Friends and family loved her sense of joy and enthusiasm. Her grandchildren adored her. She loved her home and gardens and was always ready to entertain guests late into the night. She loved to cook and always had something ready to eat when people dropped by. In her later years she enjoyed the company of friends from the neighbourhood and her church community.

Adventurous, she travelled to Europe, the Middle East and across North America. She loved touring, sitting by the beach and cruising. She was always willing to try something new and slid down a waterslide for the first time at 78 years of age. Those who knew her thought she would live to be one hundred but the Lord had other plans.

Urania was predeceased by her husband Francisco, her brothers Jose and Manuel and sister Eduina. She is survived by her sisters Ines, Alcinda and Elmira.

Urania will live on forever in the hearts and memories of her sons Louis (JoAnna,) Victor (Denise) and Frank (Lila,) and daughters Maria (Victor,) Ines (Nuno) and Renee (Manuel.) She will be deeply missed by her thirteen grandchildren, Rebecca, Vincent, Jessica, Kyle, Tianna, Mitchel, Emmett, Caleb, Hannah, Benjamin, Sidney, Gabriella, Andrew and her three great-grandchildren, Carter, Logan and Vincent.

Visitation is by appointment Monday and Tuesday. A funeral mass will be held at St. Dominic’s Church Wednesday at 10:30 a.m., followed by interment at Park Lawn Mausoleum. Immediate family only at the mausoleum please.
Order Flowers
Make a Donation
Help Extend the Memorial
Order a Keepsake Book