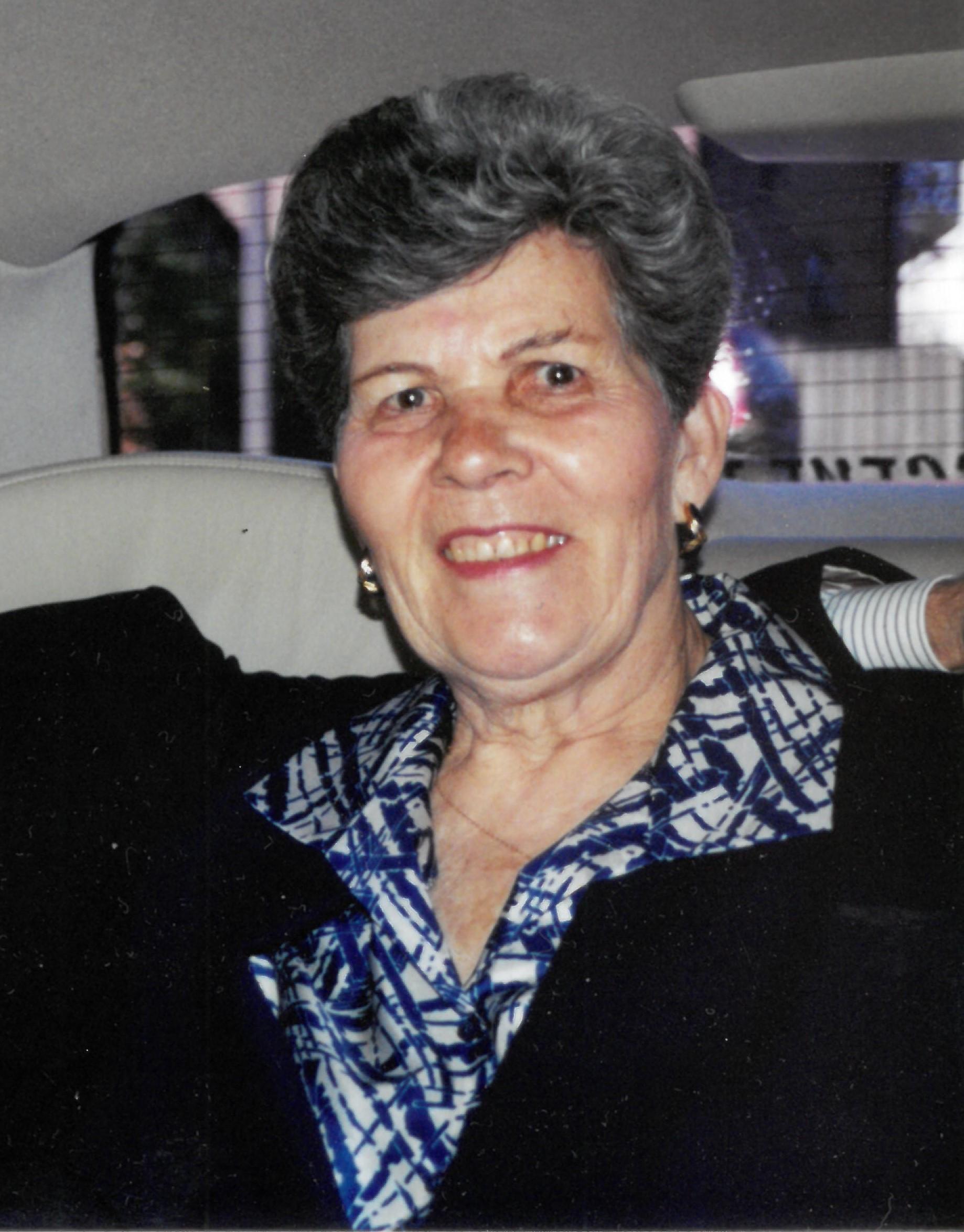 It is with fond and cherished memories, gratitude for a long life well lived and a peaceful passing that the family of Tina Cotric announces the passing of our mother and grandmother who died in the good care of the staff at Bradford Valley Nursing Home in Bradford, Ontario on Wednesday, February 5th at approximately 5:00 PM from natural causes. Both her son Bill and daughter Christine were by her side as she took her final breaths shortly after praying with Father Geoffrey Ready who provided the final sacrament for the resting of her soul. Tina is survived by her son William Cotric, daughter Christine Burton, daughter-in-law Dragica Cotric, grandchildren Vanessa Cotric, Alexandra Cotric and Jeremy Burton and his wife Sarah Burton. Tina was a dedicated wife to her loving husband of more than 60 years, Ljubomir (Louis) Cotric who predeceased her in 2017.
Born in the Macedonian village of Prekopana/Perikopi Greece, Tina was the youngest of 6 children. Above all Tina held family more important than anything else in her life. She not only was a dedicated wife, mother and grandmother but also a loving sister to Parashka, Petsi, Magda, Limona and Efterpe, aunt to Stephanie, Chris, Virginia, Dine, Dona, Marika and Dine and great aunt to their children. She was also Godmother to her beloved Pasquale who has also predeceased her.
Tina was a proud homemaker and was known for making the best bread and did for many a wedding and funeral. She was an avid gardener and nurtured her flowers and vegetables as she did everything else with high standards. Her curiosity and admiration for the uniqueness of nature was also how she approached people. She loved mixing a variety of flowers together both in her garden and in a bouquet, just as she enjoyed mixing with a diversity of people.
Right up to the end she held strong Christian belief and reminded us frequently that she was praying for her family always and would encourage us, as she would say, to “stay on the right path”.
We will miss her unconditional love, direct candor, fun loving spirit, exceptional intuition and genuine care. We are full of memories that will keep her alive in our hearts now and always. Memory Eternal.
Family and friends may call at the Turner and Porter Yorke Chapel on Monday February 17th between 2:00 PM and 4:00 PM and at 7:00 PM to 9:00 PM. Prayers will commence at 8:00 PM on February 17th and a funeral mass will be held at 11:00 AM on February 18th at Turner and Porter Yorke Chapel at 2357 Bloor St W, and laid to rest at Park Lawn Cemetery in Toronto. The memorial luncheon will take place at the Muddy Duck restaurant at 2200 Dundas Street East in Mississauga at approximately 1:00 PM after the burial.