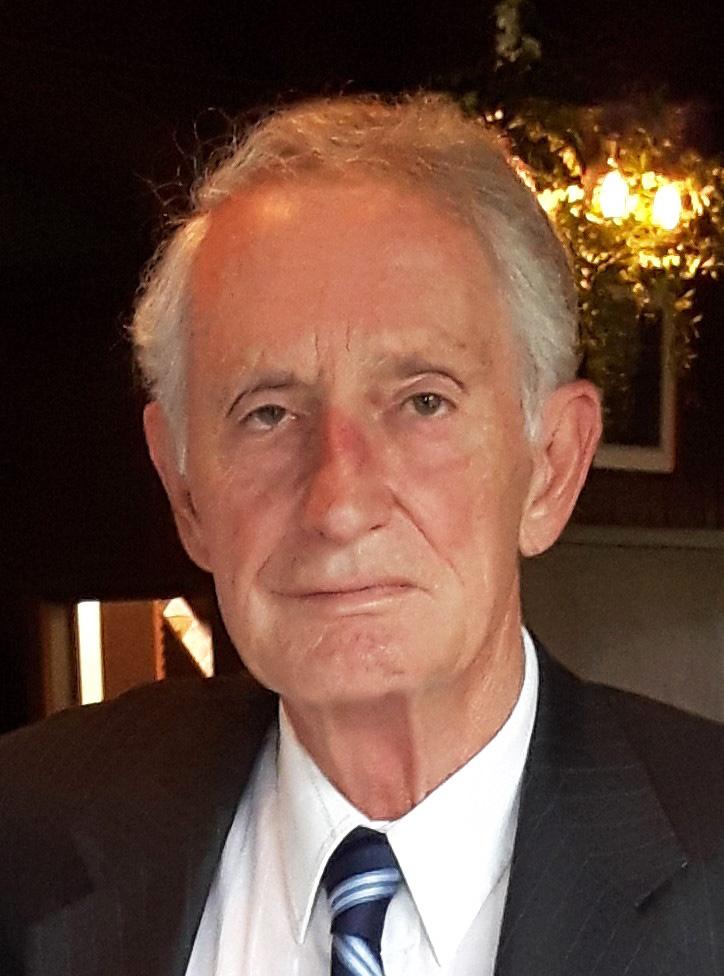 It is with great sadness that we announce the passing of Stephen Wesley Clarke on December 17, 2020 in his 78th year. Steve is survived by his beloved wife of 52 years, Barbara Clarke, his children Sharon Clarke (Chris Bowen) and Sandra Clarke (Shane Nelson), his cherished grandchildren Molly Clarke, Elise Bowen, Mathew Bowen and his sisters Jane Deland (Richard Deland) and Joan Cameron (John Cameron). Steve was pre-deceased by his parents Gordon and Alice Clarke. Born in 1943, Steve grew up in a close-knit family on Bond Street in London, Ontario. Steve was close with his sisters but rarely missed an opportunity to tease them.
Steve graduated from Western University with a Masters in Economics. In 1967 he joined the Bank of Montreal (BMO), where he had a successful 36-year career. Steve quickly moved from branch level to working at First Canadian Place, the head office of BMO in Toronto. Advancing through the Credit Department, Steve became the Vice-President of Credit, Asset Risk Management. For 12 years Steve taught evening courses in economics at York University. Steve and his wife Barb settled in Mississauga where they started a family. By 6 months of age, Steve’s daughters were already avid boaters, sharing in his love of boating on board his dearly loved 28-foot Chris Craft Cruiser Quantum. Family vacations were always great adventures, boating through the Trent Severn Waterway and Georgian Bay. Trip highlights include: swimming off the back deck, exploring in nature, days at the beach, navigating rough waters and waking up early to speed through larger lakes before the wind picked up. Quantum was Steve’s pride and joy for 40 years.
Steve enjoyed a love of boats and he was also a car enthusiast. At 16, after saving years’ worth of paper route money, Steve purchased his first car, an Austin with a red leather interior. Other cars included his white Minnie Minor, in which he courted his wife Barb, his 1965 Mustang Convertible and his most recently 1998 Mustang GT. Steve kept his boat and cars in pristine condition. Washed, waxed, polished and engines in check. Another vehicle worth noting is the 1982 Ford wagon, a family vehicle that Steve skillfully packed with stacks of parcels each Christmas when the family loaded up to spend the holidays with the rest of family in London. At Christmas, Steve greatly valued time with loved ones, holiday traditions, and spoiling his daughters.
When asked what he wanted for Christmas, Steve would answer books and beer! Steve had a great love of reading. He enjoyed historical novels and modern writers John Updike and John Irving. As an avid reader of the Globe and Mail, Steve was always abreast of current news. Steve kept up with today’s technology and could be found watching YouTube videos, sending emails or most recently, Zooming with his daughters. Staying in good physical condition was important to Steve, he always made time for regular trips to
fitness and in his younger years he was an avid jogger. Steve continued to try and stay active throughout this year, despite gym closures and his declining health. Being fit allowed Steve to quickly react when sneaky squirrels were making their way onto his bird
feeder. He was known to run into the yard, whip off his slipper and aim for the furry culprits - sending them promptly back up the trees! Steve enjoyed his backyard birds and kept them well feed, even providing them a warm pool of water all winter. Steve was a joker and a teaser, always making people laugh with his unique brand of humour. Steve’s granddaughter, Molly, was often heard squealing in delight when she played with her Grandad. Always up for a pillow fight or a game of cars, Grandad was a lot of fun! Molly will never forget the time Grandad made a pool for her in the back of his pick-up truck! When Steve’s first grandchild Matthew Jack, was born 9 weeks premature, Steve was first to arrive at the hospital in Halifax to support has daughter and tiny grandson. Two years later, he was overjoyed to welcome a grand-daughter, Elise Ann. Steve was most happy when he was with his wife Barbara. Barbara was the love of his life and his best friend. Steve was steadfast in his love for family, a generous provider who worked tirelessly to ensure the security and well being of his wife, daughters and extended family. Steve will be deeply missed.
A private service will be held at Turner & Porter Funeral Home, Peel Chapel. Interment is at Forest Lawn Cemetery in London, Ontario.
Donations in Steve’s memory can be made to the local Salvation Army.
Order Flowers
Make a Donation
Help Extend the Memorial
Order a Keepsake Book