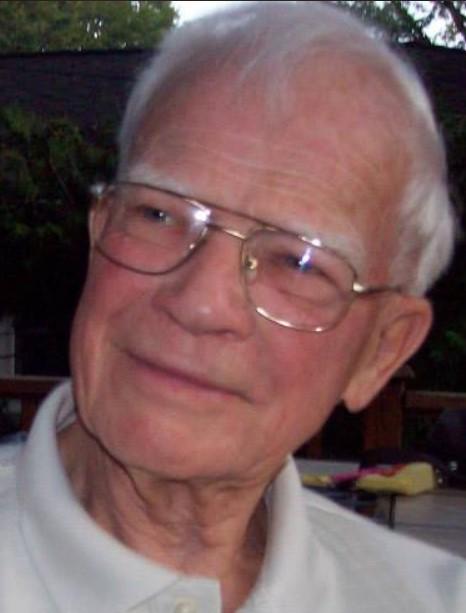 It is with great sadness the family of Stan Charteris announce his passing at age 93. As a blessing, Dad passed away in his sleep. He was the son of James Charteris and Beatrice (Wright) Charteris. His father passed away when Dad was 12 years old, leaving the women in his life to raise him. His Mother, two Aunts and Sister. After spending a summer making boxes in a box factory, he knew he would have to study hard to get a university degree to avoid a future of box making. He devoted himself entirely to his studies. His only distraction was when he met his wife to be, Doris Jean Champ. Well that was it, he was head over heals in love with Mom. His studying did pay off with and Engineering Degree in Geology and employment in the Mining Industry. On his first job, he was introduced to investments. He thought he had won a lottery, being able to not only earn money working but also earn from investments. He spent a large number of his years with Falconbridge. There he earned a great reputation and the respect of colleagues from all over the world. Mom and Dad travelled the world through out their marriage. Dad enjoyed summers at the cottage. Nothing made him happier than having his family around him. He loved good conversation, his Tuesday Investment Club, mentoring students, Islington Golf Course, Church involvement and cookies. Dad was predeceased by his loving wife of 58 years, Doris, daughter Kathy, and sister Margaret. He will be dearly missed by his son, Larry (Dianne) Charteris, Picton; daughter Barb (Wayne) Charteris, Nova Scotia; grandchildren: David (Laura) Charteris, Kitchener; Adam (Candice) Charteris, Newfoundland; Lora (Mike) Fenn, Barrie; Heather (Shane) Efthimiou, Branford; Andrew (Courtney) Charteris, Kingston, Alex Charteris, Toronto, Kevin Shanks, Nova Scotia and Matthew Shanks, Nova Scotia; great-grandchildren: Brooklynn, Lucy, Violet, Violette, Aksel, Eli, Willow, Emily and Jade; sister-in-law MaryJane MacPherson, NewMarket. The family would like to thank all his friends who helped get him to appointments, stock his cheese and cookie supplies and came by for a good conversation. A special thank you to our cousin Judi Shields for visiting Dad and taking him to visit MaryJane. We would also like to thank the staff at Revera Kingsway Retirement Residence. Give hugs and kisses to Mom, Kathy and Auntie Mag from all of us. We Rise Again Dad. We Rise Again. There will be a service and reception at Humber Valley United Church at a later date.
Order Flowers
Make a Donation
Help Extend the Memorial
Order a Keepsake Book