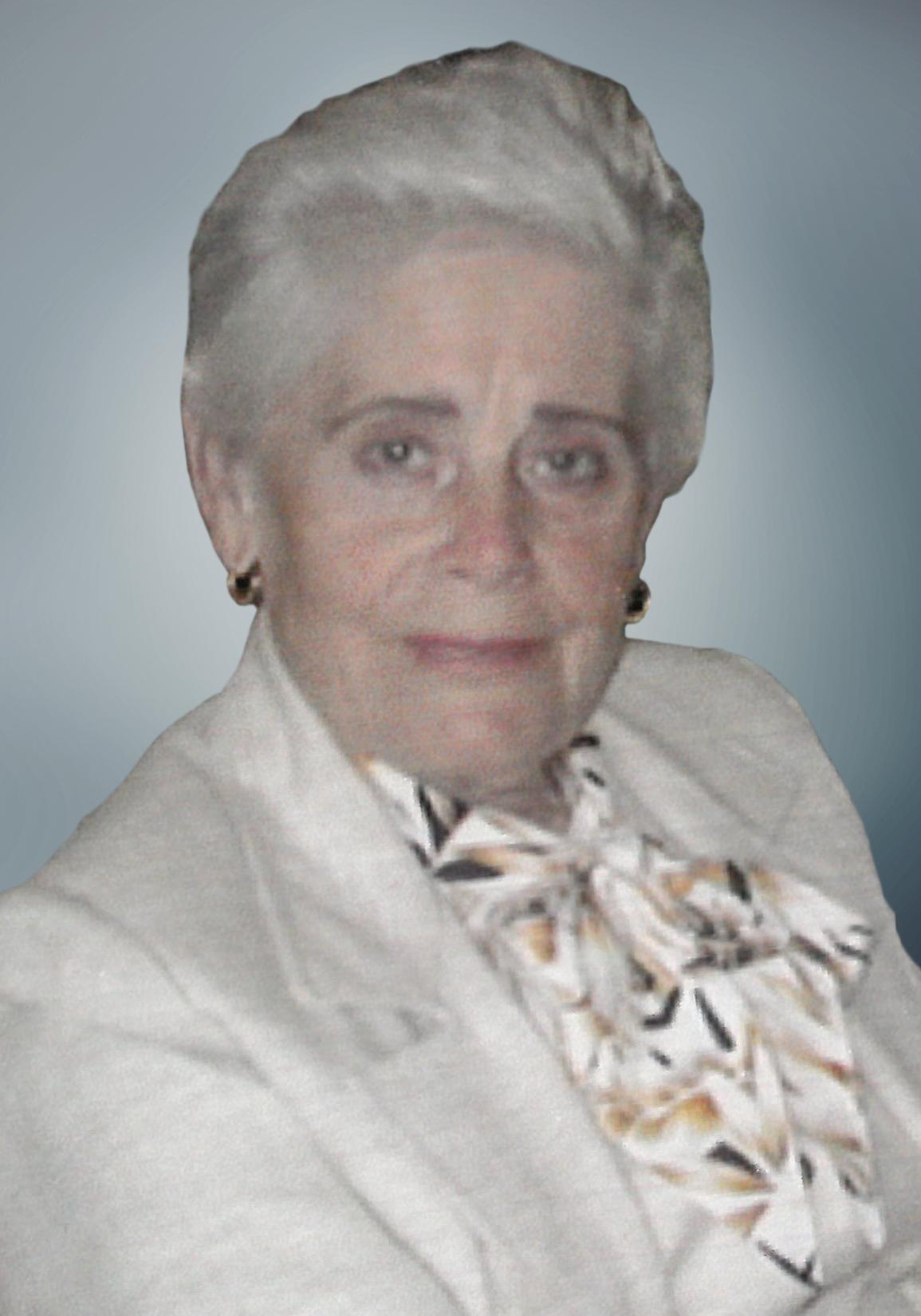 Stanislawa (Stasia) Sawicki was born in Dworzec, Wolyn Poland July 23, 1929 to Paulina Dziekanska and Joseph Sawicki. She was one of six siblings - Hilary, Halina, Mira, Kazik and Wieszek. The family lived on a farm, the land of which was given to their father Joseph, as payment for his Military service in World War I.

During World War II in September 1939, Poland was invaded and divided between Germany and Russia (their village being on the Russian side). In February 1940 Russian Soldiers came to their village, and gave the family 30 minutes to pack and take whatever they could carry. They were loaded onto horse-drawn wagons with skis, together with others from the village and taken to the Railway Station and put into cattle cars destined for Siberia. The family arrived at their destination deep in the Siberian wilderness and lived there in a forced labor camp in barracks with many other families.

In very harsh conditions, the men were forced to work clearing trees, while the woman and children were left to scrounge for food and supplies. Their father made shoes out of birch bark for the family as there was only one pair of boots that were shared amongst the children. The family was slowly starving to death.

In July 1941, the Russians changed sides and became allies. Joseph joined General Anders Army along with other former Polish soldiers and volunteers in Russia. Once again, the family was loaded into cattle train cars, with whatever possessions they could carry fleeing the labor camp towards the possibility of freedom. After several days on the train, it finally came to a stop and Stasia’s father and oldest brother Hilary got off the train to find water and bread. Without any warning, the train suddenly started moving and Joseph and Hilary were left behind. Hilary got separated from his Father and started walking the tracks to try to catch up with the slow moving train and was successful several days later. Their father Joseph was never seen again. In early 2000’s a search with the Red Cross revealed that he had died in a Typhus epidemic in Russia and was buried in a Polish Soldier cemetery in Uzbekistan.

The family continued on and stopped in Krasnovodks, present day Turkmenbasy, on the Caspian Sea. Thousands had arrived there fleeing the harshness of the Russian Labor camps. With limited to no food or supplies, the family picked cotton for rations and tried to find Joseph so that they could continue their flight from Russia.

Once their mother realized that she was on her own, she was determined and made it her mission to get her family out of Russia safely. In order to advance further, you needed to be a military family, so their mother lied about her oldest son’s age and presented Hilary to the military so that they could continue their journey. After much persistence she was finally able to convince them that Hilary would be a good soldier and they accepted him. Circumstances improved for the family with regard to more food rations and access to money. Hilary then left and spent the next year in Iraq, training and then boarded a ship to England where he was trained as a radio operator in an airplane bomber for the Polish 2nd Corps based out of London with the RAF.

The remaining family eventually boarded an old cargo ship, crossed the Caspian Sea with hundreds on board and landed in Isfahan Persia, present day Iran. From there, they were taken to Pahlavi, Persia, present day Bandar-e, Iran, where they stayed in tents, received medical care and food. All their clothes and belongs were burned to avoid the spread of disease and lice. After several months the rest of the
family moved to British Ruled Lebanon Palestine, where they forged some fond memories, attended school and were made to feel welcome by the Lebanese people.

In the meantime, their oldest brother Hilary was working to sponsor the family to move to and live in England. As for the farm back in Poland, it was now a part of Soviet Communist Ukraine. The village had been burned to the ground and any Poles left there had been murdered. There was simply nothing to go back to, no farm and no relatives. Today, what was their village, is now a forest in Ukraine.

Hilary was successful in sponsoring their brother Kazik first, then followed by the rest of the family to live in England. They boarded a ship in Port Said and headed for England. Stasia was 17 years old when they arrived and they resided in a de-commissioned airfield in old barrel barracks that had been divided into housing for the new refugees in the town of Melton Mowbray, England.

Our mother Stasia, eventually received a bursary and attended college, studying Textile and Design. She took her studies very seriously and was an excellent student. She had a gift of reciting poetry and was called on often to recite poetry from memory at Ministry of Education events. She was highly sought after and received thunderous standing ovations. Was approached to recite, record and publish, but Stasia was focused on completing her studies, forging friendships and making her mother and siblings proud.

Stasia met Wladyslaw Grotek, the love of her life in 1952. She was boarding with a family while in school. The family was out for an evening and told Stasia that a gentleman would be stopping by to look at a room that was available for rent and to show him in to wait, as they would return in time to meet with him. She was studying for exams when there was a knock at the door. She opened the door to a very handsome gentlemen and immediately advised him that the landlord would be back soon and that she was studying and not to disturb her. Wladyslaw couldn’t resist and asked Stasia out to the cinema for later in the week and she accepted. Aside from our mother being ‘stood up’ on that first date, because our father was playing his beloved soccer, forgot, and then followed with serious apologies and flowers and more apologies. They courted, and married January 10, 1953.

Their son Richard was born on their 2nd wedding anniversary; one of the best days of our father’s life. He was so proud and came to the hospital with dozens of roses for his beloved wife.

Since the rest of our mother’s family started immigrating to Canada (Toronto), our parents decided that they would as well. They travelled by ship, via The Queen Elizabeth, to Canada. Our Father ran around the ship deck with his toddler son for 10 days, while our mother was below deck suffering from major sea sickness for the duration of the trip. They were finally reunited with family, settled in Toronto, and shortly afterwards their daughter Irene was born.

Our mother was a very talented seamstress and worked out of the home for decades. She had customers that were consistently bringing material over for outfits of all kinds. They adored her. From wedding gowns, to tailored suits, to bridesmaid dresses with parasols. You name it, our mother created it. In addition to her regular cliental, she also made many of the dozens of costumes for Adam Mickiewicz Polish National Dance Troupe. One recollection, is the dozen chiffon Waltz gowns of various pastel colors that our mother created for the dance troupe. The troupe wore the gowns for the first time when they performed the Waltz at the newly opened Ontario Place for Prime Minister Pierre Trudeau.

Our mother was loved and admired by everyone. She had a wonderful way about her and always thought of everyone else and never herself. When her oldest sister became ill and was in a facility for
11 years, our mother went every day to feed her lunch. She would bring her little grandson with her on occasion to bring a smile to her sister Halina’s face. This is when our mother decided in her 50’s that it was time to learn how to drive. She was actually a ‘natural’, but it took her 5 tries and on that 5th attempt, her driving examiner asked her why she was so adamant to get her driver’s license, to which our mother responded and said, “Well I have my sisters’ car just sitting in my driveway, and every day I take a bus, then the subway and then another bus, followed by 1 km walk to the facility my sister is in to help feed her lunch”. The examiner immediately responded and said that that was a very good reason, “You Pass!” They never left the lot.

Aside from being a great cook, baker and the best mushroom picker ever, our mother had a great sense of humour, was hardworking, generous, devoted to her family and the best wife, mother and grandmother (Stefanek & Terenia) one could ever hope for.

On March 6, 2022, her husband passed and on May 12, 2022, our father extended his hand to his beautiful wife and gently embraced her as they walked together through the gates of heaven.

We will miss you…