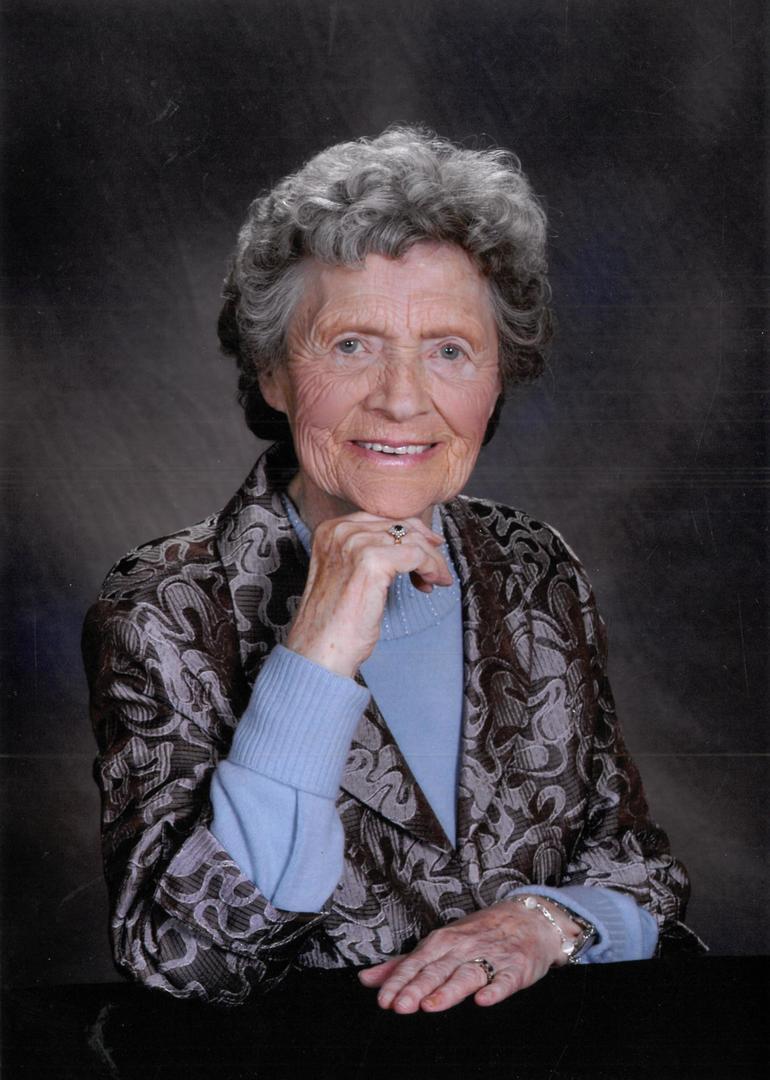 On March 8, 2021 Sheila left this world the way that she always lived – with quiet dignity. She leaves behind her daughter Joanne (Oliver Jerschow), grandson Jeffrey Lacey, her older brother Charlie Ross (Isobel) and many nieces and nephews in Scotland.
Sheila was born in Edinburgh on April 18, 1928, the youngest of six children to Lucy Allen and Charles Ross. She is predeceased by her brothers Frank and John, her sisters Margaret and Bessie and her beloved husband Leonard Bremner Taylor.
Nervous about going on a date with someone two years older than her, Sheila stood Len up for their first date. Undeterred, Len tried again, and they eventually married on December 15, 1950. They emigrated to Canada in 1952 and after saving for a few years, purchased a house in Etobicoke in 1955. That house would be the family home until December 2020.
Sheila’s first job in Canada was with the Bank of Nova Scotia. She also worked for Motorola, Ontario Hydro and eventually Birks. She loved music, particularly choral and classical music and enjoyed activities and services at Graceview Presbyterian. She also loved to swim and attended Aquafit at the Etobicoke Olympium until she was 90. Throughout her work and church life Sheila made many life-long friends who will miss her dearly.
Len and Sheila loved to travel together and went on many wonderful cruises with Holland America. They also visited family in Scotland and explored Europe, the United States, Mexico and the Caribbean together. After Len died in 1996, Sheila enjoyed a trip to Canada’s East Coast, a European cruise, smaller getaways throughout Ontario, and outings with her friends and family and music appreciation classes.
Sheila will be lovingly remembered by her many friends at Graceview, the Birks ladies, and her family here and in Scotland.
The family would like to thank those who have helped and cared for Sheila in recent years, particularly her wonderful neighbours Wendy and Ernie Carnegie, Hepworth Homecare and the incredible staff at Casa Dolce Casa.
In lieu of flowers, donations may be made to the Heart and Stroke Foundation of Canada or the Donald K. Johnson Eye Institute at Toronto Western Hospital.