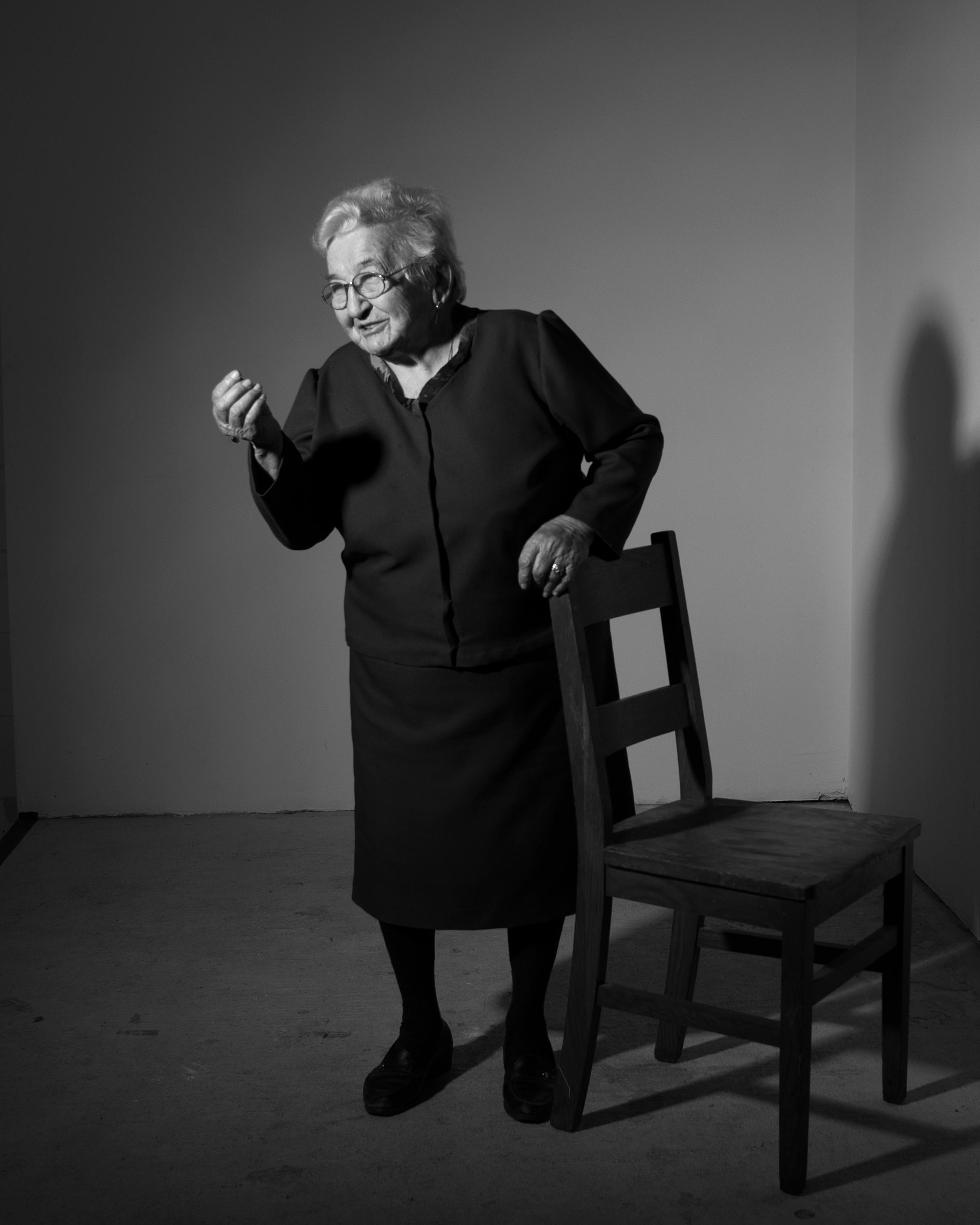 It is with great sadness that Maria’s family announce her passing at the age of 96. Maria is predeceased by her beloved husband of 64 years, Domenico, her parents Luigi and Teresa Morena, and her brothers Michele and Antonio.

Maria will be lovingly remembered by all her nieces, nephews, and many friends.

The Larocca and Colangelo families greatly appreciate your sympathy and condolences. Due to current restrictions, there will be no visitation and the funeral will remain private for the family.

Saveria Maria Morena was born December 17, 1924, in Panni Italy, the two first names the result of a race between her father and her nonna to see who could get to the town registry first. Maria looked back fondly at the simplicity of rural life and the strong sense of community living in Panni. The morning and evening walks to and from the fields were filled with the cheerful calling out of greetings and exchanged info about what was cooking for dinner that night. Maria met her husband Domenic in the village and got married in May of 1945, with two pairs of new shoes, white and purple.

In 1953, Maria crossed the Atlantic with her daughter Antonietta to be reunited with Domenic, who had left the previous year. When she landed at Pier 21 in Halifax after a week of seasickness, she wished for nothing more than to be “thrown back” to Italy. Although life in a new country was challenging, Maria applied the same determination as she did with everything in life and dove into learning a new language, finding work and creating a permanent home for her family of four after the birth of her son Luigi.

Maria loved learning new things, building community and growing her garden. Her teachers wanted her to continue her education, but Maria was only able to stay in school until Grade 5. A self-taught learner her entire life, she had a natural, wide-ranging curiosity and thrived in the broader worlds that her children and grandchildren introduced her to. In Canada she worked on a mushroom farm for the first year, later as a caregiver, and finally as the manager of four departments in a doll factory, which included a stint on television as she fashioned the hair for a Karen Kain doll. The security of owning land carried over into life in Canada and she and Domenic bought and managed multiple properties as strong investments for the future.

Outside of work, Maria found her greatest happiness in her garden, which she lovingly planted every year with a range of vegetables and fruit: tomatoes, beans, lettuce, rapini, peppers, even wheat and corn, and of course the treasured figs. Her true love was flowers, especially roses, the cuttings often traded with friends or snitched along public walkways. There are few people in her life who have not benefited from the rich produce of Maria’s garden. She was a skilled, self-taught seamstress, making all her clothing, and in later years she learned to crochet, outfitting family, friends and neighbours with slippers for life.

Maria loved feeding people. Her kitchen was always the centre of activity filled with family, friends and neighbours who loved to sit at her table and chat with her over shared treats from her stove or cantina. She canned hundreds of jars of tomatoes every year and was known for her pizza, taralli and especially for her lemon sugar cookies, which gained a nickname only a family member can tell you.

She will be missed by her family, friends and neighbours, who admired her strength and determination and can’t imagine a world without her.