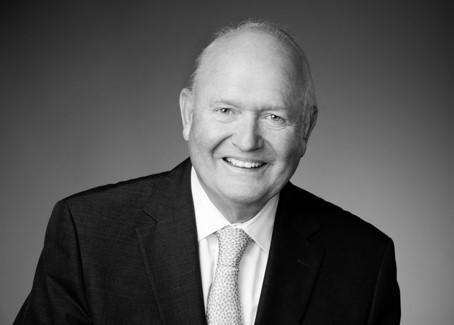 TO VIEW THE FUNERAL SERVICE VIA LIVESTREAM PLEASE USE THE FOLLOWING LINK:

Russell was born on July 18, 1943 in Talara, Peru, to Walter James Woodman of Toronto & Nora Wensjoe Woodman of Lima, Peru. Russell had an interesting life! Because his father, Walter J. Woodman worked for International Petroleum in Talara, his formative years and those of his older brother, Walter Jr. were spent there attending the staff school in preparation for the years the brothers spent as boarders at Upper Canada College. He graduated from the University of Miami, with a Bachelor of Business Administration in 1965. After living in Florida with his parents and brother, Russell decided to join the family firm, P.G. Thornley Co. in Toronto. He took a brief leave from the company to take Post Graduate studies in Economics & Computer Science at The University of Guelph, Ontario, in 1967-68 and then rejoined the firm after completion of those studies.

In 1972 the P. G. Thornley Co. was sold and Russell joined Hiram Walker & Sons becoming one of their youngest employees , and their first Brand Manager for such brands as Jameson Irish Whiskey, Cointreau, Ballantine's Scotch and Maker's Mark Bourbon. Increased responsibility within the Walker organization took place resulting in Russell's appointment to Vice President of the Wines and Fine Spirits Portfolio of Hiram Walker & Sons.

In the intervening years, Russell and his wife Christine had two children, Jason and Rachel. Russell started his own company, Woodman Wines & Spirits in 1991 here in Toronto. Over 30 years the Company has grown to represent over 60 International and Domestic producers of Fine Wines & Spirits with Jason and Rachel taking the leading roles in their ongoing development of products and brands that have appeal in the Canadian marketplace.

Having travelled widely both personally with Christine, Jason and Rachel, but also through his family connection with South America and his many, many connections throughout the world of wine and spirits, Russell has many friends. Up until this day, Russell was an active member of the Granite Club, the Royal Canadian Yacht Club and for many years was an active member of The Rotary Club of Toronto. Everyone appreciated Russell's smile, his gentlemanly manner, and his sense of humour.

Friends may call at the Turner & Porter Yorke Chapel, 2357 Bloor St. W., Toronto, on Sunday December 12th from 11 to 2 p.m. Funeral Service to be held in the Chapel on Monday, December 13, 2021 at 1:00 p.m. Due to COVID-19 restrictions, it is necessary to provide proof of vaccinations and photo identification to attend the visitation and funeral service, reception to follow. Private family interment. If desired, donations may be made to a local food bank.

To be determined.
TBD, TDB, ON, M6S4A8 Get Directions
Monday, 13 Dec 2021 2:00 PM - 4:00 PM
Info: Location of reception is to be determined.
Order Flowers
Make a Donation
Help Extend the Memorial
Order a Keepsake Book