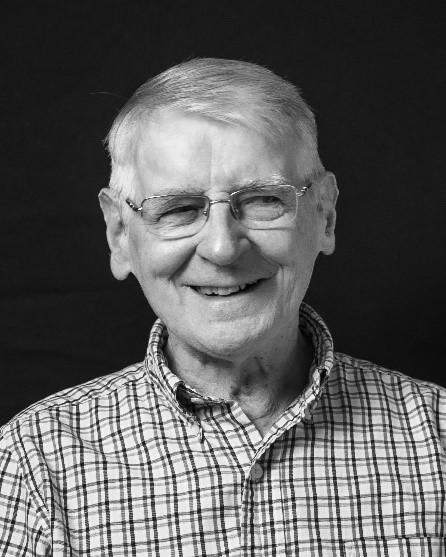 It is with great sadness that we announce the passing of Roy Fischer on August 13, 2021 at the age of 81. He passed away peacefully, surrounded by his family, after a long illness which he gracefully and stoically endured. Much loved husband of 44 years to Linda Fischer (nee Bean), devoted father to Paul, Alison and their spouses Stephanie and Phil, adoring grandfather to Sean, Hannah, Owen, Simon and Liam. He is survived by his brother Raymond and wife Bonnie, in-laws Brian and Carol Bean, and his loved nieces and nephews. Roy is pre-deceased by his parents, Vera and Herbert Fischer.

Roy was born and raised in Toronto. He attended Oakwood Collegiate, the University of Toronto as well as McGill University. After graduation he joined CUSO and was a teacher in Nigeria from 1962 to 1964 and later as field staff in Uganda and Nigeria from 1970 to 1974. He was a recipient of the Queen's Silver Jubilee Medal, recommended for his service to CUSO. His work with CUSO was an important and influential time in his life, full of adventure and life-long connections.

His later career was focused on post-secondary education and he worked in various administrative capacities at the University of Toronto and the Council of Ontario Universities. His love of learning led to his involvement with the Ryerson LIFE program in his retirement where he was able to learn and lunch with many new friends.

Roy and his family settled in the west end of Toronto. He believed in the importance of civic duty and was an engaged and avid member of the community through a variety of organizations. He was a long time parishioner and active member of the Runnymede United Church and his wise counsel and guidance will be missed.

Roy loved his family and cherished time together, especially holidays. Paul and Alison brought him so much joy and pride, and he was a dedicated, loving and engaged Grandpa always keen to play a board game or teach an old song. When he wasn't traveling the world, contemplating the proper use of a semi-colon, catching up on the news, finishing a crossword puzzle or exploring the City he loved, he could be found having a cup of coffee on his veranda with the love of his life, and best friend, Linda.

Roy's life journey took him to many interesting parts of the world and his influence on people was profound. He had many wonderful relationships with friends and colleagues over his lifetime and he will be remembered as a man of faith, honour and integrity, a true gentleman. His is an example of a life well lived.

Due to COVID restrictions, a private funeral service was held. The service was recorded and can be viewed here: https://www.youtube.com/watch?v=FrWXx4Lfu6A

In lieu of flowers donations can be made to Cuso International or Runnymede United Church.
Order Flowers
Make a Donation
Help Extend the Memorial
Order a Keepsake Book