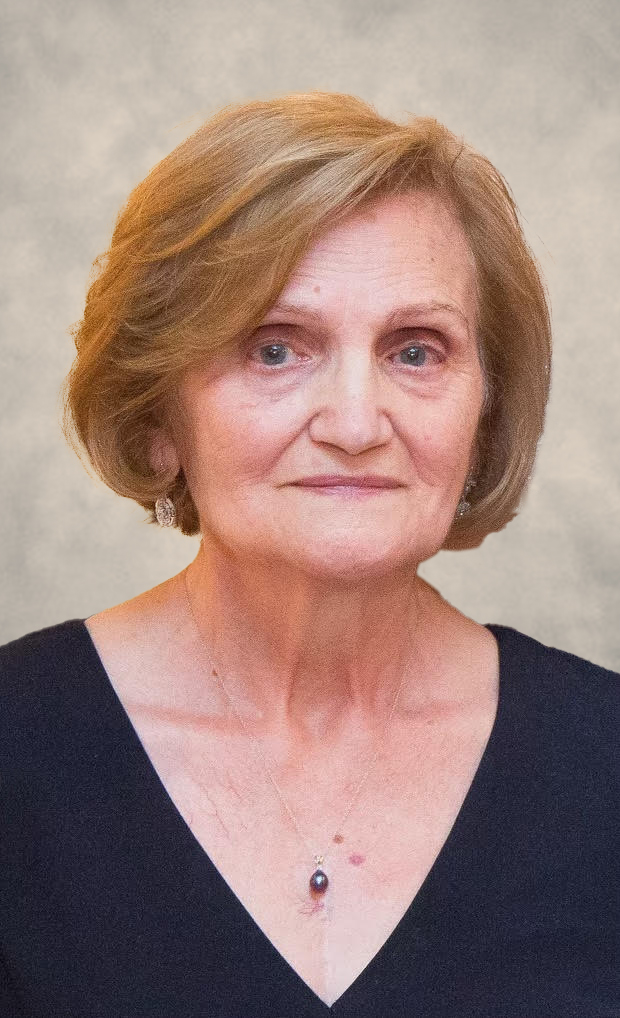 Rosalia Morrone, aged 85, passed away in her home at Chartwell Scarlett Heights, in Toronto on December 24, 2020, after a life well lived.

Her bountiful life began in Maddaloni, Italy, where she was born into a happy family on June 5, 1935. Along with her loving parents Antonietta and Salvatore Desiato, and her elder brother Angelo, Rosalia affectionately welcomed the arrival of her younger siblings Assunta, Cristina, Michelina, Maria, and Rodolfo. Although Rosalia’s early life included the many duties expected of the eldest daughter in her family, her childhood was also filled with much love, laughter, learning, faith in God, and the perfect chaos that came with having six siblings.

As a young child, Rosalia began her schooling in an era in Italy when girls were not expected to receive a formal education. Her multi-faceted intellect, her quick acumen with numbers and mathematics, and her sharp memory were often overlooked. It was during those early years that Rosalia channeled her many talents into learning a trade. By the time she was ten years old, her mother Antonietta made a pattern for her and cut fabric for the first garment that Rosalia would sew, beginning her lifelong journey as a skilled and successful seamstress. As she honed her craft, Rosalia also learned to design patterns and cut fabric herself by the time she was a teen, beginning to shape herself into an exceptional seamstress. She became an artist, creating garments to a couture standard for her mother, her sisters, and her many satisfied clients. Rosalia always had an enterprising spirit and she adored the independence and self-reliance her trade allowed her.

Along with her skills, it was this enterprising spirit, independence and self-reliance that led Rosalia to become a teacher and headmistress to young girls at a small sewing school in her town. Rosalia was a loving and attentive teacher and mentor, but she had become increasingly distracted each morning as she watched a handsome young man ride his bicycle past her school on his way to work. Rosalia had fallen in love with this young man, from afar. Her students noticed her distraction, exclaiming “la maestra é inamorata!” as they gazed and giggled at him out of the school windows each day. On one fateful day, Rosalia’s young students’ audible giggles summoned her handsome young man. Much to her surprise, Rosalia watched as the young man stopped his bicycle and entered the school, seeking to reprimand the headmistress for not controlling her students for their daily silliness, which had been angering and frustrating him. As he lodged his complaint, Rosalia’s beauty and strength disarmed him, as Rosalia temporarily forgot her girlish crush to fiercely defend her young students’ right to be silly. Rosalia watched the features of his handsome face soften, as the young man quickly abandoned his intended purpose for this meeting. That young man was Gennaro Morrone, and he had fallen in love with Rosalia that day. From their love-at-first-sight romance, Rosalia and Gennaro were married one year later, and they began to create the family that would be Rosalia’s proudest legacy.

In their early lives together in Italy, Rosalia and Gennaro had three sons, and then faced an unbearable hardship together when their youngest son, their beloved 4-month old Robertino, died suddenly in 1962. Courageously, they continued loving each other and expanding their family, with the birth of their fourth son.

Although Rosalia and her young family had a happy life in Italy, Rosalia missed the proximity of her birth family, as many of her siblings and her parents had emigrated to Canada while she and Gennaro were building their family. Rosalia longed to be reunited with her extended family in this new homeland, that she and Gennaro knew would give their children boundless opportunities. After being sponsored as new immigrants by Rosalia’s helpful and generous relatives, Rosalia and her family moved to Canada in 1965, to begin a new chapter as Canadians in the city of Toronto.

In Toronto, Rosalia and Gennaro expanded their family with the birth of their daughter. Although Rosalia continued to create stunning garments for clients to help Gennaro support their growing family, her most cherished work at this time was in her role as a mother to her precious daughter and her three adored sons. Rosalia loved her children with the same tenderness and strength she had given her students, fiercely protecting them, teaching them self-reliance and dedication to their work, encouraging them to be intelligent, responsible, adventurous, enterprising, and silly, at times, and always, vehemently loving them. With Gennaro, Rosalia inspired her children to find their own love stories, and create their own beautiful families. As that occurred, Rosalia happily and warmly welcomed new daughters-in-law, a son-in-law, and many grandchildren into her circle.

As the years passed, Rosalia spent her time stitching together the small and large moments of her abundant life: gathering and celebrating with her large family and many friends for informal chats and special occasions; continuously sewing new garments and mending old ones; cooking exquisite meals from scratch; copiously feeding everyone who entered her home with her homemade delights; cleaning her home with military precision; continuing to impress everyone with her astounding intellect and legendary memory; passionately loving and caring for her treasured grandchildren; praying to God everyday; and, always approaching all the people and moments in her life with her immeasurable kindness and love.

In her final years, as Rosalia bravely faced her husband’s and her own declining health, Rosalia earned the love of the dedicated staff at Chartwell Scarlett Heights. They became part of her extended family, supporting her and Gennaro with respect, kindness, and deep empathy. With their support and the help of her large circle of family and friends, Rosalia courageously faced the grievous loss of her dear Gennaro, her husband of 61 years. Rosalia is also predeceased by her beloved baby Robertino, her parents, and sister Assunta. Rosalia is survived by her four devoted children and their spouses, Peter (Jane), Rudy (Rosa), Robert (Dina), and Elda (Jonathan), and her seventeen grandchildren: Alexander, Loren, Peter Michael, Christopher, Matthew, Olivia, Serena, Thomas, Jonathan, Sarah, Daniella, Samantha, Leah, Federico, Kiara, Alessandro, and Leonardo. Becoming Nonna Rosalia to her treasured “nipoti” was her life’s greatest joy, and her memory will be a blessing to them, forever.

Until her final days, her lifelong dedication to her Roman Catholic faith, and her enduring love for her family and friends inspired and grounded her. Rosalia will be missed by many who loved her, and who will always love her.

A private family service will be held at Turner & Porter Yorke Chapel. For those who wish to participate via live stream please refer to the website in the coming days for the live link.
Order Flowers
Make a Donation
Help Extend the Memorial
Order a Keepsake Book