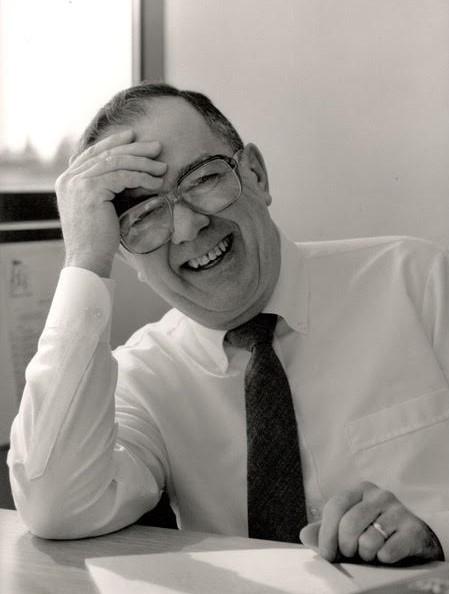 On April 22, 2020, Ron passed away due to COVID-19 at Kipling Acres Long Term Care Facility in Toronto. He was born on August 25, 1931.
Ron is survived by his daughters Robin Tonna (Vince) and Kelly Davidson (Dr. Robert Murray deceased). He is predeceased by Ruth Penelope “Penny” (nee Webster), his wife of 57 years, his son Cameron Webster Davidson, his brother Douglas Drysdale Davidson, and his parents Wesley Davidson and Irene Littler, all of Toronto.
Special thanks to Ron’s private caregivers, Pamela, Shirley, Marcia and Nickole. Their care, attention and compassion immeasurably helped Ron cope with his Alzheimer’s disease. We would also like to acknowledge the care from the staff at Kipling Acres.
Ron first practiced as a Chartered Accountant in Toronto. In 1967 he moved the family to North Bay to become one of the original faculty members at Canadore College (formerly Cambrian College), where as both a teacher and Head of the Business Division, he helped shape education in his field during a time of intense change that was largely driven by the computer revolution.
In his spare time, he coached Canadore's golf team, taught additional courses at Nipissing University, and alongside Penny designed, drafted and then, with his own hands, renovated or entirely built his family’s homes.
In addition to his love of his family, he loved the North Bay community, volunteering with the CNIB, the North Bay Symphony Orchestra and initiatives such as “save the Capitol Theatre” campaign.
Ron loved the game of golf and was a charter member of Osprey Links Golf club. He enjoyed many games with his dear friends. He lived for the days when the golf club would open in the spring.
He will be lovingly remembered by family and friends for his warmth, kind heartedness and his infectious laugh. He truly was a gentleman and an example of courage and strength in his final years.
A private celebration for family will be held. Expressions of sympathy may be made to the Alzheimer Society. Online condolences may be offered at Turner and Porter at www.turnerandporter.com