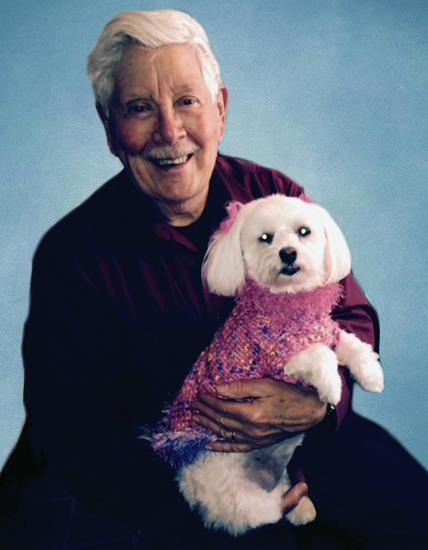 Ronald David Bough of Mississauga, Ontario passed away on May 21st at the age of 89.

Ron was predeceased by his daughter Catherine.

Although his physical health had been declining over the last few years, his mind and memory were still as sharp as a tack. He was living at home and enjoying visits from family members right up until a fall in his home.

He previously had also loved going for a coffee and chin wag with his good pals Roy Plant and Oli Hajny and kept in close touch with long time friend Mike Maguire.

Ron was a ‘hugger’ who introduced the practice to the Funk Family with his marriage to Cecilia (Cece) and it was a welcomed tradition of the entire family for the 29 years he and Cece were together. You could rarely leave the house without a hug from Ron.

Ron was born in Timmins, Ontario, Canada on August 26th, 1932 but the family returned to the UK when he was young. On the advice of his parents he eventually returned to Canada and set to work forging a successful career in management at International Harvester, John Deere, E. D. Smith and lastly at Simmons Canada.

All through his life, he was a lover of classical music having played trumpet in his youth. That said, his love of popular music ran from Johnny Mathis to Elton John. Mathis’s song ‘When I Am With You’ was the first song played at his wedding to Cecilia and Elton’s ‘Benny and the Jets’ was always a fun romp at any time!

Ron was also a handyman who helped restore several properties he owned with his broad skills and business savvy. Throughout his life, he completed endless projects both in the workshop and in the garden where he put his green thumb to work.

After retirement, he took great pleasure in contributing his time as a volunteer at the Credit Valley Hospital and worked there for many years.

Ron was truly a lovely man and well-loved by everyone who knew him. He will be sorely missed but remembered fondly by Mahfar Rabbany Bough, Lynda Post Funk, Stephen Fyfle, members of the Baha’i community and so many others he has touched over the years with his quiet yet fierce love and loyalty.

His lasting message to all of us would be to take care of one another and to be our best selves, advice he truly embodied every day he was with us.