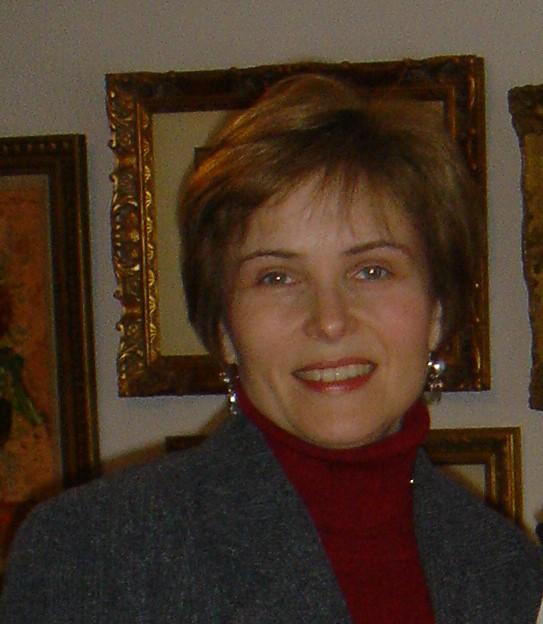 Roma was born in Toronto in Dec. 1961. She was the second daughter of Stephan (pre-deceased) and Daria Holyk. She leaves behind her husband, John/Olesh and daughter Alya. She had an older brother (Walter) and sister Marta – predeceased (Bohdan). In addition, Roma leaves behind nieces and nephews: Andrew, Yuri, Kvitka, Lydia, Marko, Michael, Christine, Taras, Mark, Billy, and Yvonne. Roma had an uncle and aunt (Walter and Darka Fedoriw) (both pre-deceased) and cousins: Yurij(Kelly) and Andrij(Natalia) in the USA.

Her father, Stephan was born in Medyka near Przemysl in Ukraine (now in Poland). Her mother, Daria is from the town of Uhornyky near Ivanofrankivsk in Western Ukraine. Daria’s father was Vasyl Fedoriw and her mother was Barbara Hrechanyk (both predeceased).

Roma’s parents met in Toronto having emigrated there after WWII. Roma attended McMurrich junior public school and Humberside Collegiate. In the evenings and on Saturdays she attended Ukrainian school where she studied the Ukrainian language, history, culture and religion. She also joined the Vesnivka choir where she sang soprano for many years. Roma studied piano and was a good performer (Chopin). After high school, Roma attended the University of Toronto and graduated with a pharmacy
degree. She went on to work as a pharmacist at Etobicoke General Hospital and then in the neo-natal pharmacy at Mount Sinai Hospital.

Growing up, Roma enjoyed her summers at the family cottage in Cawaja Beach, Ontario. She also was a member of the PLAST Ukrainian Youth organization and was able to attend summer camps across Canada.

Roma met her future husband, John/Olesh in 1981. John’s parents were also from Ukraine. Roma and John were married in 1985 and Roma gave birth to Alya in 1990.

Most recently Roma and John lived in North York. Roma enjoyed travelling, especially to Europe. Recently she was able to visit her relatives in Ukraine and to see what a wonderful country Ukraine is … except for the roads. Roma was an amazing cook having been trained by her grandmother early on (we have photographic proof). She followed a paleo diet and adapted many recipes to avoid gluten and dairy. Roma loved chocolate, wine, and sushi.

Roma was an independent thinker and explored alternative points of view in all aspects of her life. She was a smart cookie, maybe smarter than her husband. She loved going for walks to keep fit. She was very friendly and would start up conversations with strangers when shopping…kind of like her father. One day, on returning from a shopping trip at Yorkdale we found her father chatting it up with a couple of nuns. They were staring at him in awe.

Roma loved her daughter deeply and there wasn’t anything that she wouldn’t do to help Alya. Roma thoroughly enjoyed classical movies. During her teenage years, she spent many Saturday evenings with her friend Martha watching Elwy Yost. One day her teacher announced that Elwy was going to be the substitute teacher the next day. Roma was so thrilled.

She was ill for a long time but always held her head up. Everybody is looking for something and we certainly had many sweet dreams but now she has moved on. She will be remembered and missed by all who knew her.

If you wish your donation to go to DZHERELO (Lviv based disabled children support centre) you can do so by including a note with your donation.
Order Flowers
Make a Donation
Help Extend the Memorial
Order a Keepsake Book