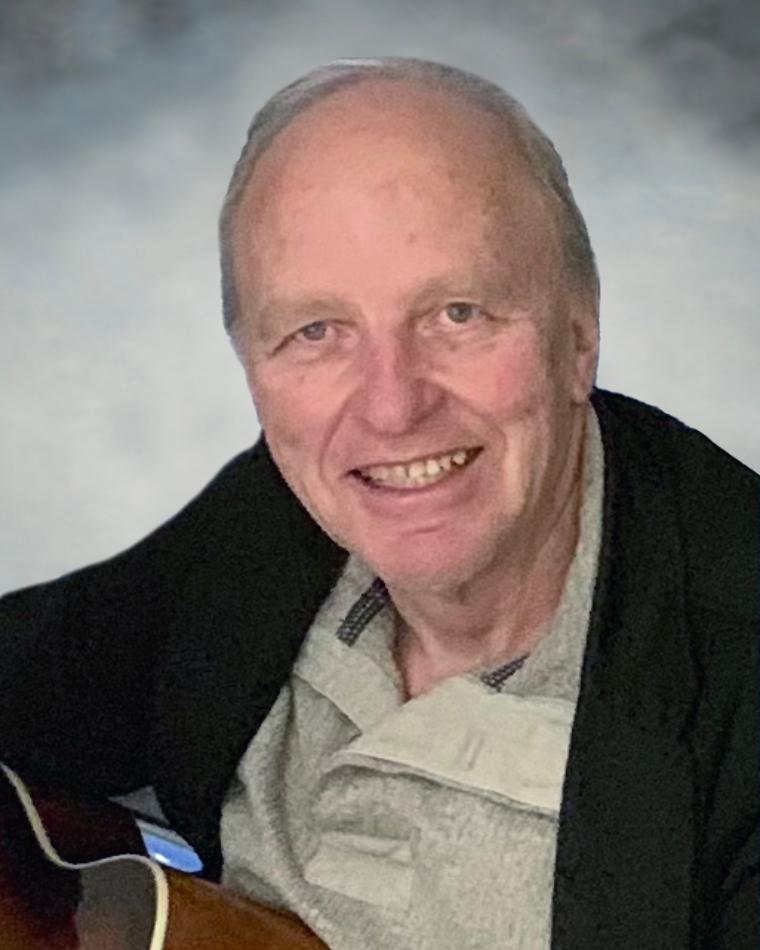 Last week, we said farewell to the one and only, Roger Deschenes. At home with his wife, Susan, and daughter, Jennifer, by his side, Roger took his final breath in the early hours of November 10. Born in Sudbury, Ontario in 1953 and raised in Toronto by parents Guy Deschenes and Rachel LeBlanc of Parry Sound, Roger loved the city of Toronto. He was fiercely proud to be Canadian. Having traveled the world while working for his brother, Victor Deschenes, Roger always said that, without a doubt, CANADA IS THE BEST country in the world. Roger adored and, in turn, was adored by his family, his son-in-law, “Atkin Boy” (Matthew Atkin), nephew “Air” (Aaron Deschenes) and brother “Raym” (Raymond Deschenes). He is best known as “Papa” to his beautiful grandchildren, Rachey, Towhead and Grand. “GO YOU TITANS!” Always one to take the road less travelled, Roger enjoyed countless adventures with his next-door neighbours and best friends, Steven and Jake Longo. Roger and Susan also spent fabulous times with “Rental,” “W” and their families, with Mike and Sandy Hrynchak (“Hrancherama!”), and the famous Sutton clan. In his many careers, Roger was a construction labourer for Liuna 183, onboard courier, restaurateur, entrepreneur of Bacon Boys, Just Hangin’, Roger’s Meats, Bader Meats, and a one-time candidate for Toronto City Council. Roger was an eternal teenager in the best way imaginable – he loved to question authority and believed that, in principle, authority must always be questioned. Homelessness was an issue he felt strongly about, noting that, in a country like Canada, everyone should have a heated place to live. Over the years, he volunteered his time with Out of the Cold Homeless Shelter at All Saints Anglican Church, and would always have an open hand, heart and wallet to people less fortunate than himself. He loved music, played the guitar, and knew the words to most songs from the 1940s, through to 2020, including the lyrics to the Fugees’ first album from driving his daughter to school every day in the 1990s. Roger was also a lifelong car afficionado, driving and having owned a 1967 Marlin, 2016 Mustang, 1956 Oldsmobile, 2011 Lexus SC 430 and a 1993 Ford F-150 Flareside pickup, among countless others. Car shows were among his favourite places to pass the time, and he drove all over North America in search of the next vehicle that “needed” his tender loving care. His main attraction to classic cars was the nostalgia of days gone by, the reminiscences of a simpler time. Roger knew life was not about securing hard-and-fast answers, but asking questions and staying curious, inquisitive, and open-minded. He was a philosopher, humanitarian, lifelong learner and an exceptional listener. When asked what are the words to live by, he believed in the Golden Rule, “Treat others as you would like to be treated.” And he lived precisely that way, treating everyone he met with dignity and respect. He advised that, when you are lost, seek help, and when you need to talk, find someone to listen because there is usually someone who knows more than you, and will be able to help. Roger’s legacy lives on through his huge, awesome circle of family, friends and fellow intrepid voyagers on this wild journey of life. If the purpose of life is to leave the world a better place, Roger can rest easy. Through his simple, countless acts of kindness and generosity, Roger Deschenes changed lives, brought tons of laughter, and left everyone smiling. While he headed out far too soon, how lucky we are to call him our friend and to laugh out loud recalling the terrific memories. Love you forever. You’ll stay close, we promise. Roger was predeceased by his parents, younger brother Michael and best friends Gordie Sutton and Tom Belek, who he hoped to greet when crossing over to the Golden Shore. We sure hope he will be waiting for us, when our time comes. The family is sincerely appreciative of all the meals, flowers, support and expressions of sympathy they have received over the last weeks. If you’d like to make a donation in Roger’s name, please consider Pancreatic Cancer Canada or All Saints Church Kingsway Out of the Cold program. Online condolences may be made through www.turnerporter.ca
Order Flowers
Make a Donation
Help Extend the Memorial
Order a Keepsake Book