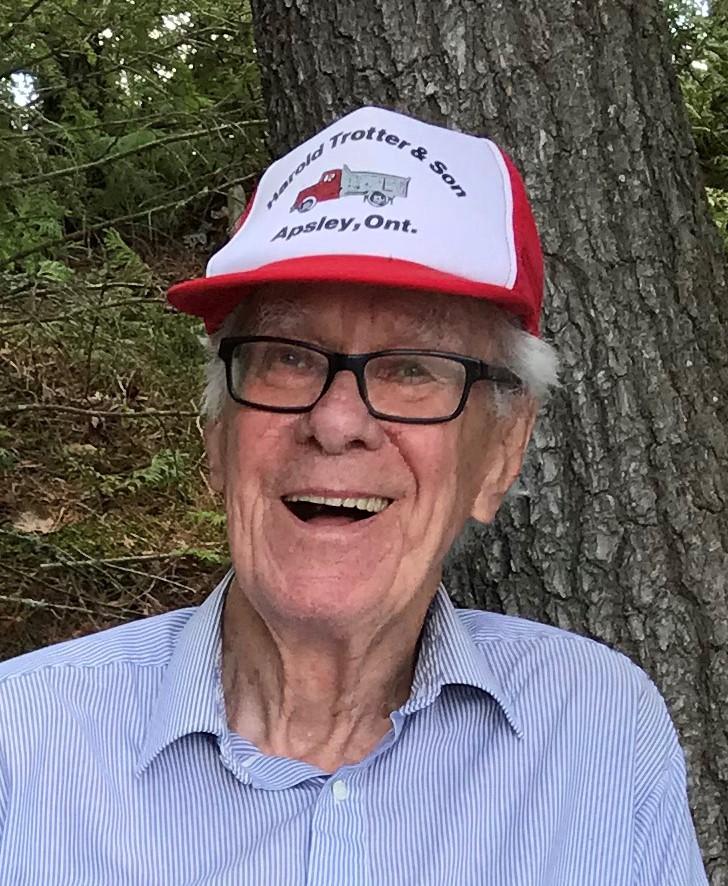 It is with great sadness we announce the sudden passing of Robert William (Bob) Smale on Tuesday, January 3rd, 2023 at the age of 90. Bob was born in London, Ontario to parents Ellen (Nellie) Smale and William (Bill) Smale. He is survived by his loving wife Sharon (née Sinden) of 45 years and three beautiful daughters from this union. Andrea (Jacob); Janet (Marc) and Leslie (Nick). In a previous marriage to Patricia (deceased), Bob fathered four daughters. Karen (David) Linda; Marie (John) and Julie (Jim). As a result of bringing all these lovely women into the world he leaves behind 9 grandchildren and 3 great grandchildren (7 boys and 5 girls and so Mother Nature evens things out) and became a loving Grandpa to all of them. Bob was predeceased by his sister Annabelle and has a younger brother Jim living in London, Ontario.
Bob grew up in Mt Brydges Ontario and as a young man worked in several places including various tobacco farms and an ice cream parlour from which he would laughingly tell of his dismissal because of serving too much ice cream to his friends! He went on to work with Bell Canada installing transfer stations throughout southern Ontario and other locations in Canada; drove a school bus (where he stopped traffic both ways on the QEW!); managed several gas stations on the QE near Fruitland, Burlington, and Bronte Rd. for a number of years. He finally moved on to Ford Motor Company where he started first in warranties and then found his niche in parts sales, where he became top parts salesman in Ontario. Following more than 25 years with Ford he retired but continued his sales career selling floor finishes; Terra Cotta Cookies to GTA schools and finally driving shuttle buses for nearby car dealerships.
Eventually, he truly retired and spent time in his vegetable garden and with his grandchildren and tinkering with projects, something he had done all his life. He was very interested and knowledgeable about cars, airplanes, and aviation history, stamp and coin collecting, and took great pleasure in furthering his knowledge as a history buff. Bob was a long-standing and dedicated member of the Streetsville Lions Club, Streetsville Probus, and the Streetsville Horticultural Society enjoying the camaraderie of all of them. A supportive member of the community, he was well known for his witty personality, his many jokes, and his ability to converse with almost anyone about almost anything. He will be sadly missed by all.

Our family would be delighted to have you drop in between 1:30 and 4:30 to share happy thoughts, laughter, and memories which Bob would have loved. We will have a short "formal" recognition at about 2:00

In lieu of flowers, donations would be gratefully received by the Streetsville Lions Club and put to very good use. Please note they are a non-registered charity. Cheques can be sent to: