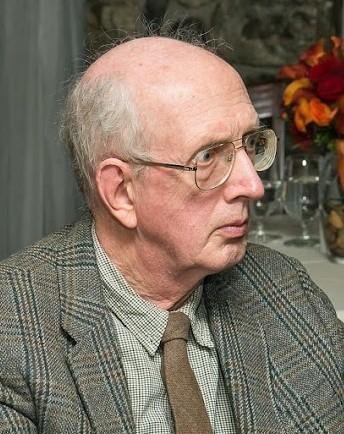 I used to joke with my kids about the saying “Bob’s your uncle”. Well, he was. My brother Bob was a wonderful uncle to my three children, and a loving grand uncle to their children. Today, my family’s hearts are sad to say goodbye to my big brother, Bob.

Our brother Paul has been closest to Bob over the many years of them working, travelling, and just hanging out together. Paul provided loving care to Bob in his final weeks for which we are eternally grateful.

Bob lived a long, full and productive life. Although he never married or experienced the joy of having his own children, one of his biggest pleasures was spending time with family. We knew that at family gatherings, Bob would show up with a couple of his favourite Sara Lee Cherry Cheesecakes. And of course, we always deferred to Bob when he reached for both turkey legs at holiday meals.

Bob enjoyed politics at all levels. He was always involved in some capacity in municipal and provincial campaigns, lobbying for more programs for the homeless and the working poor. He was a great letter-writer and the Toronto Star received regular submissions from Bob in the Letter to the Editor category.

Bob was a passionate social activist for the homeless in the Cabbagetown community where he lived for many decades. He would proudly tell us about the protests he participated in, such as the 1989 “Bread not Circuses”, being arrested, hoping to make it on the front page of the newspaper, only to be quietly released out the back door of the jail … no story there!

In the September 1994 article “A Brief History of Rooming Houses in Toronto, 1972-94” by Philippa Campsie, Bob is quoted as follows: “Some people would prefer a slum landlord because he accepts you as you are, all he wants is your money. Non-profits try to govern people’s lives, they want to rehabilitate you.”

Bob, we accepted you as you were. You added to our lives in ways that are too numerous to mention. Rest easy now.