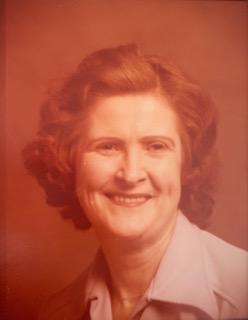 It is with heavy hearts that we announce that on Friday, April 16, 2021, at the age of 89, our dear beloved Rita, loving wife of Warren Joseph Kenny of 70 years, passed away peacefully at Wesburn Manor in Toronto, Ontario, with family by her side.

Rita devoted 20 years of service to Trillium Health Partners – Queensway Site, formerly Queensway General Hospital. In addition to her weekly volunteer work at Queensway, Rita held a number of roles including serving on the Women’s Auxiliary Executive of the Islington Branch, ultimately as Chairman. In 2008, Rita was awarded the Ontario Volunteer Service Award from the Ontario Government, recognizing her contribution to her community.

Her family would like to thank the staff of Wesburn Manor for the loving care they provided to Madame Rita and her family.

A private funeral will be held at Rita’s beloved Our Lady of Peace Catholic Church, with Interment to follow at Assumption Catholic Cemetery.

For those who wish, a donation in her memory to Trillium Health Partners (trilliumgiving.ca) would be appreciated.