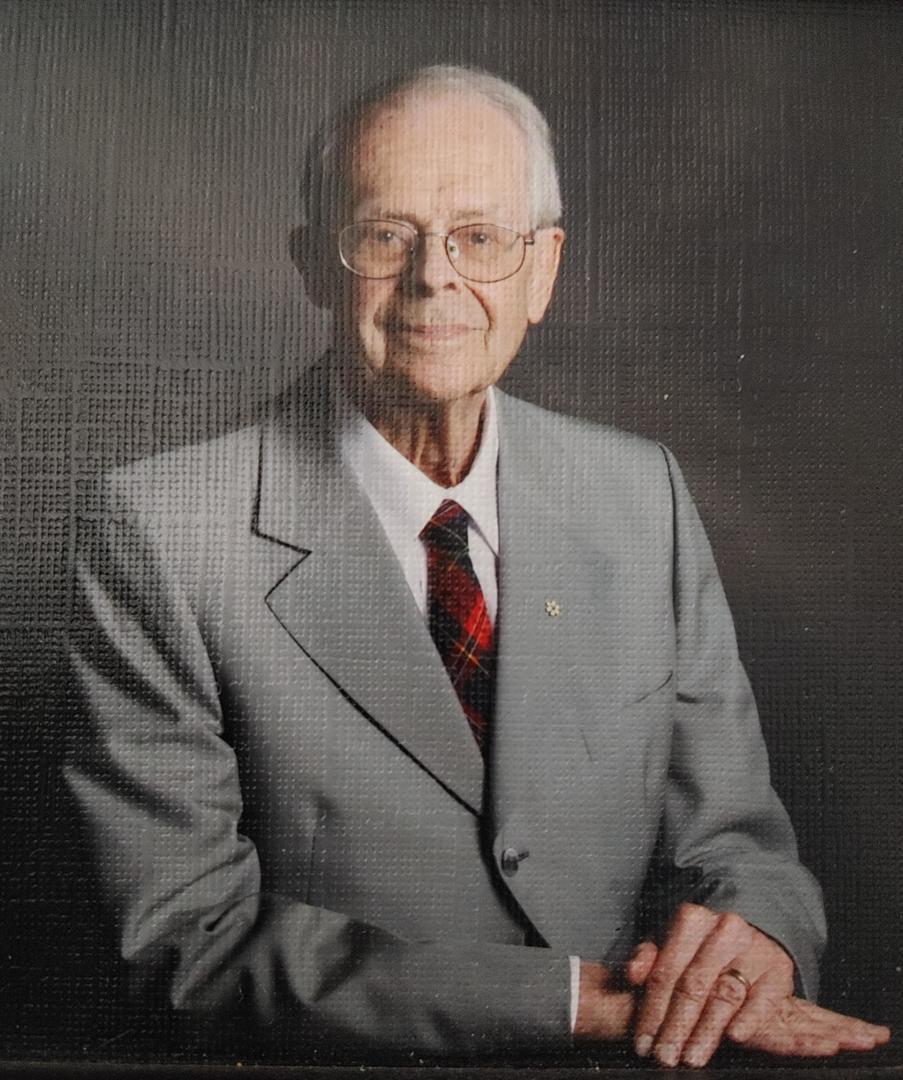 A Member of the Order of Canada, Douglas was Principal Emeritus of Emmanuel College (of Victoria University in the University of Toronto, founding Director of the Toronto School of Theology, and Minister Emeritus of Christ First United Church.

Douglas was born October 10th, 1925, just months after the formation of the United Church of Canada, to an erstwhile Methodist Minister (Charles) and a church organist (Luella). Growing up in rural communities in southern Ontario, he excelled in his studies, especially when the family moved to Toronto. Throughout his studies, from Victoria College and Emmanuel College through to a Ph.D. at the University of Edinburgh, Douglas was determined to follow his father into ordained ministry in the United Church, a calling in which he was soon joined by his brother, Donald, and his brother-in-law, David Reeve.

His professional academic career began when he was in his early twenties, as a Lecturer at Queens University, training returning veterans in Logic.

After pastoral assignments in the Elk Lake and Trafalgar charges of Ontario, Douglas returned to academia at Emmanuel College.

He traveled continually promoting interfaith dialogue around the world as a visiting lecturer in India, Korea, Zambia, South Africa, and the Philippines, with multiple trips to Israel and China, and on special projects for the United Church and for the World Council of Churches.

Doug’s distinguished career as Professor of the Philosophy of Religion and of Christian Ethics at Emmanuel College led to his selection to form and direct the Toronto School of Theology. His success at persuading the leaders of disparate Christian colleges to share resources and cross-train their next generations of theological scholars and ministers, and his reputation as an international elder of the inter-faith movement, resulted in Doug being made a Member of the Order of Canada in 1988.

After a decade at TST, Doug returned to his beloved Emmanuel College as Principal, from which he retired after nine challenging years. Even in retirement, Doug pursued his passion for theological education as President of the Association of Theological Schools.

Cremation has been performed. A memorial service will be announced in the coming months.