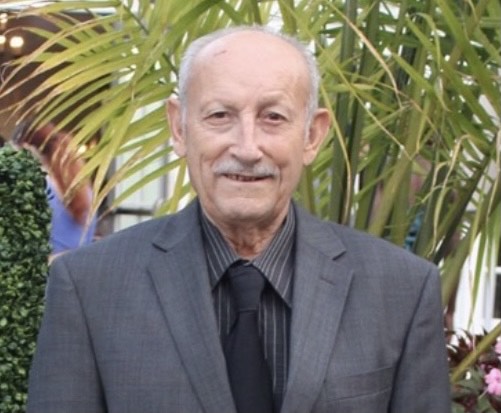 It is with heavy hearts that we announce the passing of Ottavio Catani in Mississauga on Thursday, January 21, 2021, in his 87th year.
Loving husband of the late Teresa Catani (April 12, 2007). Devoted Papa, to Julio (Vera) Catani, Gabriella (Rob) Ciccanti, Gina (Bob) Farrugia. Dedicated Nonno to Sarah, Nicole, Laura, Jessica, and Emily. Son to his predeceased parents, Domenico Catani and Lucia Diodoro. Loving brother to his predeceased siblings, Vincenzo, Pietro, Veniglia, and Antionette.
He will be dearly missed by his extended family, and friends from Mississauga and Italy.

Ottavio was born September 4, 1933, in Pescara, Italy, and was the youngest son of eight children. He would tell you that is how he earned his name Otto (the number 8 in Italian), being the eighth child.

On February 18, 1956, he married the love of his life, Teresa. They quickly started a family and welcomed their first child, a son, Julio. Ottavio was a proud father and husband who had dreams of a better life. In pursuit of those dreams, the then family of three boarded Queen Frederica and started their journey to immigrate to Canada. They arrived in Halifax, Nova Scotia at Pier 21 on April 12, 1958, with only ten dollars and a trunk of belongings.

Upon arriving they settled in Mississauga, Ontario into a home with several other Italian immigrant families. Soon after, Ottavio and Teresa would have two more daughters, Gabriella and Gina.

Ottavio began his work journey in construction becoming an expert in cement and brickwork. Later, he joined the Peel District School board as a Building Supervisor, where he was a dedicated worker until his retirement at age 65.

Ottavio enjoyed attending the weekly mass at St. Catherine’s of Siena Church and he was also a member of the Mississauga Club Italia and the Huron Bocce & Social Club. Ottavio enjoyed his outings at the Casino which he did frequently through the clubs as well as playing Bingo. In his earlier years, he enjoyed spending countless hours tending to his garden and he cherished the yearly task of making his own wine and tomato sauce with his family alongside. Over the years Ottavio enjoyed traveling to Southern destinations in the Winters and on occasion to Italy.

Ottavio had a kind, funny and loving spirit. His calm, quiet demeanor and words were spoken with pride made for enjoyable conversations. He was always engaged in sharing stories and opinions and this will be missed.

His soul not only represents a lifetime of hard work and dedication to his family but the achievement of a dream for a better life. Ottavio’s brave decision to take a chance in a new country where he did not speak the language, allowed his family to enjoy freedom and prosperity in Canada.

Ottavio’s values around hard work, family, and loyalty are instilled in all of us. His belief that all things are possible with faith and persistence is the legacy he leaves behind.

The family asks that in lieu of flowers, donations in his memory be directed to the Kidney Foundation at www.kidney.ca.

Due to Covid restrictions, a private visitation and service have been reserved for immediate family only. Thank you for your understanding.

(The family wishes this to be a private event.)
Turner & Porter - Peel Chapel
2180 Hurontario, Mississauga, ON, L5B 1M8 Get Directions