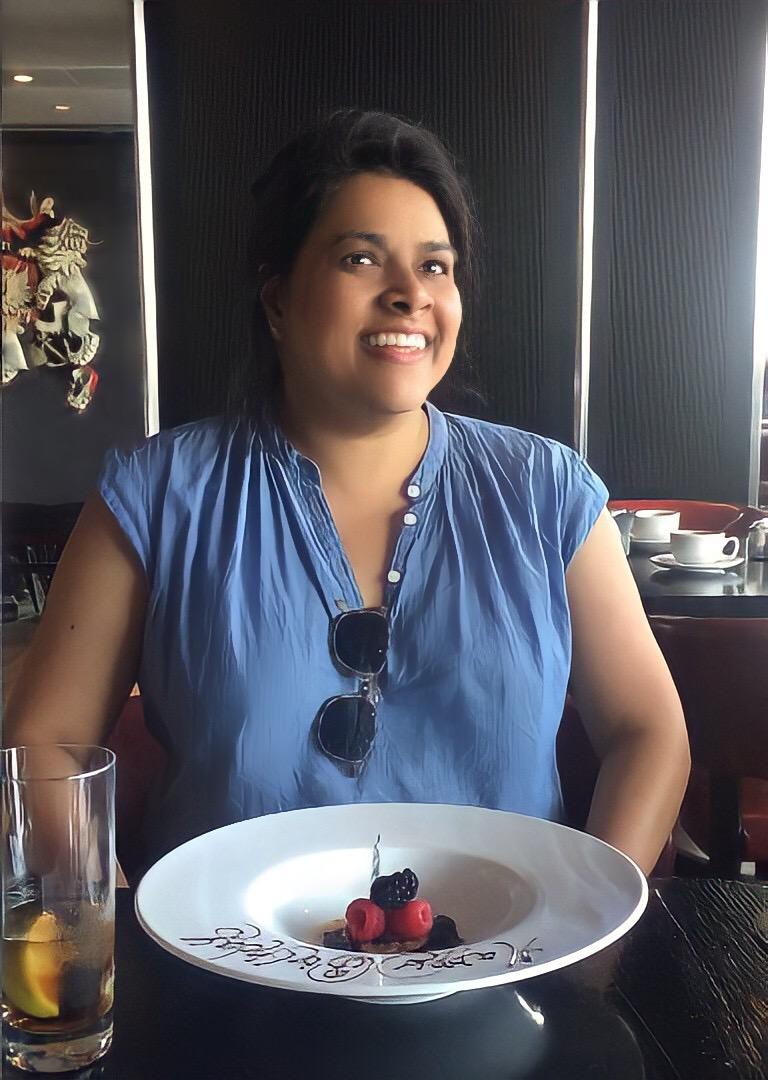 It is with utter devastation that the family of Nasreen Rina Hoque announces her untimely passing on February 14 in Toronto after a suspected stroke. Rina was a totally devoted daughter to her mother Aphia, sister to Bill (along with his wife Chris), and Nina, and Aunt, to the light of her life, Sasha. She was predeceased by her father Khandker Shamsul Hoque. Both Rina's parents are from Bangladesh and sought higher education in Europe before travelling to North America and ultimately settling in Nova Scotia, where Rina was born.

Rina was an incredibly smart, hardworking, and accomplished structured finance lawyer with a career spanning many cities including Halifax, Toronto, London, Dubai, and Singapore. She held a Bachelor of Science degree from McGill University (and while there she completed a semester at Duke University), a law degree from Dalhousie Law School, and an MBA from INSEAD. She was a very proud alumnus of all three institutions. Rina spent her early school years in Antigonish and Dartmouth, Nova Scotia.

Rina started her legal career at McInnes Cooper in Halifax before moving to Gowlings in Toronto. While at Gowlings, she did a secondment with the Canadian Bankers Association before taking a short break from the law to complete her MBA and work for A.T. Kearney. The law pulled her back and Rina moved to London, England to work at global law firm, Freshfields, where her sister Nina also worked. After leaving Freshfields, Rina moved to the inhouse legal department of a number of the world’s finest financial institutions including Standard Chartered Bank in Dubai before joining Natwest Legal Markets where she truly found her work home and family.

Professional accomplishments aside, Rina had a phenomenally caring and compassionate soul. She made friends with people wherever and, in whatever situation, she found herself in. She touched many people with her generosity and acts of kindness.

Rina was also infinitely curious, well prepared, and sometimes silly, approaching everything she did in the same way. She also loved to shop.

She travelled extensively, from climbing Mount Kilimanjaro to a cultural trip to Mecca and Medina with her parents to learn more about their faith. She learned to speak French in Switzerland and when she needed a second language prior to her MBA, she learned to speak Spanish with Bill, not in a classroom, but in Costa Rica. When she had a goal in mind, she worked tirelessly and diligently to achieve it.

Rina was singularly devoted to her family and, in particular, her beloved mother Aphia and her niece Sasha. She spent every day since the beginning of the pandemic making sure that our mother remained safe. But this was not just the past year, it was a life-long devotion.

We are so thankful and proud of her life and we are at a loss for words to express how much she will be missed. We have taken great comfort from and are incredibly grateful for the kind words which have been shared with us from around the world and the support of her friends and colleagues.

Rina will be laid to rest on February 27, 2021, at Glen Oaks Cemetery in Oakville. A Celebration of Life will be organized at a later time. Messages to the family may be sent to rinas.family.2021@gmail.com.

To make some sense of this tragedy we are asking Rina's friends and colleagues to help raise awareness of the symptoms of stroke and heart attacks in women. This is an area which needs to be highlighted. Please use the following link to learn more https://www.heartandstroke.ca/women

If you wish to contribute please donate to:


1. In Canada - the Canadian Heart and Stroke Foundation http://support.heartandstroke.ca/goto/rinahoque


2. In the UK - the Stroke Foundation https://www.justgiving.com/fundraising/rina-hoque