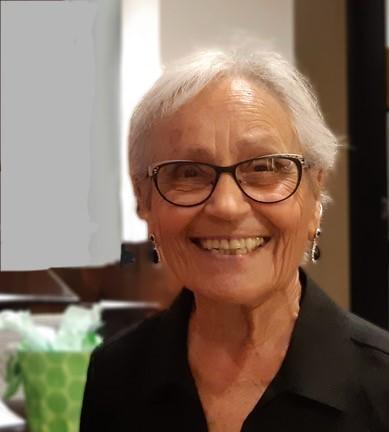 On November 2, while on a long-awaited Mediterranean cruise with her beloved spouse of almost 70 years, Monique suffered a heart attack and died in Naples, Italy. She was a vibrant, intelligent, likeable woman who will be missed by all who had the pleasure to know her. She is survived by her husband Max who is missing half of his heart now, as well as her daughters Colette (Jack), Jacqueline (Greg), her 5 grandchildren, Julien (Stephanie), Rachel (Navin), Nicolas (Sara), Zoe and Mark (Natalie), and her 3 great grandchildren, Olivia, Henry and Sydney.

Born in Egypt, she and Max came to Canada in 1956. She got a PhD in linguistics and taught at Glendon College of York University, then l’UQAM in Montreal. Teaching was her passion and she covered all levels of education from grade one to Ph.D. She was beloved from all her students. In the early nineties, she and Max became co-editors of Cité libre magazine as a means of combating a growing number of people who wanted to break Canada. Through Cité libre, they continued the struggle started in the early fifties by Pierre Trudeau and a few others. In so doing, they befriended Pierre Trudeau and later co-wrote 2 biographies of Trudeau which were very successful and won awards. Monique and Max are very proud Canadians and they both worked tirelessly to prevent the breakup of the country that she often described as the best in the world.

She continued to stay active, mentally and physically, up until the very end. She loved playing bridge with her neighbors in Toronto and in Longboat Key, Florida, was an avid pickle ball player and a formidable word game enthusiast, doing the Wordle until the day she died.

We will miss her sense of humor, her intellect and her playfulness.

In lieu of flowers, donations can be made to Amnesty International or MSF.