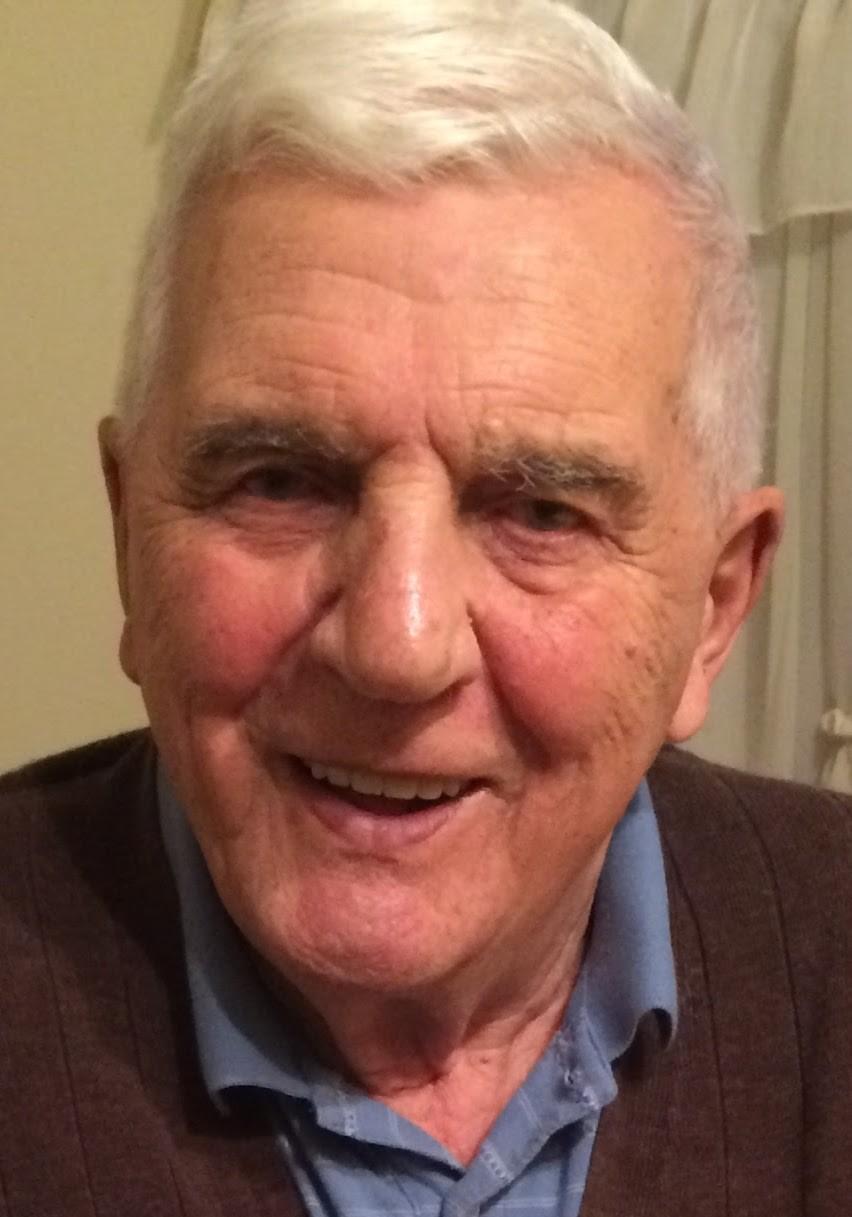 It is with great sadness that we mourn the passing of our tato, dido and pradido Mychajlo. He passed away at his home on May 27, 2020, in his 98th year. Beloved husband of the late Maria (2015), loving father of Christine (Bohdan), proud dido of Dania (Danny) and Michael (Natalie), and pradido of Maxym and Leo.

Mychajlo was born in Tiahliw, in western Ukraine, where he and his siblings, Pavlo, Wasyl, Ivan, Maria, Katrusia, and Mykola, grew up on a large farm. Mychajlo’s father Theodozi, a veterinarian, died of typhoid when he was a young boy, leaving their mother Anna (Myziuk) to run the farm. After fleeing the Soviets as a young man, Mychajlo ended up in a Displaced Persons’ Camp in Plochingen, Germany. There he met and married his wife Maria in 1945.

Mychajlo and Maria immigrated to Canada in 1948, and first settled in Timmins, Ontario, where he worked as a blaster in the Hollinger Gold Mine. Six years later they moved to Toronto, where Mychajlo worked for Canadian Pacific Railway for 31 years, most recently as a Railway Car Inspector. He genuinely enjoyed working for CPR. We knew this because it sparked so many great stories and conversations.

Mychajlo was a true patriot and greatly embraced his Ukrainian heritage. He served as the president of the Shevchenko Ukrainian Community Centre in Etobicoke for over 20 years. Mychajlo really enjoyed the summer months, working in his garden, and travelling with Maria to Veselka every weekend, while their daughter, and later grandchildren, were at camp. He was always very engaged in daily news and politics, and loved watching his sports on tv, even to his last day. Mychajlo will be dearly missed and never forgotten. Mychajlo was laid to rest on June 1st, 2020.

Due to conditions under COVID-19, only the immediate family participated in funeral services. In lieu of flowers, a donation to the Ukrainian Youth Association’s (CYM) Charitable Trust - Veselka Fundraising Campaign, or the Shevchenko Ukrainian Community Centre, 482 Horner Ave Etobicoke M8W 2B7, would be appreciated by the family.