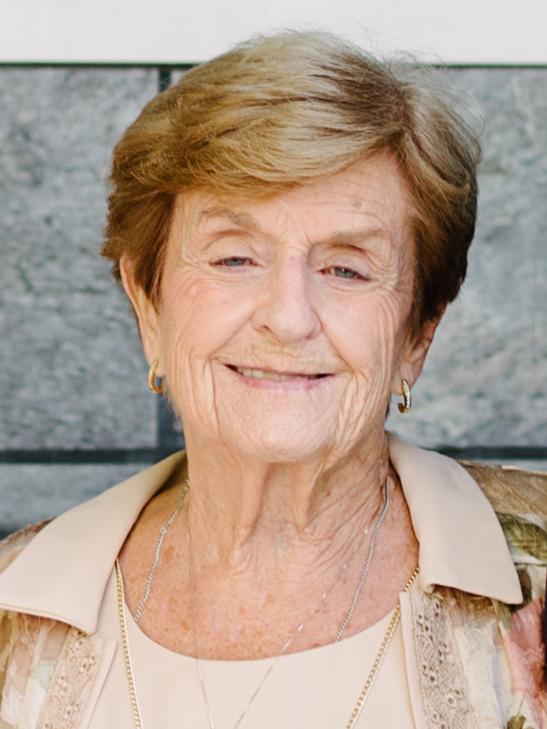 We are profoundly sad to share the news that following a brief illness, Maureen died peacefully at her home on Sunday, January 8, 2023 surrounded by her family.

Maureen courageously faced her final weeks as she lived her entire life; with grace, dignity and determination.

Born and raised in Hamilton, Maureen was one of eight children. She attended Loretto Academy, and following that began working at the Royal Bank of Canada where she met the love of her life, George. Maureen and George settled in Erindale Woodlands where they raised their family and built their lives for over 60 years.

Maureen’s life was based on love of family and her faith in God. She was an active member of St. Martin of Tours parish, attending Mass in the school gymnasium before the church was even built, and continued to participate in the parish community until the day she died.

Equal to Maureen’s faith was her love of family. The family home in Mississauga was the gathering place for her children, grandchildren and friends throughout the years. The door was always open and nothing made Maureen happier than having her kids and grandkids over for Sunday dinners and afternoons swims in the pool. Nana made sure all the kids learned how to play cards and how to give and receive her special “Nana Hugs”.

Even through the last couple of years when many people were choosing to stay home and rest, Maureen was starting her day with her exercises, daily mass, chatting with friends on her neighbourhood walks, and tending to the gardens that George left in her care. She would often be out working in the yard until late in the evening.

Maureen treasured the relationships she had with her sisters. She was very social and always took time to connect with her long-time friends and to develop new friends – even into her late 80s. She found it difficult to have to say goodbye to so many of them over the years, but nothing was more difficult for her than the heartbreak of losing her son George, and losing George Sr.

Maureen’s life was full of love because she gave so much love to so many people. She will be missed but never forgotten.

In lieu of flowers, donations can be made to Canadian Food for Children