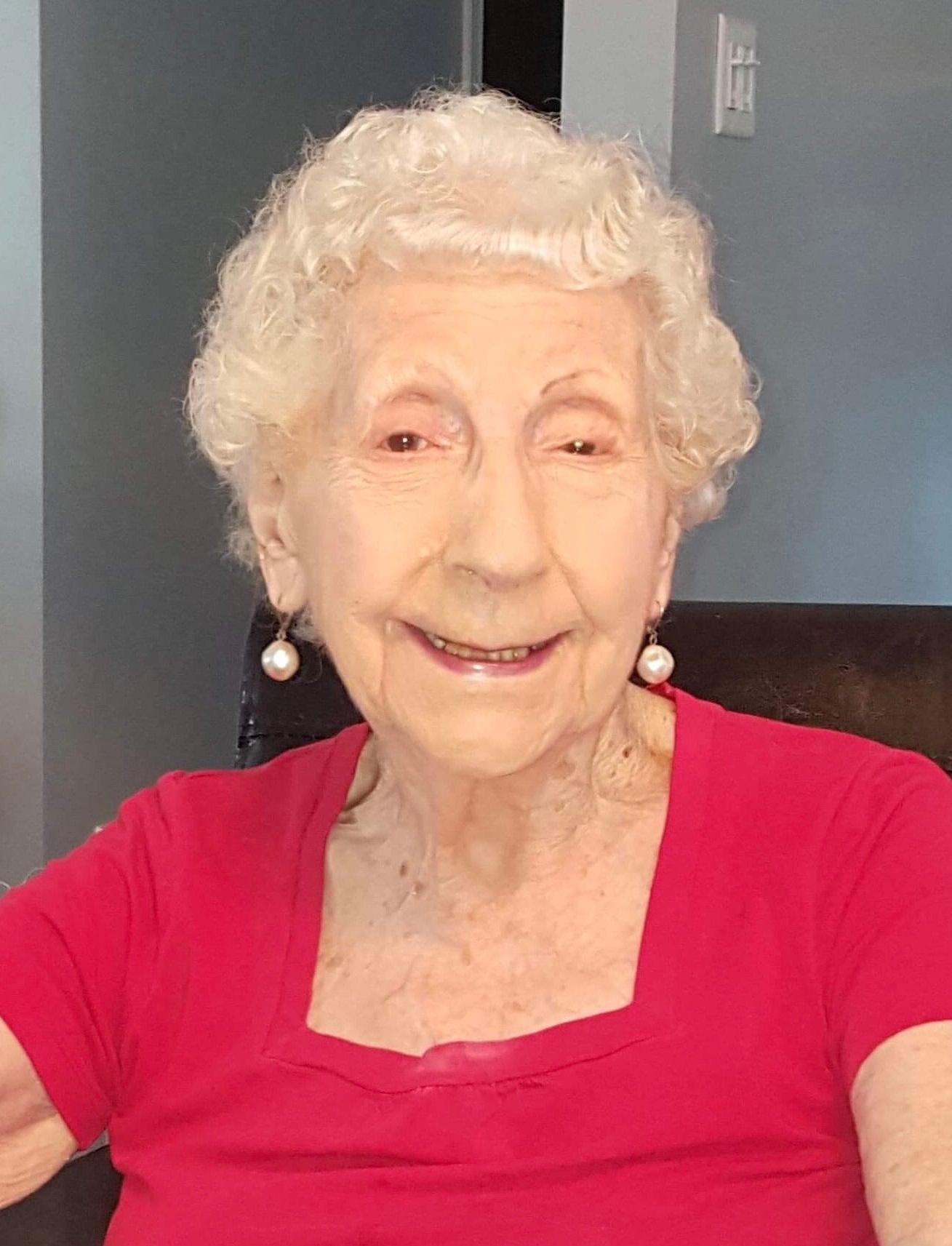 Davies, Maude Violet (Mossman), or as she was known to many, Miki.

Miki was born in Walthamstow, England, November 17, 1924. After losing both of her parents at a young age, Miki was raised by her Nan, and her sisters Alice and Carol. At 18, in the height of WWII, Miki joined the WRENS, the Women’s Royal Navy Service. It was while on leave, in Manchester, she met Harold Davies, a Canadian soldier who was also on leave there. Through the remainder of the war, they had their romance when they could, and Harold asked Miki to marry him. At wars end Harold was shipped back to Montreal, where with the help of his employer, arranged to have Miki flown to Montreal (with a stop in Newfoundland), which in itself was a wonderful adventure. Married in Montreal on May 17, 1947, things moved quickly. Children were born, first Patricia, then Maureen shortly thereafter. Carol was born with a heart condition that would take her young life by the age of 6. Miki and Harold were heartbroken but had a new baby to take care of as Debra (Pierre) was there, followed 5 years later by Sherri (Gerry). Miki was a stay home Mom who enjoyed raising her family. Over time Miki needed more. She wanted to work outside the home. She showed her girls that it was possible to enjoy the family side, but also to feel fulfilled by working outside as well. Working in an office at O.E McIntyre, she flourished making friends and making her own money. Always a brave one, at 64, she took drivers training and got her driver’s license for the first time. In 1989, Miki and Harold moved to Ontario. Miki enjoyed the small trips they took and seeing her grandchildren grow. After Harold’s death in 1997, she stayed on her own. Taking short trips with her friends in Westminster and enjoying her time with her friends. Whether she was playing videos games with her grandsons or spending time with her great grandchildren, Miki loved her family with a passion especially grandchildren Barbara, Stephane, Alex, Patrick, Luc, Steven and Ryan and great grandchildren Finn, Owen Ava, Ethan and Eva. Miki was a strong independent woman and was proud that her daughters grew up the same way.

A Service of Remembrance will be held at St. John the Baptist Anglican Church, Mississauga on Thursday, March 5, 2020 at 11 a.m.

For those who wish, memorial donations may be made to Bethell Hospice Foundation (https://bethellhospice.org/), Inglewood,

Rest in peace Miki, you will be missed!