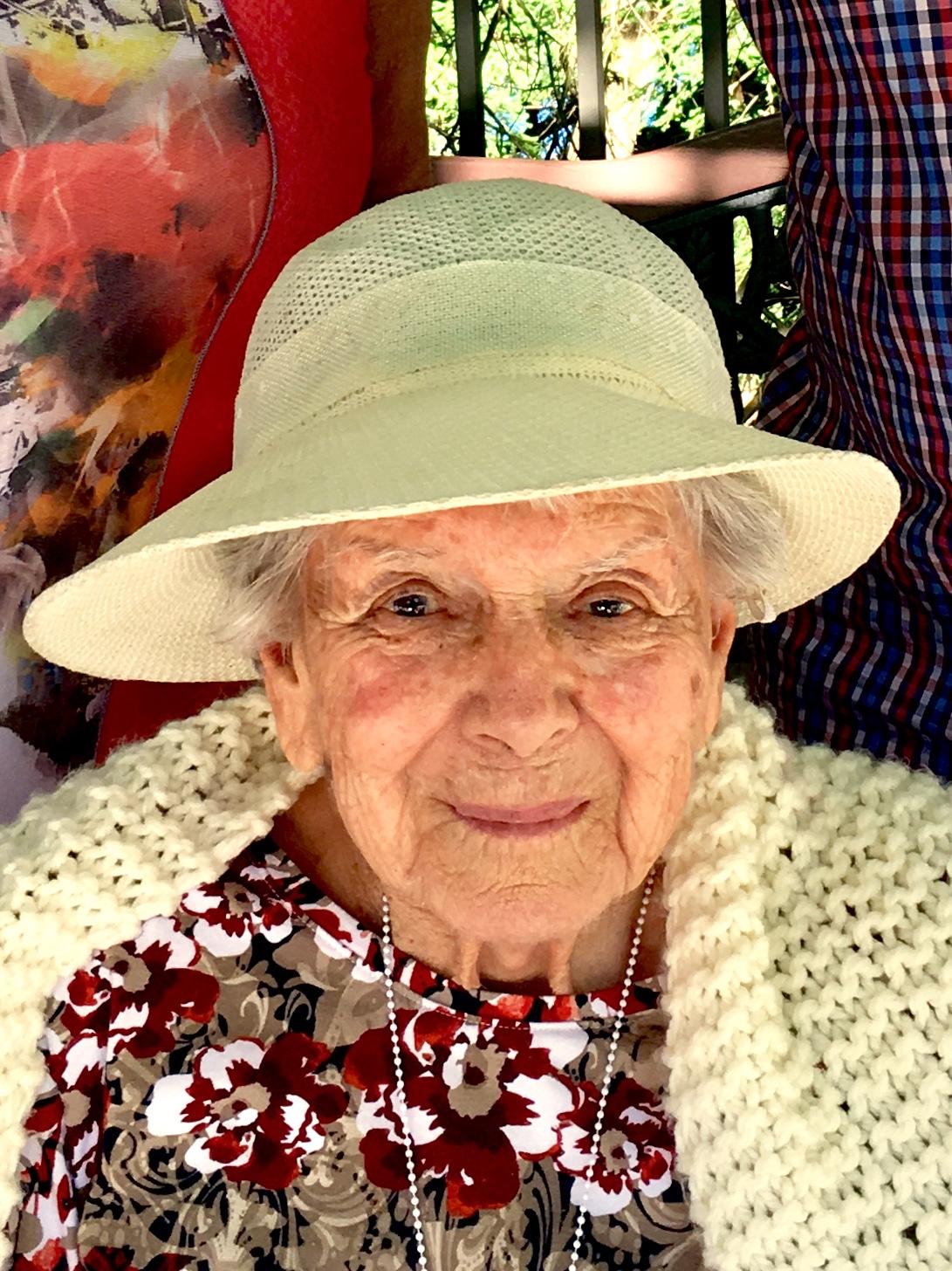 Passed away on Thursday, July 28, 2022 at the age of 97. Predeceased by her beloved husbands Paul Barber (1950-1989) and Lynn Gordon (1992-2017), her eldest son Robert Barber, and his wife Nancy. Much loved mother of Peter Barber (Maria Duncalf-Barber), and Bruce Barber (Terri Tinella) as well as stepchildren Michael Gordon and Nancy Douglas, and son-in-law Bill Mohan. Cherished grandmother of Graeme, Jenny, and Gemma Barber and step grandchildren Luke, Teagan, Sean, and Kate.

Maryon lived a long and full life and seemed to have a knack for embracing every stage of life to the fullest. A young adventurer, she worked summers as a waitress all over the country including The Bigwin Inn, Manoir Richelieu, the liners S.S. Tadoussac and Noronic, as well as the Banff Springs Hotel. She remembered and spoke fondly of those summers throughout her life. She embraced family life in Humber Valley raising 3 boys who she would sarcastically remark were “no trouble at all”. Those years were some of the best of their lives as she made friendships for life with the neighbours – the LePages on one side and Perkins on the other. She worked at Bell and later as a guide at Pioneer Village, a role she delighted in. After re-marrying, she and Lynn moved to Kingsway on the Park and lastly Del Manor retirement residence, continuing to play bridge, take adult education courses, attend plays and pop concerts, and enjoying retirement life to the fullest. Maryon was an avid traveller and travelled the world with both Paul and Lynn, often accompanied by her brother Doug (and Audrey) Slater or friends from Paul’s Barbershop days or the neighbourhood. Bruce, Terri and Gemma remember fondly her visit to York, England to celebrate her 85th birthday. Pete and Maria were delighted to host Maryon and Lynn at their place in Fort Myers, through their 80’s and early 90’s.

The story of her life is not complete without mention of her cottage at Lake Simcoe. She spent every summer of her life there. Built by her grandfather, W.J. Pickard, the cottage named Pickardy became her happy place. In her later years, days at the cottage seemed to bring her energy and calm and were always a place the family gathered to celebrate birthdays and just enjoy being together. Maryon could often be seen at the end of the table holding an empty glass of wine over her head in a sign she needed a top up. Some of Maryon’s ashes will be spread on the shores of her beloved Lake Simcoe.

Maryon had an incredible sense of humour, often cracking up the gathering with her rhyming sayings. She was a child of the depression - frugal at heart, but extremely generous with her family and those she loved. Her savvy advice was always sought by her family including her “buy and hold dividend stocks” investment strategy that provided for her golden years.

So many people helped Maryon in her later years, but we’d like to recognize the team at Del Manor who adored Maryon, Cherrie Mutas, Jodi Smith (nee Perkins), Lauren, Hilda and all the PSWs from Care Partners and Del Manor.

A Celebration of Life will be held at Islington Golf & Country Club on August 9th at 3pm, with a reception to follow. For those who wish, donations may be made to Kids Help Phone.