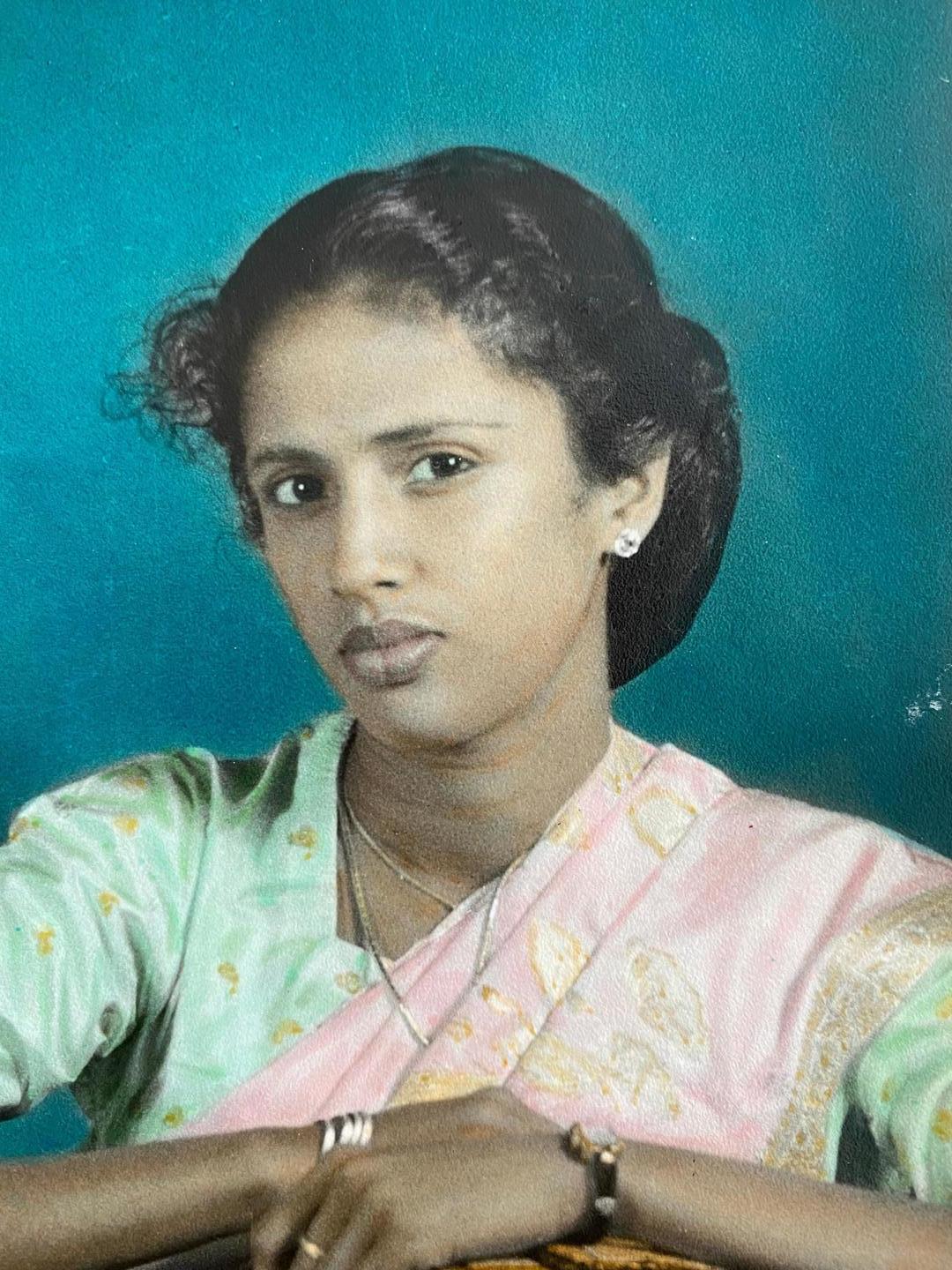 She was born on January 9, 1939 in Kottenkudy, Kerala in India to M.C. and Mary Mathew. Shortly after her birth, her father received a lucrative business opportunity in Singapore which prompted the family’s move to the lush, rolling tea hills of Munnar, where she spent the rest of her childhood. Her mother would later remark that Mary’s birth brought good luck to the family.

On January 25, 1960, she married Mathai Kattapuram, her next-door neighbor, and they later moved to Secunderabad, India. Here, they started a family and welcomed their beloved Shajan, Biju, and Mary into this world. In 1974, they courageously immigrated to Canada with their three young children in search of better opportunities for the next generation. They lived in Calgary for many years, where they were active members of the Calgary Marthoma community, before moving to Toronto in 2008.

Mummy, or Ammachi, as she was known to her immediate family, will forever be remembered for her boundless wisdom, gracious hospitality, selfless nature, optimism, and ability to make a comforting home no matter where in the world her family moved. She was an immensely strong and independent woman, even in times of hardship, and she was an inspiration to all who knew her. She lived life to the fullest and in her later years she loved to take long walks, swim, do tai chi and yoga, and enjoyed spending quality time with her many friends in Toronto. She will be missed beyond measure.

Her life will be celebrated on June 4th at Turner & Porter Yorke Chapel in Toronto, ON. She is lovingly remembered and survived by her brother (Jacob), sister (Leelamma), children (Shajan (Alice), Biju (Anita), and Mary (Trevor)), and grandchildren (Rachel (Dan), Kristina (Kevin), Meera, Nathan, and Eva). She is pre-deceased by her beloved husband, Mathai.

In lieu of flowers, please consider making a donation to the Kidney Foundation of Canada in memory of Mary, at https://bit.ly/marykdonation

Chapel Service (By invitation only, for close family/friends due to COVID constraints)