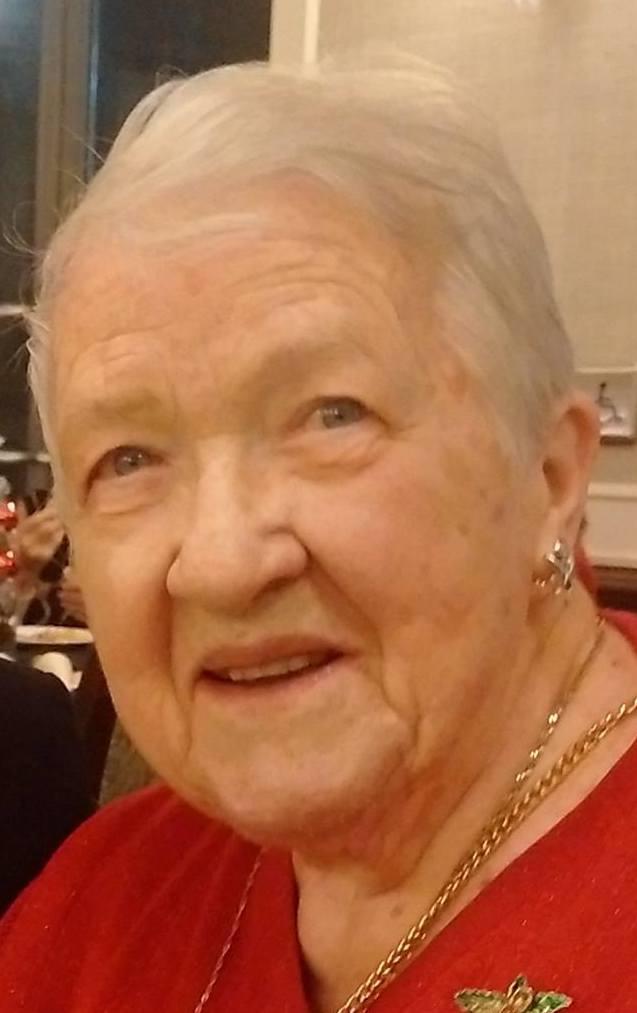 Mary Jane was devoted to her family and found much joy and strength through them, as well as through her Catholic faith. She found community and friendships with M.M.M. where she danced for over 25 years. Our parents's passion for square-dancing led them to many adventures. Mary Jane could still be found swimming into her 80s. She continued being active, singing and doing cross-words in her later years of life. Her desire to learn never ceased and she was always trying new things, eventually becoming a devoted Bingo player and Baseball fan.

Mary Jane will forever be remembered for her homemade apple pies, as the best non-Italian, Italian cook, her sky-blue eyes, her calm sensible wisdom and love of a good “hammy” joke.

The family would like to extend a warm thank you to the staff at Delmanor Prince Edward for so tenderly caring for her.

A visitation will take place at the Turner and Porter Butler Chapel, 4933 Dundas St. West, Etobicoke, on Thursday October 6th from 5-8pm. A funeral service will be held at Our Lady of Sorrows Roman Catholic Church on Friday, October 7th at 11am.

In lieu of flowers please consider a donation to The Stop Community Food Centre or the Schizophrenia Society of Canada.