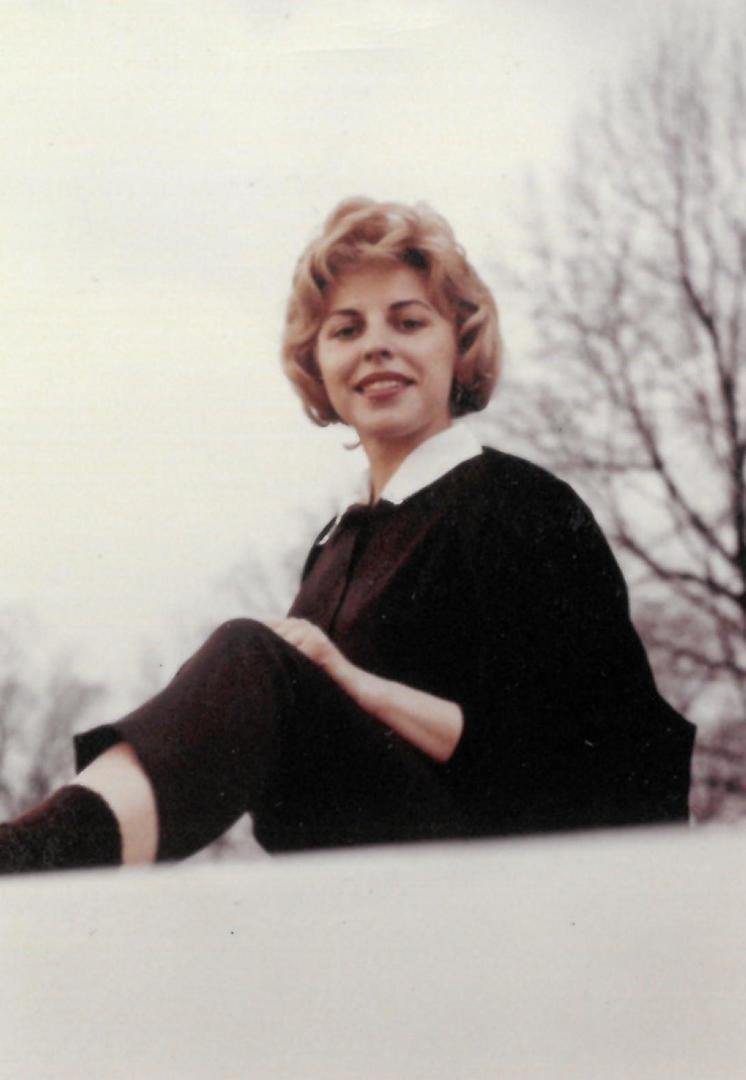 Peacefully, at home, in her sleep, on Saturday April 25, 2020. Born in 1933 to Ol'ha (Soltykewych) and Adam Babych, in Krosno Poland, where her father was a school inspector, Martha Babych Trofimenko was a determined trailblazer who achieved professional success as a "lady barrister", University professor, Family Court Master, and academic writer, while continuing to contribute to her community until her death at age 87.

Her idyllic childhood was shattered by the Second World War, which brought her eventually to Canada. After attending Harbord Collegiate and the University of Toronto, she earned her LL.B. from Osgoode Hall Law School (1960) and was called to the bar of Ontario in 1962, the same year she wed Dr. Swiatoslaw Trofimenko and moved to the United States.

Following the birth of her daughter Zoya, she obtained her LL.M. in International Law from Temple University (1968) and commenced teaching Business Law and Economics at the University of Delaware. After serving as a Family Court Master in Delaware in 1976, she restarted her legal career in Toronto, working with the Law Reform Commission of Ontario, until her husband's transfer abroad to the Warsaw office of DuPont. Returning to the United States shortly before martial law was declared in Poland, she and her husband called Parkersburg West Virginia home for five years, where she taught legal studies at Beckley Community College. After returning to Wilmington, her husband's retirement from DuPont brought her back to the University of Delaware, where he served as Professor Emeritus in the Department of Chemistry and Biochemistry, while she engaged in legal research and writing scholarly articles. During this period, she lectured in jurisprudence at the University of Nitra, Slovakia (1994), and taught masters-level courses in law at the University of Kyiv (1996) and Lviv (1998). Conferences attended included Egypt (2003) and Finland (2010), as well as Champaign-Urbana.

Following her husband's death from cancer in 2007, she relocated to Toronto and assisted in Prof. Claudio Pettinari's completion of "Scorpionates II", published in 2008. She remained active in the Ukrainian community, including Plast and the Shevchenko Scientific Society, wrote poetry and humorous verses, and regularly participated in St Demetrius church, while also being a loving and supportive grandmother to Lydia and Edward.

Her energy, enthusiasm, and wise counsel will be missed by her family and friends.

If desired, donations may be made to the Ukrainian Canadian Care Centre, Plast (Toronto). Donations can be made to Plast, by sending a cheque made out to “Plast Toronto Branch” to 516 The Kingsway, Toronto, ON M9A 3W6.
Ukrainian Canadian Research and Documentation Centre (https://www.canadahelps.org/en/dn/149980), or St. Demetrius Ukrainian Catholic Church (LaRose Ave.).
Donations may also be made to the University of Delaware for the Trofimenko Memorial Prize (https://www.chem.udel.edu/undergraduate/course-of-instruction/chemistry-biochemistry-awards ** Please specify Trofimenko Memorial Prize (2007) )