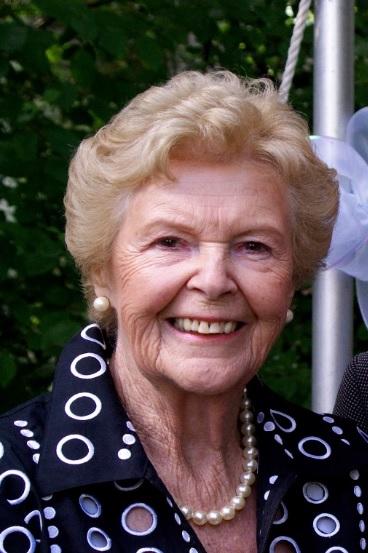 The McLaren family sadly announces the passing of Marney McLaren on March 26, 2021 in her 97th year. Her life was devoted to being a very special wife, mother, grandmother, and great-grandmother.

Marney was the only adopted child of George and Lillian Lester and was raised in Toronto’s east end Danforth neighbourhood. At age 12 she lost her mother and quickly became the lone caregiver, often cooking and taking care of the household while her dad was away at work. After high school, she worked for the T. Eaton Co. in the china wares department, where her beauty earned her a spot modelling in their annual catalogue. Soon after the war she met and wed her one love, John, who she remained married to for 71 years until his passing in 2019. She and John raised 3 very special sons, late Scott (Donna), late Blair (Debbie), and Drew (Sheila). She will be greatly missed by her 6 granddaughters (Lisa, Sarah, Julie Anne, Lore, Kelly, Katherine), 3 grandsons (Jonathon, Jake, Hugh), and 10 great grandchildren.

Marney and John shared a love of travel which took them all over the world including their villa on the island of Mustique where they formed many wonderful friendships and lasting memories. When back in Toronto, they were both avid tennis players and played into their 80’s as members of Lambton Golf & CC.

The family would like to thank the dedicated caregivers at The Waterford and Amica Little Lake, with special thanks to Marie, Trudi, June, Lorianne, Marge and Alexia.

In lieu of flowers, a donation to the Parkinson’s Society on behalf of her late son Scott is encouraged. A private family service and celebration of life will be arranged at a later date.
Order Flowers
Make a Donation
Help Extend the Memorial
Order a Keepsake Book