The portion of Marica "Mary" Chrobok memorial that you are trying to access requires an extension in order to become active again. Would you like to contribute to the memorial?s extension? 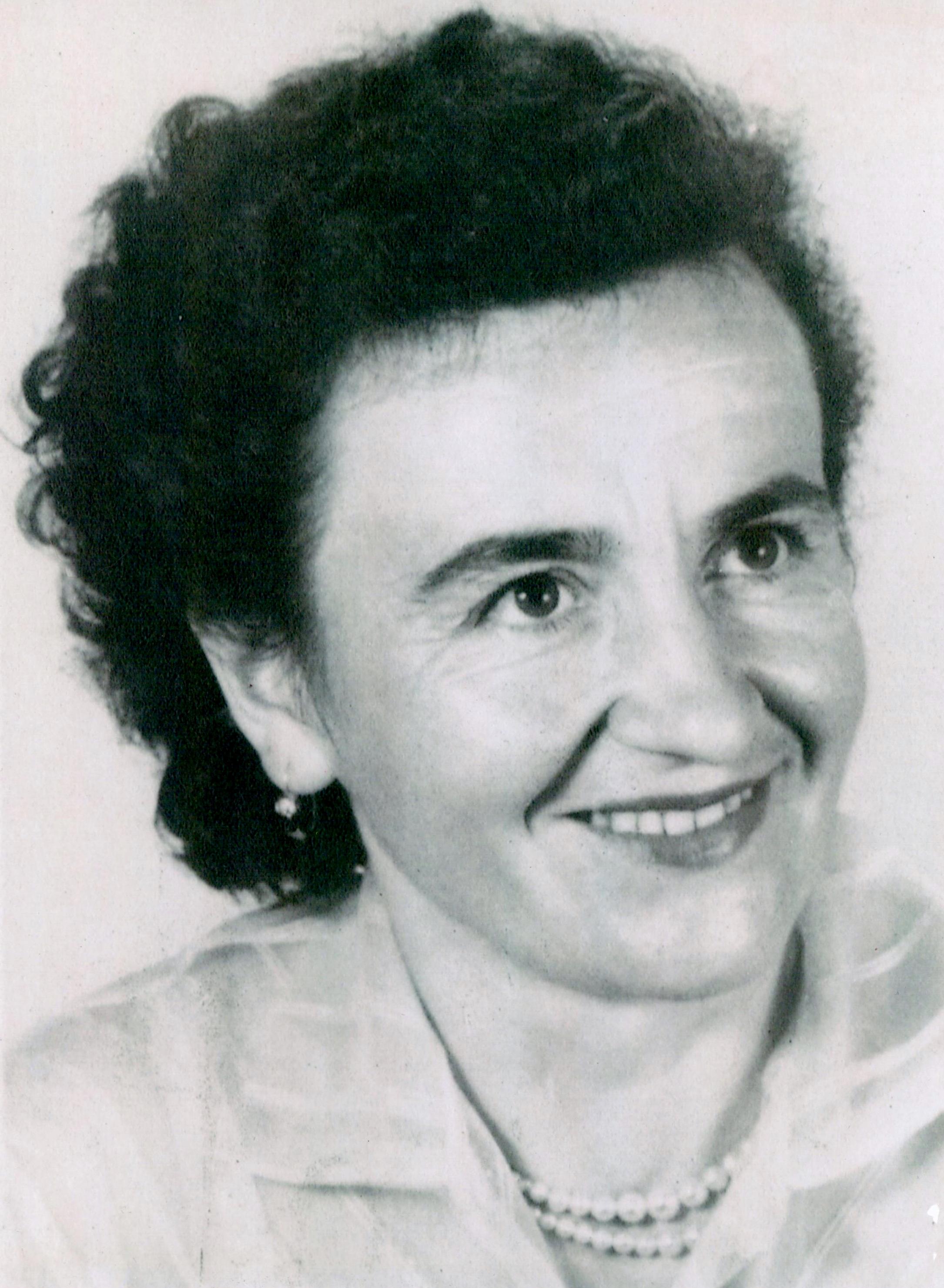 Chrobok, Marica (Mary) passed away peacefully at 96 years of age at West Park Long-Term Care. Beloved wife of the late Ludwik Chrobok (1917-2002) for 46 years and loving mother of John (Joy), Kathy (Garry), and Mike (Kathleen). Beloved grandmother to Erica, Doug, Jade, Kent, Cole, Michael, & Nicholas. Survived by her brother Ivica Adzija (Karolina) and predeceased brother Josip Adzija (Anka). Marica will be sorely missed by all her extended family and friends.
Born in Gospic, Croatia, mom came to Canada following WWII. Grateful to have been sponsored by her uncle, Mike Butkovich who supported her application to Canada, she married dad in 1955 and initially lived in Val’dor, Quebec. Our parents moved to Toronto’s Swansea Village in 1960, and mom continued to live in her home until she was 94.

We cherish the memories of our summers spent at Lake Simcoe where our parents had built a cottage and entertained family over the years. As a family we really enjoyed watching “Hockey Night in Canada”, a movie for a Sunday afternoon, or “All in the Family” together.

Mom was an excellent cook and baker. We will especially miss her chicken noodle soup, cabbage rolls, apple strudel and pastries. Her many talents included sewing, knitting, embroidering and crafts. In the garden her plants and vegetables flourished.

As an empty nester, mom became an active member of the Swansea Community Centre and joined many club activities including cake decorating. As a member, she also participated in protests outside Toronto City Hall against the tearing down of the Old Town Hall & The Swansea Legion.

For many years, Mom enjoyed being an active member of SASA, the Swansea Area Senior’s Association. She also served as a community volunteer and was awarded the 20-year Ontario Volunteer Service Award at the celebration of The Queen’s Golden Jubilee in 2002.

In 1980, mom joined the Swansea Horticultural Society and became a Lifetime Member. In 1998, she won the Society President’s Award from the Ontario Horticultural Association for outstanding contribution in Flower Shows. There were many years when mom volunteered at the CNE for the Horticultural Show. At 89 years of age, she was awarded the “McFarlane Trophy” at the September Flower Show for the best entry. This was most likely for her Dahlia which bloomed in a variety of colours every year in her backyard along with Aster, Geranium, Gladiolus, and Iris.

Mom cherished living in Swansea and the Bloor West Village. She enjoyed going to Rennie Park to watch her kids play hockey or participate in neighbourhood blood donor drives when needed.

At 91 years of age (in 2016) she was diagnosed with Alzheimer’s Dementia and at 94 moved into West Park Long-Term Care to join her cousin Olga.

We’d like to thank the West Park Long-Term Care Staff, especially Weston Unit’s team, for all their help and support and especially for making West Park feel like a home.

Due to COVID restrictions, mom’s funeral will be a private family service on Friday, June 25th. Sympathy may be expressed through donations to the Alzheimer Society of Canada.

Our deepest condolences on the passing of dear Teta Mara. - may warm memories and the support of family and friends give you strength during this difficult time.

Know that you are in our thoughts,

Please accept our condolences on the passing of your mother.

More than forty years ago I fell in love with your wonderful daughter. More kid than man, all I knew was that I wanted to be around Kathy as much as possible and soon I started hanging around your Swansea home. You must have had some reservations about this young man and his intentions. Is he a good man? Will he bring my daughter happiness and laughter, or pain and tears? Whatever your possible concerns, you just welcomed me into your home and treated me like family from day one.

I soon learned that being treated like family meant being part of big family meals! Before I knew it, I had become a regular at the dinner table for Sunday lunches. The good dishes were out, Pops wore his shirt and tie from Church and you would fill the table with trays and bowls of homemade specialties. As the years went by, Kathy and I brought our kids to your Sunday lunches and to this day our kids still hold dear the “tick-tick-tick” sound you would make while sifting icing sugar onto your apple strudel – everyone’s favourite.

Sunday lunches were very special. Why? Not because of the delicious food, but because of YOU. You were so happy and proud to present these meals. You were so happy to host your family. I remember big smiles, your singing to yourself while cooking in the kitchen, and the way you would present a tray of food with a big “Ta-Da!”. You would love to stand at the end of the table and recite your favourite three or four stories, again and again. And you were so proud to be feeding your family, in your home, the home that was built for you in 1925, the same year you were born. You were so proud to have made the meal from scratch. You would tell us that you saw it cost $3-4 for “a little slice of apple strudel up on Bloor Street. Do you know how much apple strudel I can make with a five pound bag of flour and a bag of apples from No Frills?” These are memories that will last forever.

Thank you so much for trusting me with your wonderful daughter, and for teaching us the joy and pride of family life. Your grace will forever guide us. Rest in peace.

Kathy, Mike & John, I was saddened to hear of the passing of my Teta Mara. I will always remember the many visits always greeted by a big wet kiss. I was thankful to see her one last time before she moved from her home and Kathy & I had the opportunity to share some family history. I know all those visits was my father's way of saying thanks to your mom for all she had done to help him establish his life here in Canada. Always in my heart,

Our condolences on your loss of a loved one. Remember your mom as a very kind and giving person.Especially grateful for her taking in my dad in his final years and being there for him when he passed She has moved on to her next estate and is was time for her to be united with God. Again,sorry for your loss 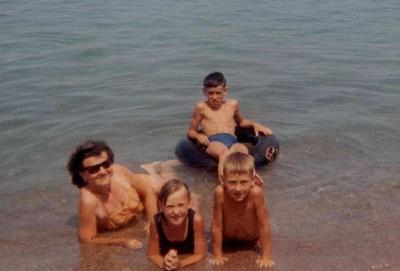 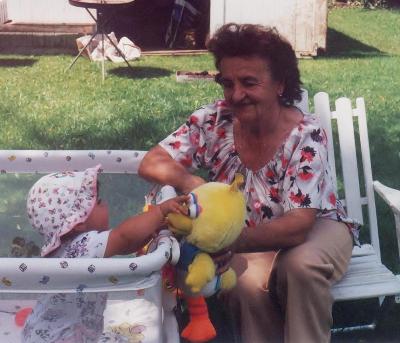 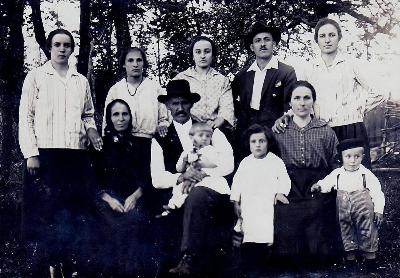 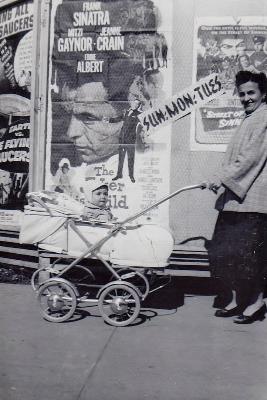