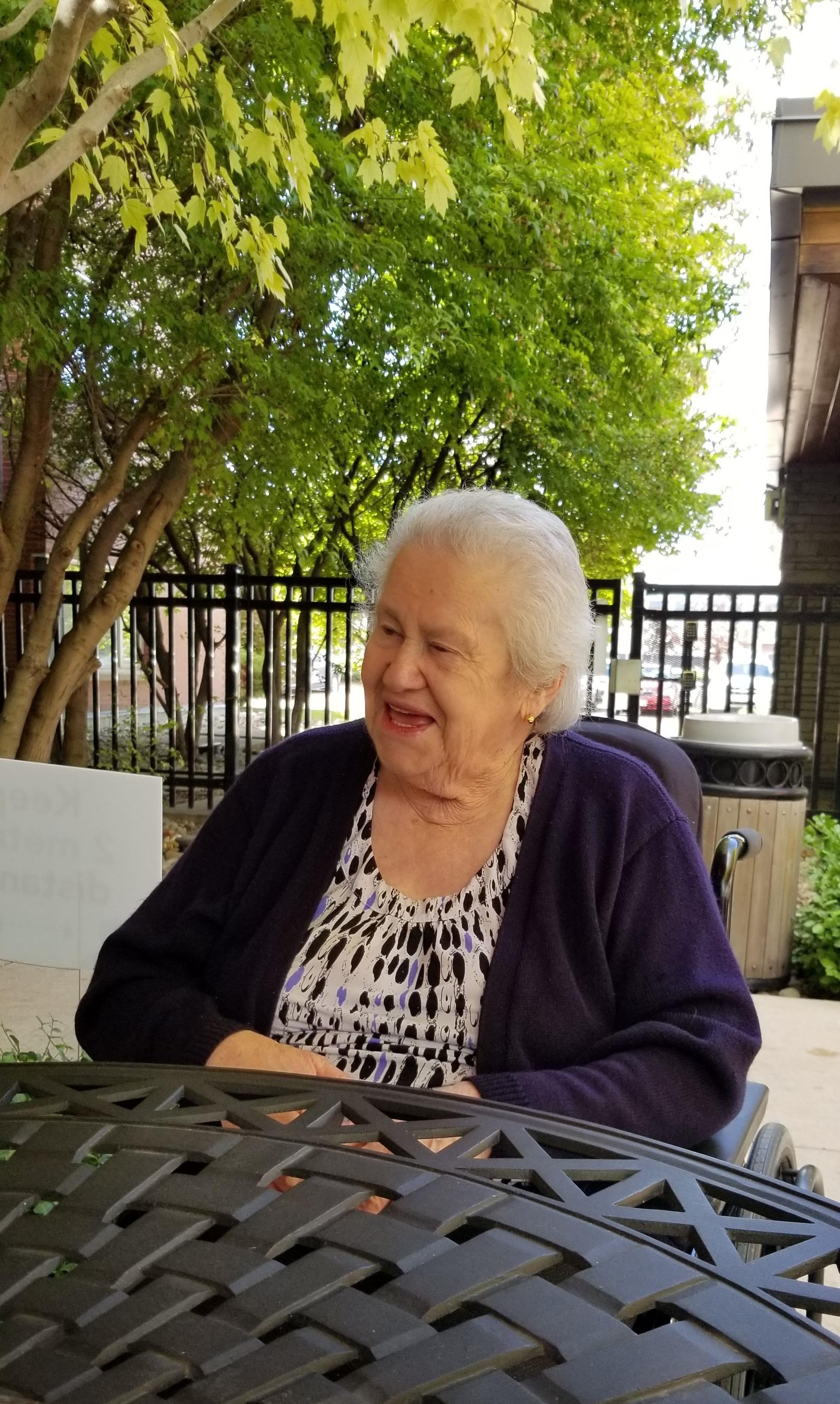 It is with heavy hearts that we say goodbye to our beloved matriarch, Maria de Jesus Gesteiro who passed away peacefully on Tuesday April 20 at the age of 87. She was born on July 26, 1933 in Nadadouro, a little town in Portugal. She was preceded in death by her husband, Joao, and daughter Marieta. She is survived by her sister Beatriz, son Carlos (Fatima), four grandchildren Sonia (Tony), Susana (Steve), Andre (Amy) and Catarina (David), eight great grandchildren and several cousins, nieces and nephews.

Maria de Jesus will be fondly remembered for her great love of family, dancing and singing. She loved to tell stories, laughing at memories of days past in Portugal with her siblings and many friends. She was often regarded as a strong-willed, straight-forward, wise and independent woman who was determined to give her children a better life and an education. She reunited with her children in Canada, leaving behind a language, culture and the familiar comforts that she knew. She was someone with a vision, a hard worker, an amazing cook, brave, wise, and was always willing to help others, even if it meant making sacrifices of herself.

A private ceremony will be held for the family on Saturday April 24.

In lieu of flowers, donations may be sent to the Heart and Stroke Foundation, Diabetes Canada or Canadian Blood Services.

(The family wishes this to be a private event.)
Turner & Porter - Peel Chapel
2180 Hurontario, Mississauga, ON, L5B 1M8 Get Directions
Order Flowers
Make a Donation
Help Extend the Memorial
Order a Keepsake Book