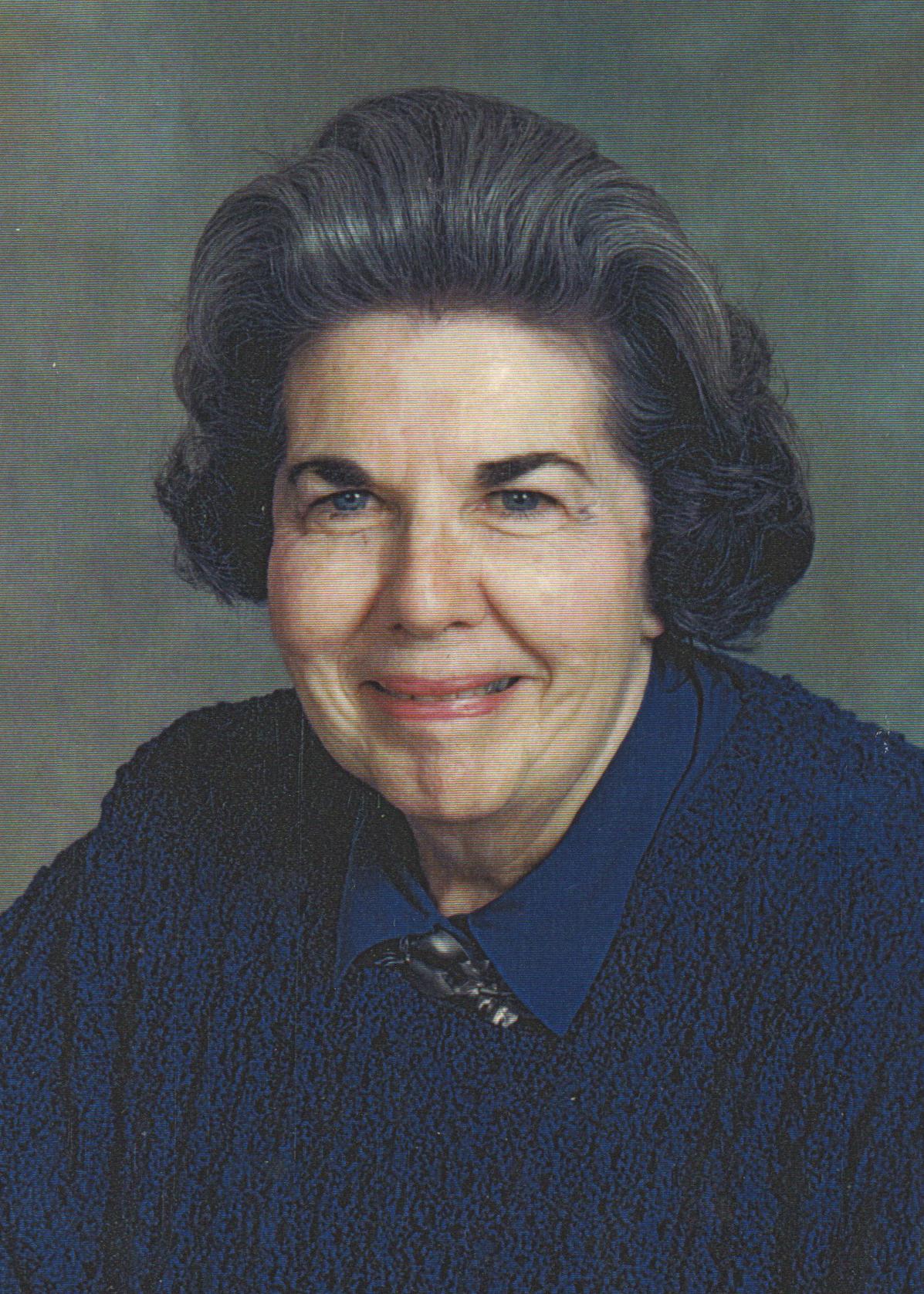 Margaret was born in Toronto in 1922 to Irish parents Susan and Robert McAfee. At the age of seven, she contracted polio but never let the impact of the disease define her. She attended Parkdale Collegiate and was an original member of the renowned Leslie Bell Singers. This choir formed the basis of a multitude of life-long friendships and was instrumental in her meeting her New Zealand-born husband, Lloyd, to whom she was married for 64 years.

Margaret graduated with a degree in English from the University of Toronto. Her love of language was present throughout her life as was her daily enjoyment of newspapers, cryptic crossword puzzles and games of bridge.

As her two daughters became more independent, Margaret began working at the Peel Board of Education, eventually finding her niche in the Human Resources Department. Relying mainly on instinct, she excelled at matching teams of people to work together.

When Margaret and Lloyd moved to Lorne Park in 1962, no one could have foreseen what an awesome community of friends they would find in their neighbourhood and at First United Church in Port Credit. The importance of family and faith cemented these bonds of friendship as families enjoyed and supported each other through both good and sad times.

In 2003, as Margaret was experiencing increasing mobility issues due to the onset of post-polio syndrome, she and Lloyd moved to Hearthstone by the Lake in Burlington. Margaret quickly immersed herself in residence life, making a whole new set of fabulous friends. Above all else, she demonstrated a strong sense of inclusivity to everyone that she met and in everything that she did.

To all the PSWs and homemakers who looked after mom so faithfully and compassionately during her latter years, you are among the unsung heroes of the healthcare system and we are immensely grateful.

Margaret lived a courageous life and leaves her family a solid legacy of tenacity, inclusion and love. Her grandchildren were a constant source of great joy as she celebrated each one’s individuality and accomplishments.

Per Margaret’s wishes, there will be no formal funeral service. A graveside service will take place at a later date.
Order Flowers
Make a Donation
Help Extend the Memorial
Order a Keepsake Book