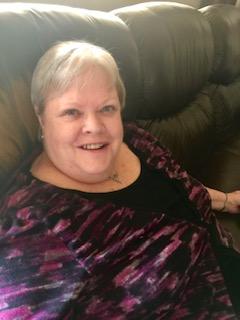 Lynn Ellen Fisher, 73, of Mississauga, peacefully passed away on February 20, 2020, after a long journey of failing health. She was surrounded by family at the time of her passing.

With her unwavering faith in God, she is in heaven and the family is looking to celebrate her life with a visitation on Friday, February 28, 2020, from 5:00-8:00 p.m. at the Turner & Porter Funeral Home located at 1981 Dundas Street West, Mississauga, ONL5K 1R2.

Funeral services will be held at The Salvation Army Erin Mills Corps on Saturday, February 29, 2020, at 11:00 a.m.A burial service will follow for immediate family members only and will be held at the Glen Oaks cemetery.

Lynn was born in Montreal Quebec to Violet and Stephen Alberts on June 29, 1946. Lynn met her husband Joseph Melvin Fisher while working for Sun Life Insurance company and later married on May 20, 1967, at St George Anglican Church in Montreal. While in Montreal, Lynn and Mel had two sons (Chris and Greg) and following their move to Mississauga had their daughter (Heather). Lynn (and Mel) became members (soldiers) of The Salvation Army Erin Mills Corps in 1990 and were commissioned as Auxiliary Captains (Officers/ordained clergy) with The Salvation Army in 1995. They were appointed to social service programs in Toronto, Calgary, and Hamilton and retired from active service on October 1, 2010.

Throughout Lynn’s life, she was a servant of God, she was steadfast, patient, kind, joyful, graceful and genuinely loved people. She was an optimist and would sacrifice for others, even up until the end. Lynn’s love is the greatest legacy she could leave in the world, and she has.

The family of Lynn Fisher wishes to extend our sincere thanks to the various nurses and Doctors at Credit Valley Hospital for the care they provided her over the past year, especially those in the ICU who showed a tremendous amount of kindness.

In lieu of flowers, the family requests that donations can be made to The Salvation Army. To learn more about making a donation or the services provided by The Salvation Army, please visit www.salvationarmy.org.