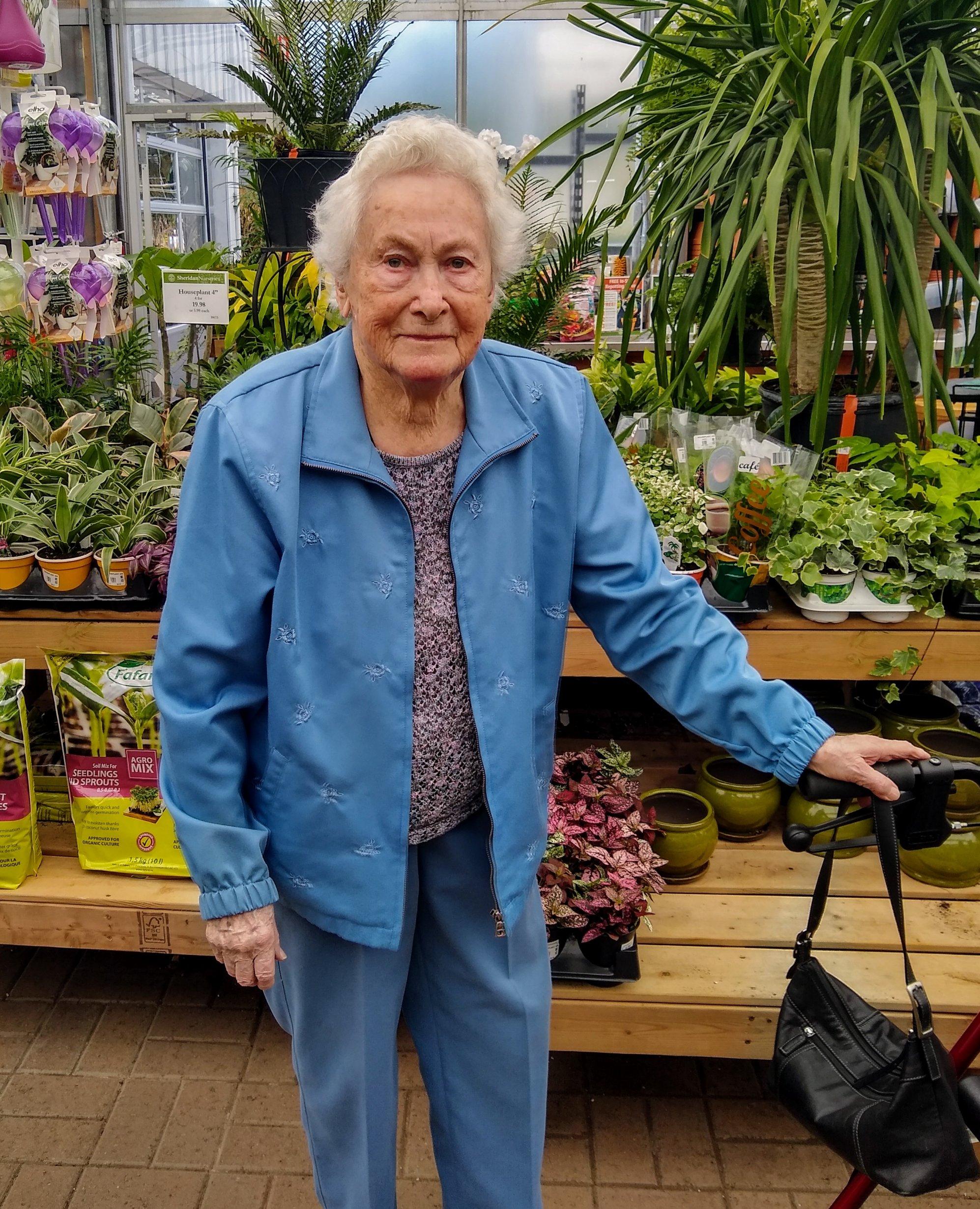 Lydia Raddatz (nee Leischner) was born in Kowalowka, Poland on January 22, 1924. She met her future husband, Julius Raddatz, in elementary school. Both their families were original German settlers within their small Polish villages, and they spoke German at home, and Polish at school.

Little did they know that their lives would be completely upended when World War II broke out on September 1st, 1939. Their families were forced to flee Poland, as they were considered allied with Germany and were not welcomed to stay. They narrowly escaped harm on their exodus from Poland. Eventually, Lydia, her parents and her two younger brothers were all separated over the course of the next five plus years, either living in Germany or barely surviving in a Russian work camp. Lydia became a trained nurse and lived in various locations in Germany during the war. After it ended, she was able to eventually reunite with her parents and two brothers through the process of registering with the International Red Cross, where efforts were made to help reunify families torn apart through wartime.

Her future husband, Julius, was sponsored to immigrate to Canada, which he did in 1951 and was able to eventually propose marriage and sponsor her immigration as well. They were married on September 18, 1954, settling in Lakeview, now part of Mississauga. Unusual for a man of that era, my father told my mother that she could return to Germany within a year if she really didn't want to stay! Despite Lydia not having relatives in Canada when she immigrated, she did promptly adjust to her new life, learning English quickly. Shortly thereafter, they had 2 daughters.

Lydia was an excellent baker and enjoyed preparing her usual hearty German meals. Also, she was an expert seamstress, making all her own clothes and that of her two children. She passed on her skills to them. Also, she was known for her beautiful knitted doilies and tablecloths made of fine cotton thread. She enjoyed travel with her husband to Hawaii, Las Vegas, Germany and Florida many times. She had a great sense of humor, telling little jokes, even during the week before her death. She loved to garden, but enjoyed flower tending more than vegetable gardening in her later years. After her husband's death in 2005, she lived alone in her house for another 13 years until she moved to King Gardens Revera in Mississauga at the age of 94 in November 2018. There she enjoyed the meals, meeting other German residents and partaking in their weekly musical entertainment programs. She still loved to look after her numerous house plants and continued to propagate more clippings and share with other residents & staff. Our mother could grow almost anything and it gave her a sense of satisfaction watching her plants bloom and thrive.

She was in good overall health for her advanced age, but suddenly became ill on November 21st and was admitted to ICU with pneumonia. During this brief illness, she still talked of gardening, departed friends and family. She died of complications from this illness on November 25th, with her eldest daughter, Anita and family present.

She is survived by daughter, Anita Bratsberg (Stephen) of Mississauga and Christine Ciccone (Rick) of Henderson, Nevada
Her Grandchildren:
Adriana, Gabriel, Erik (fiancee Stephanie Lee), Kurt, Elise.
Her brother, Eduard Leischner (Irene) in Asperg, Germany
Also nieces/nephews & their families in Germany: Hannelore (Andreas), Udo (Ingrid), Susi, Michael, Matthias and family
She was predeceased by her youngest brother, Julius, of Germany.
She also leaves her husband's extended family in the GTA:
Anna Radacz, her children Linda, Cecilia, Arthur and Edith and their families
Rosalia Raddatz, and her children, Elaine, Eric and Elizabeth and their families
Her neice and nephew: Monica Nikopoulos and family, Rick Schobesberger and family.
Her brother in law, Henry Raddatz and sister in law, Lydia Voss predeceased her.

Her family will honor her wishes for a private family funeral and internment to be held December 6th, 2019.

Our mother credited the Red Cross for reuniting her with her family and friends after the war and also Trillium Hospital (Mississauga) for keeping her healthy for so many years. She requested that donations be made in her name to the Canadian Red Cross and Trillium Hospital Missisauga in lieu of flowers.

She leaves behind a big void in our hearts.