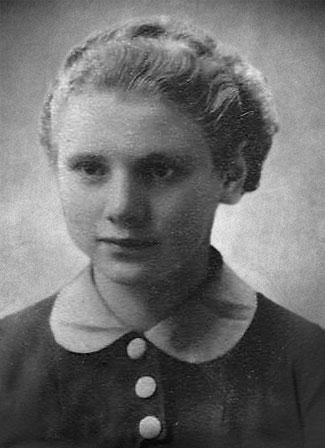 KIREJCZYK LEONARDA (Lonia) (nee SAPKOWSKI) . It is with great sadness that we announce the passing of our dear mother, grandmother and great grandmother at the age of 94. She passed away peacefully at Copernicus Lodge, Toronto, with her wonderful caregiver Ala Zajko by her side. Predeceased by her husband John (1995) and her granddaughter MaryAnn (1967). Loving mother of Ted (Bonnie), Krystyna (Paul) and Helena (Les). Grandmother of Terena (Jay), Richard, Katherine (Doug), Peter (Amy), Barbara (Sebastian), Allison ( Mike) and Great Grandmother Adeline, Charlotte, Claire, Benjamin, Patrick, Olivia and Annabelle.
Lonia came to Canada with her husband and 3 young children in 1959. Immediately they started building their nest with John working in construction and Lonia, at that time, in a sweat shop on Spadina
sewing and paid by the number of items she finished. It was a stressful job and Lonia was determined that she would do better soon. She soon found a job in a toy factory which was closer to home. She was promoted to a supervisor and this allowed her more time to attend ESL classes and learn English both oral and written. About a year later, she learned of a job opening at Toronto General Hospital for a lab technician. Lonia wasted no time learning medical terminology and when she applied, was hired. This was her greatest accomplishment since in Poland her education was interrupted by WWII when father went to war. Therefore at the age of 13 she had to leave school to look after her younger siblings and help her mother manage the farm.

She worked at the hospital for over 15 years and after retiring joined her husband in Barry’s Bay in a home they had built together for their retirement. Five years later John’s stroke placed him in a nursing home. This was very difficult for Lonia, living alone in cottage country and visiting him in town daily, especially in harsh winters. Eventually they both returned to Toronto where John was placed in a nursing home. Lonia moved into a condo with frequent visits to John. The next 20 years were spent in her beloved High Park condo travelling, walking and visiting malls, and coffee shops with her frequent companion Zenia Sowinska. In 1995 she moved to Copernicus Lodge, one of the best seniors’ homes in Ontario, where she received excellent care from the skilled and loving staff, especially those on 3 south.