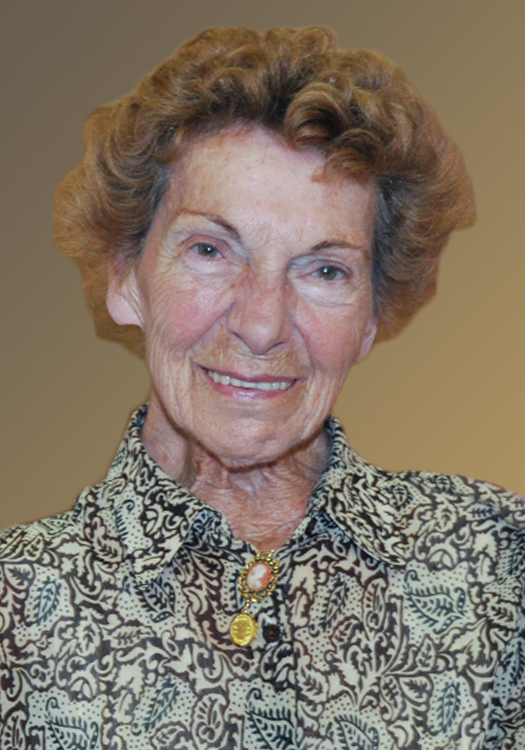 It is with great sadness, but thankfulness for a life well lived, that the Barcik family announces the passing of Laurette. She passed away peacefully on February 10, 2020, at 89 years of age. Laurette is survived by her children Pierre (Elizabeth Howey), Claire Barcik (Doug Blackburn, formerly), and Rob (Nikki), and her grandchildren Chloé, Jackson and Evan. Laurette was a dedicated wife to Ted, her husband of 59 years, who predeceased her in 2017.

Born in Limoges, Ontario, Laurette was the youngest of 11 children born to the late Napoléon Fournier and the late Exilda (Dubé) Fournier. Laurette was predeceased by her seven brothers, Leon, Josephat, Emile, Eugene, Adelard, Arthur, and Raoul, and by her three sisters, Irene Lebrun, Clara Delorme, and Dorine Tessier. The Fournier’s were a very close family and Laurette revelled in the times they spent cottaging, playing cards, and throwing great parties in Cornwall. She adored being an aunt to a huge brood of nieces and nephews and remained close to them.

Laurette was a woman of deep faith and held close connections to the Catholic Church and the Catholic Women’s League, where she was a dedicated volunteer for over 50 years. Laurette was actively engaged with a wide French-Canadian group, and also enjoyed close relationships with her neighbours of over 50 years. Whether it was bowling, playing cards, or any other activity, the things she held closest were those that involved family and friends. To her last days, Laurette was a genuinely nice and gracious person. We will miss her greatly.

Special thanks to the kind and dedicated staff at Revera Centennial Park and Queen’s Estates in Toronto for their loving and compassionate support of Laurette during her time of need.

Friends may call at the Turner & Porter Butler Chapel, 4933 Dundas St. W. (between Kipling and Islington Aves.), on Thursday, February 13, from 6:00 PM to 9:00 PM. A Funeral Mass will be held on Friday, February 14, 2020, at 10:30 AM at Nativity of our Lord Roman Catholic Church, 480 Rathburn Rd., Etobicoke. There will be a catered reception at the church immediately following the service. A private cremation and interment will follow at a later date. If desired, donations may be made on Laurette’s behalf to the Alzheimer Society of Canada or the charity of your choice.

Nativity of Our Lord Church
480 Rathburn Rd., Toronto, ON, M9C 3S9 Get Directions
Friday, 14 Feb 2020 10:30 AM
Info: There will be a catered reception at the church immediately following the service.
Order Flowers
Make a Donation
Help Extend the Memorial
Order a Keepsake Book