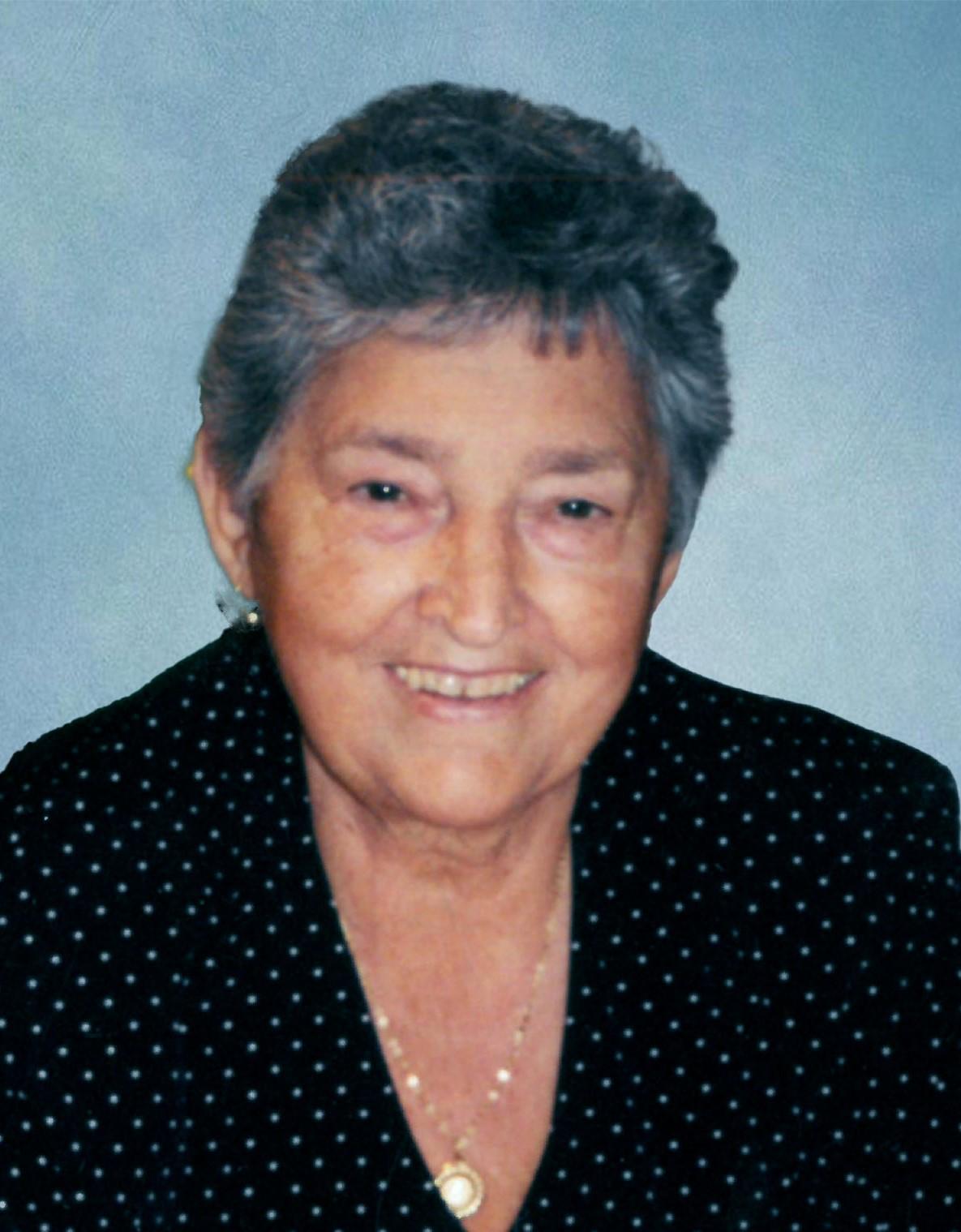 Karmela passed away peacefully on Tuesday, September 28th, 2021 at St Mary’s Hospital, Kitchener surrounded by the love of her family. Dearly beloved wife of Ante for 67 years. Cherished mother of Mladenka (Ivan) Raos, Mark (Anna), Joseph (Maryanne), John (Doris) and Angelo (Niki). Dear baba of Mate (Elizabeth), Ante (Maya), Stephanie (Robert), Anthony, Anthony (April), Andreya, Ante, Iva, Luka, and Mateo. She will be missed by her great-grandchildren Angelina, Ivana, Karmela, Milan, Jack, and Leo.
Predeceased by her brothers Ivo, Antun, sisters Marija and Mica. Karmela will be sadly missed by brother Franjo, sister Neda of Croatia, brother-in-law Cimplica-Sam (Željka) and their families, many nieces and nephews throughout Canada, and Croatia, as well as kumovi and friends throughout the world.
Karmela was born in Dobrinče, Croatia. In attempting to reunite with Ante in Italy with their four children, which was not meant to be, they were apprehended while trying to flee the Communist country of the time. They were detained, interrogated and forced to return to Dobrinče. Finally in 1963, along with her children, she was permitted to join Ante and immigrated to Canada. In the beginning, her struggles and hardships in a new country were many as she and Ante built a home while raising their five children. She worked at General Electric and became friends with many of her coworkers over the years. She was courageous, kind, helpful and generous to all she met, her home and kitchen were always open to everyone with a warm smile.
Karmela was a ferocious reader. She recited prayers, nursery rhymes that she learned in the first grade, to her great-grandchildren from memory. She loved gardening and was very proud of her tomatoes and “kupus”. Her greatest joy was cooking for family and friends, especially veal schnitzels and sarme. She was a devout Catholic, with deep faith in our Lord which she instilled in her children.
Mass will be held at Croatian Martyrs Church - 4605 Mississauga Rd, Mississauga ON, on Wednesday, October 6, 2021, at 10:00 am. As per Karmela’s wish, she will be buried in Croatia. In lieu of flowers, donations can be made at the funeral home for the restoration of Sveti Stijepan Church in Dobrinče, her final resting place.

If you would like to attend the Visitation and Mass please copy and paste the following link into your browser:

To view a livestream of Wednesday's Funeral Mass, please visit the Church's website at www.croatianmartyrs.ca

Church of the Croatian Martyrs
4605 Mississauga Rd., Mississauga, ON, L5M 2B2 Get Directions
Wednesday, 6 Oct 2021 10:00 AM - 11:00 AM
Order Flowers
Make a Donation
Help Extend the Memorial
Order a Keepsake Book