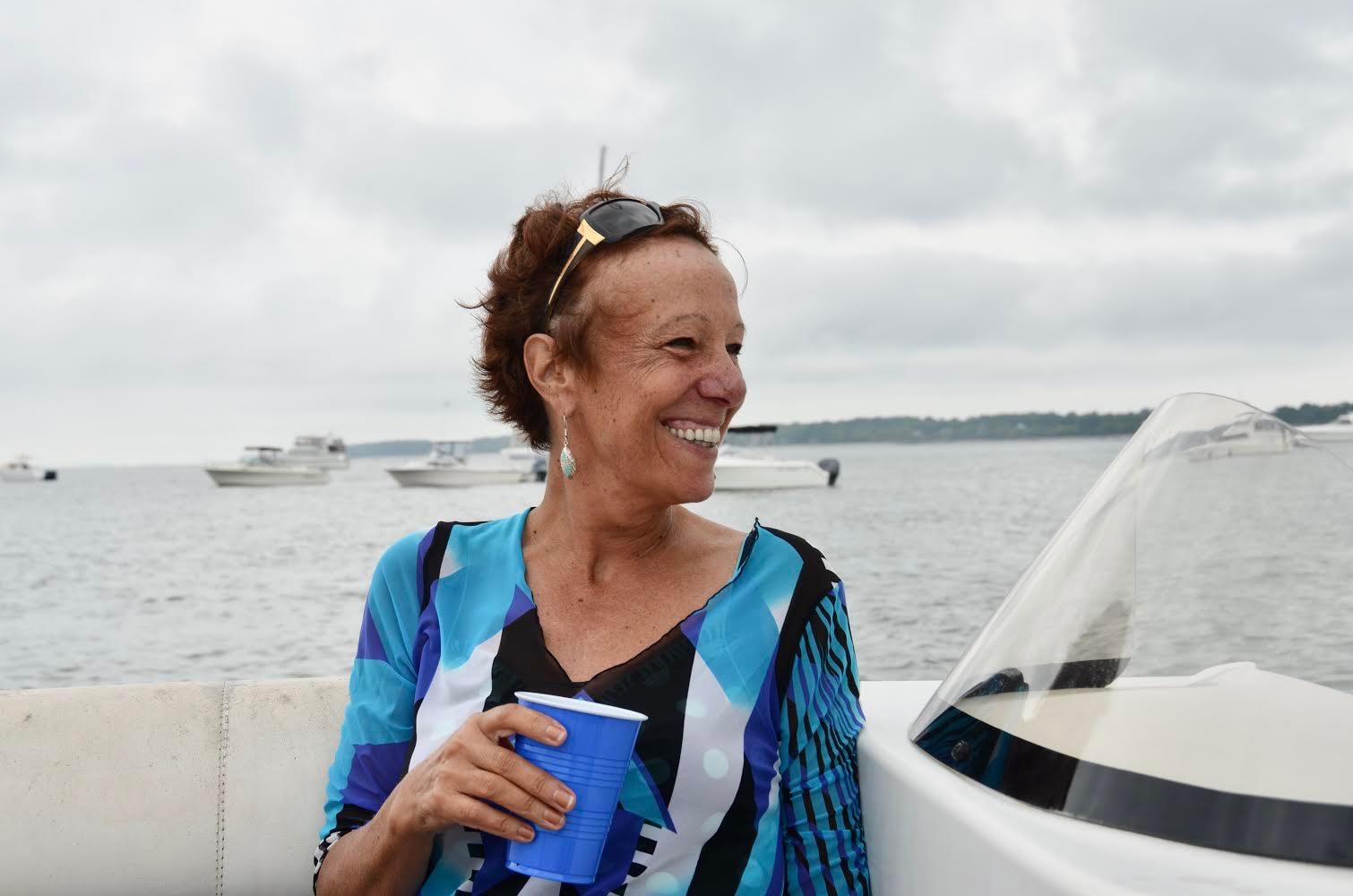 Karen Skobel passed on February 2nd, 2021, at Princess Margaret Hospital after living with cancer for 11 years. If there ever was a story of epic courage, determination, selflessness and zest for life, it was the story of Karen.

Born in 1957 to her loving parents Jack and Shirley Findley, Karen grew up in Oshawa alongside her brother Greig (Cheryl) and sister Jan (Roger Posacki). They enjoyed an adventurous childhood highlighted by cross Canada camping trips and Karen's unmistakable fashion sense, even at a young age. Her one-of-a-kind charm grew even stronger as a teenager, and one night at the high school dance, she met a boy named Walt.

They both attended McMaster University, where they met some of their closest lifelong friends. After graduating, Karen became an internationally esteemed interior designer, founding her company DeSignum Design, whose success took Karen around the globe as she shared her famous brand of creativity with some of the world's biggest companies.

Karen shone even brighter in her family and personal life. In 1991, she gave birth to her beautiful daughter Madison and instantly became a real life "super mom" known around the neighbourhood for her brilliant birthday parties and bottomless costume trunk. Through it all, Madison served as her biggest source of pride and inspiration. Anyone who knew Karen also knew about Maddie's latest successes. Nothing made her happier.

And nothing could stop Karen from pursuing her passions. She was an avid golfer and esteemed member of Islington Golf Course, where she won her fair share of D-Division club championships and 3Rs while captaining “The Flamingos”. Winters were endlessly enjoyed at Craigleith Ski Club, where Karen served as Social Director and raised the bar for what an aprés should look like. She also loved to run and completed multiple marathons, including one of the world's toughest races in the Arctic Circle.

At every single turn, Walt, her loving husband of 40 years, was there to cheer her on; celebrating each victory, joining (almost) every adventure, and selflessly providing for the amazing family they created together. She will forever be loved by her nieces and nephews Geoff, Karly, Erin, Chris, Stephen, Christopher and Kellen, and an impossibly wide network of friends.

One-of-a-kind in every sense, we’ll remember Karen for her sharp wit, determination, and inspiring ability to live large despite any and every challenge she faced. Always the life of the party, and the strongest person we’ve ever known. She left us with so many stories to share — and though we'll never be able to tell them quite as well as she could, we’ll never stop holding them close to our hearts.

We look forward to hosting a proper celebration of Karen’s life once it’s safe to do so, and will share all those details as soon as they’re finalized.

To celebrate Karen’s life, Walt & Maddie are participating in the 2021 Ride to Conquer Cancer
We cannot think of a worthier cause or one closer to Karen's heart. Team Karen Skobel will raise funds for Princess Margaret Hospital, where Karen received life-changing care for over eleven years. More specifically, all our donations will be allocated to the Dr. Natasha Leighl Fund, founded by Karen's long-time oncologist and closest supporter at PMH to help advance immunotherapy treatments.

To donate and learn more about her story, please visit: https://supportthepmcf.ca/ui/Ride21/t/teamkarenskobel

You can also click the "Make a Donation" button at the bottom of this page, and follow the provided link to reach our donation page.
Order Flowers
Make a Donation
Help Extend the Memorial
Order a Keepsake Book