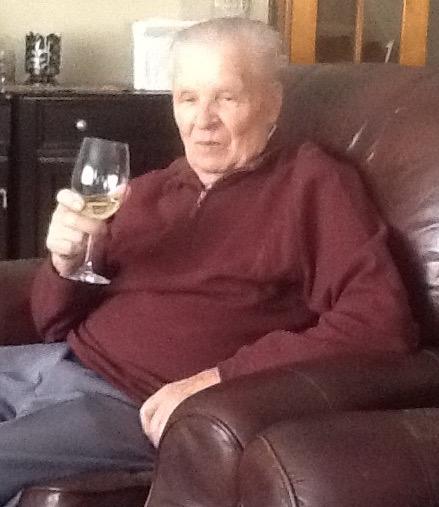 Peacefully on Saturday, March 14, 2020, at Copernicus Lodge in the Roncesvalles neighbourhood of Toronto, Jozef Zaworski passed away at the age of 97.

Father of Josephine Grabias and Richard Zaworski, and father-in-law to Ania Zaworski, Jozef was predeceased by his sisters Josephine, Aniela and Stanislawa, as well as his grandson Adam, who passed away on April 19, 2006. He is lovingly remembered as Dziadziu by his grandchildren Mathew, Eric, Kevin and Christopher, and in Poland by his nephew, Ryszard Dlugon, his wife Bronislawa, and their five children Grzesiek, Iwona, Barbara, Bartek, and Natalia.

Jozef was born on February 2, 1923, in Wolka Pelkinska, Poland and stayed in Poland throughout all of World War II. Jozef immigrated to Canada on the Marine Marlin, arriving at Pier 21 in Halifax, Nova Scotia on June 6, 1948 to start a new life. He made it to northern Manitoba to work in mining, then to northern Ontario to work as a logger, which he would do for five years until a tree fell on him, forcing him to Toronto for medical attention.

He eventually settled in Toronto, working construction as a house framer. In 1960, he began work for American Motors, which became Chrysler, for 26 years until retirement.

Working hard to provide a new life for himself and his family, he recounted that post-retirement were the best years of his life. His commitment to family lives on in the hearts of those who will remember him always.