The portion of Joseph Minialoff memorial that you are trying to access requires an extension in order to become active again. Would you like to contribute to the memorial?s extension? 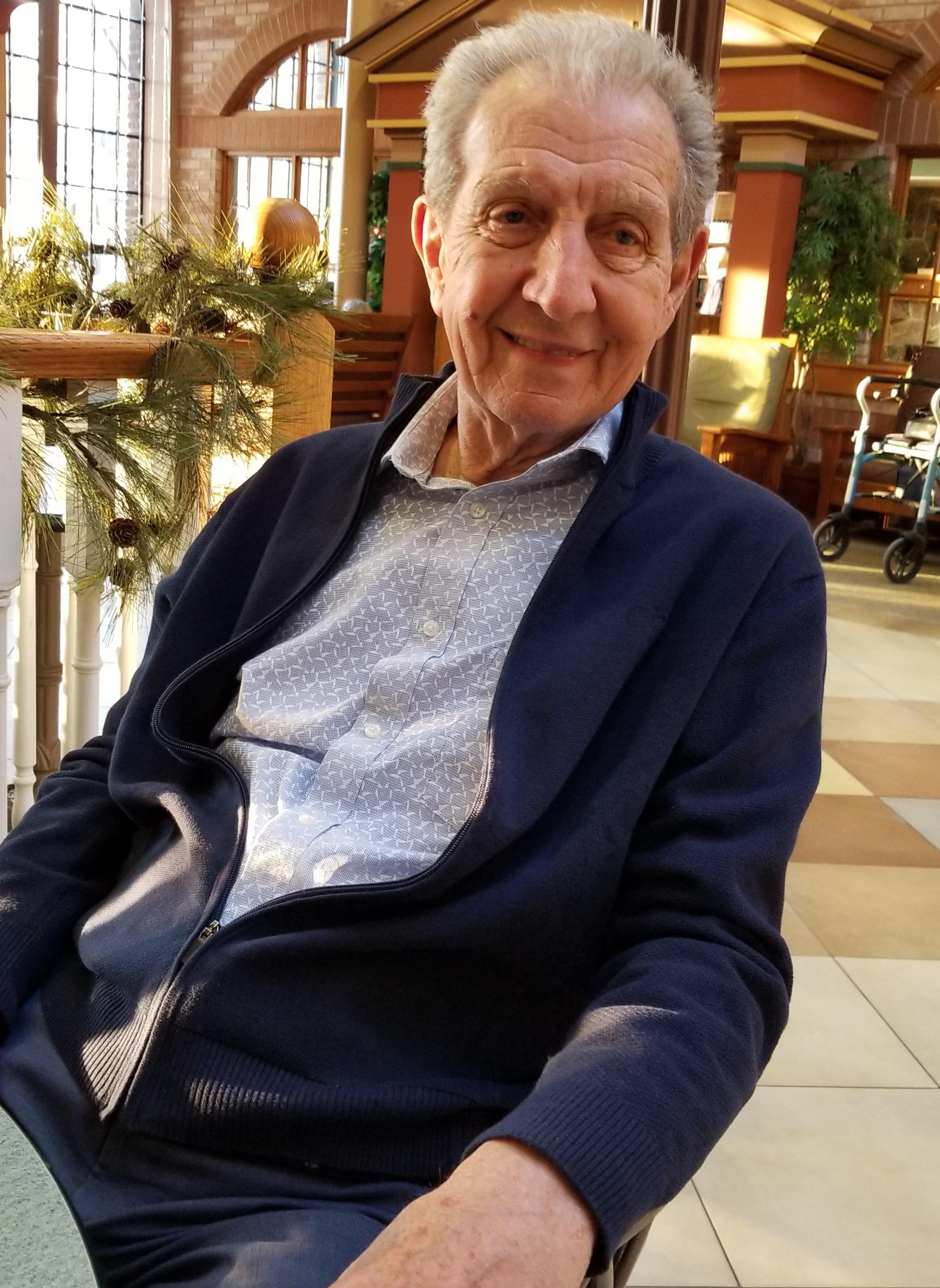 The eldest of six children, growing up on Lippincott Street in Toronto with his immigrant parents. Dad was an entrepreneur from a young age. Managing more than one paper route, delivering prescriptions for the local pharmacy using his bicycle for transport and travelling as far as High Park area to make these deliveries. Part way through his grade 13th year at De La Salle his father asked that he discontinue school and help in the family roofing business. This marked the beginning of a long and successful career helping grow Peerless Enterprises into the largest industrial roofing business in the country.

Dad was a kind, patient, and honest man. His handshake meant you had a deal, and he would honour that always.

Many would remember Dad for a generosity which went beyond his family to his many friends, his and Mum’s long time church St Mary Magdalene, and any charities that called on him.

Dad cherished his winters in Florida with our Mum and watching his six grandchildren grow into adults. He was so proud of Gavin, Jessica, Alexandra, Isaac, Matthew, and Zoe.

We are grateful for the kindness and expert care provided to our dad by Rania, Joaquin, Hilda, Jessie, Sue, and Dona. Your help over the past four years to Patti and myself was immeasurable.

We love you Dad; you will be in our hearts forever!
Kathy, Patti, Robert, and Debbie.

A private graveside burial will be held.
In lieu of flowers please consider donating to the Alzheimer’s Society of Ontario or Church of St Mary Magdalene https://www.stmarymagdalene.ca

Joe, your legacy will be missed you cared, you shared, and your infectious tireless energy was something to observe. Always on the move always looking for something to keep yourself busy. I hope you are relaxing and enjoying a glass with Sylvia, Patti, and Debbie.
You will forever be in our hearts Steve, Matt and Zoe

Dear Kathy and family:
I was saddened to learn of you father's passing as are so many at SMM. He was much loved - and we must save this lovely picture for our records. As someone who knew your dad since I returned to the parish in 1989, I know how much he will be missed and how much he has contributed in so many ways. I serve as stewardship coordinator and I know that you will want to know of memorial donations. If you would send me your email, I will keep in touch on a regular basis.

Hey guys:
Please see a brief tribute below to Joe Minialoff. As someone who got to know Joe, I felt compelled to write this tribute and send to….someone! As the voice of the industry in Canada/Ontario, I thought I would share with you guys. Feel free to use any or all of this….or not. Your discretion is fine with me. Either way, I feel good about sharing what I thought about this man.

In the context of more than a half century of the Roofing Industry landscape across this country, Joe Minialoff was a legend.

Tribute to Joe Minialoff:
Our industry lost a legend this past week. I met Joe Minialoff in 1997 when Flynn acquired Peerless Enterprises of Toronto. Even growing up in western Canada, I was aware of Joe’s highly respected reputation in the Canadian Roofing Industry, which he was involved in for so many decades. He was the very first President of the OIRCA in 1964, and was ever present, and a significant contributor at the CRCA level since it’s inception, in addition to building and leading one of the, if not THE, premiere Roofing Contracting business in the country with close to 400 employees.

When I got the opportunity to spend time with Joe, it quickly became evident to me why he had such an iconic reputation. I found Joe to be humble, entrepreneurial, professional, very driven and above all innovative. He did not TRY to be any of these things, he just was. It was easy for me to see why he was an icon in the Roofing Industry, and it was my pleasure to be able to spend time with him and learn from him.

Up until I met Joe, I thought that leaders in construction businesses either came from the field and then learned the front end of the business, or they came from a sales background, and learned the back end of the business. My perspective changed when I met Joe. Although he certainly was seasoned with all aspects of the business, it seemed to me that his default core competency was neither sales nor production. My observation was that Joe was happiest in the shop, tinkering with equipment to find ways to do the job more efficiently, and finding ways to build equipment that made the job easier on the men in the field.

Joe was an innovator!

When I think of all the lessons we have learned as a company in our journey, I cant think of a time when we learned more about innovation, efficiency and best practices, than when we got with the folks at Peerless in 1997. And leading the charge on these innovative practices was Joe Minialoff himself, often in a shop coat.

Many businesses in the landscape of Commercial Roofing in Canada can be traced back to roots at Peerless, long before I ever met Joe. I know I speak for many in our industry, in acknowledging that we have lost a legend and a pioneer.

Joe Minialoff will be missed, but he leaves a legacy and will always be remembered by the many people that he positively influenced in this industry.

Dear Family Minialoff, My wife, Carolyn, and I fondly remember your family, often seated just in front of us at morning services. We attended with you at your mother's funeral. When Joe's generous gift of the beautiful memorial stained glass window was dedicated, we gave thanks for her ministry, and at that time I mentioned to you that I was reminded of our Lord's teaching: "I am the vine and ye are the branches." Joe and I used to exchange friendly words over coffee hour. We miss him very much and share your loss. Sincerely, Harley and Carolyn.

It’s with great sadness the passing of your dad, our condolences! Kathy and Robert, Joe, Sylvia, , Patti, and Debbie were a part of our family growing up. Losing your father, mother and sisters is unbearable and we feel your pain at this very sad time! Our deepest condolences and know we share your pain ! They are now at peace! Lorna and Sam Bartucci. 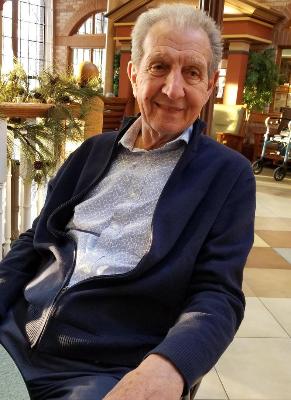 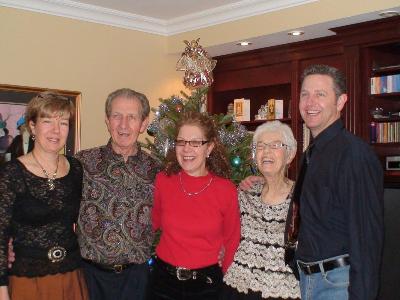 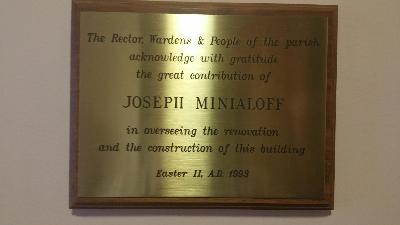 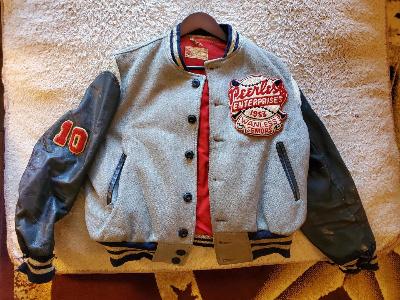 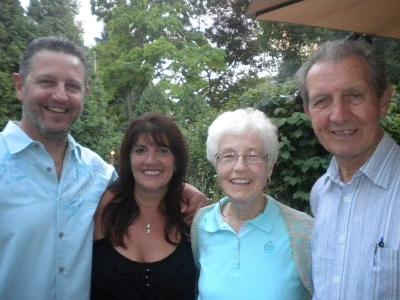