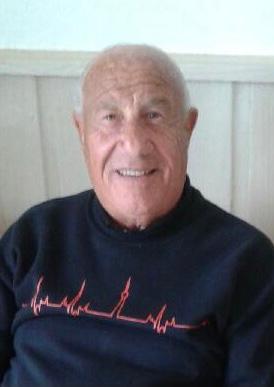 It is with profound sadness and much love that we announce the passing of Joseph Patrick Jeffrey on June 12th, 2021 in his 90th year. Missing him dearly are his nephews Joe Jeffrey, David Jeffrey (Toni), Frank Jeffrey (Lori), Paul Jeffrey (Carol), Bill Jeffrey (Sandra), Jack Slaughter (Michelle), Michael Slaughter (Olenka), and his adored niece Anne-Marie Jeffrey, with whom he shared a special bond. He is also missed by his great-nephews Matthew, Brian (Heidi) Patrick, Ross, Daniel (Jennifer), Ryan (Shannon) Aaron, Hayden and great nieces, Nicole (Sean,) Dawn (Dan) Maggie, Kenyon and Taylor. We find solace in the fact that he is reunited in Heaven with the love of his life, wife Ruth (nee Steiner) affectionately referred to as “Poodle”. Ruth’s children Steven Mitchell (Sharon) Stacy Mitchell (Barbara) Sari Sonshine (Jay), their children and grandchildren are left to mourn their beloved best friend.

We find comfort in knowing that Uncle Joe was welcomed into eternal life by his siblings Gus (Rose), Lawrence, Lena Slaughter (Bruce), Frank (Agnes), Louis (Ruth), and Anthony (Jeanne). We are sure the first to hug him were his loving parents, Christina and Giuseppe Giuffre.

His mother and father immigrated to Toronto in the early 1900’s from Termini Imerese, Sicily, and began raising their family on Manning Avenue where Joe made life-long friendships. The guys would regularly meet at “Remo’s Place” in Etobicoke to talk about the old days and enjoy a fabulous meal. He had been a member of “Oliphants Academy” on Dupont Street since the age of 16, which attributed to his impressive physical shape. Even at home during the COVID lockdown, regular workouts including weights and push-ups were part of his daily routine.

Uncle Joe was a life-long Toronto Maple Leaf’s fan and wondered if he would ever see another Stanley Cup. He was also a Toronto Blue Jays fan and regularly attended games at the Rogers Centre as well as pre-season games in Florida during his much anticipated trips to Sarasota. He will be dearly missed by all of his friends at Park East in Sarasota, Florida.

He was a man of faith and attended mass at All Saints Church on Royal York Road in Etobicoke. We take comfort in knowing his faith has him exactly where he should be. Joe was more than an Uncle to many of us after our parents passed many years ago. He took on a fatherly role, always giving the best advice and perfect answer. Losing him has left an emptiness that can never be filled.

We will close with his favourite expression, whether at the end of a visit or phone call: “Do me a favour? Take care of yourself……Please.”