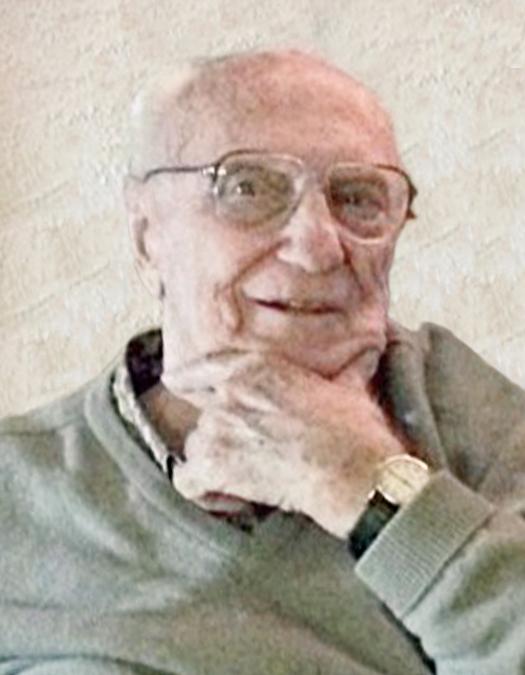 Passed away on Friday November 22nd, 2019 at St. Michael’s Hospital, Toronto in his 94th year. Joseph was born on April 10, 1926 in Port Arthur, Ontario to proud Ukrainian immigrant parents.
The youngest of 3 children, he became a beloved son, sibling, uncle, grand uncle and great grand uncle. He is predeceased by his parents, John (Ivan) and Antonia Bobyk, sister Lee, brother Stan and long-time friend Ron Cope.
Joseph never forgot his Ukrainian heritage, his frequent visits to the Prosvita or his roots at the coal docks in Port Arthur. He made it a point of frequently visiting his friends and family in Thunder Bay and later he continued to stay in touch by either a visit or a phone call.
Joseph moved to Toronto in 1946 and enrolled in the Marvel School of Hairdressing. It was a long way from a drafting board at Canada Car in Fort William as he traded in his drafting tools for a brush, comb and scissors and he never looked back.
His exclusive boutique salon at 88 Avenue Rd. in Yorkville was filled with clients who were Canadian and American film and stage stars of the 1960’s, including Elizabeth Taylor, Janet Leigh, and Canadian singer Juliette. His hairstyles were featured in numerous photo shoots for Chatelaine Magazine, Toronto Telegraph and The CBC.
Joseph was the former President of the Ontario Hairdressers’ Association, The Guild of Hairdressers and The Allied Beauty Association.
Joseph travelled globally and had friends everywhere. He was a lively bon vivant who loved engaging political conversations, live theatre, and entertaining at his beloved “Shanda” in Hockley Valley. Joe was a consummate gift giver known for his lavishly decorated presents.
He is survived by his niece Evelyn Ellison (Rod), Grand-niece Kelly DeDura-Jackiw (Taras), Grand nephew Cary DeDura (Ona), Great-grand nephew Christopher Jackiw and his extended Roskam and Ellison families and close friend Jose Camara Pestana.
Joseph’s positive energy and enthusiasm will be missed by family, friends and colleagues.
“Drink with me to days gone by
Sing with me the songs we knew…

Here’s to you and here’s to me.”
-Les Miserables.
Please raise your martini glass to toast Joseph and a life well-lived.
In lieu of flowers, donations to the Alzheimer Society of Ontario or to the Ron Cope Gateway Resource Room at York University will be gratefully accepted.
Friends may call at the Turner & Porter Yorke Chapel, 2357 Bloor St. W., at Windermere near the Jane subway from 10 a.m. until noon on Friday, November 29th. Prayers at 12 noon.