The portion of John Prajza memorial that you are trying to access requires an extension in order to become active again. Would you like to contribute to the memorial?s extension? 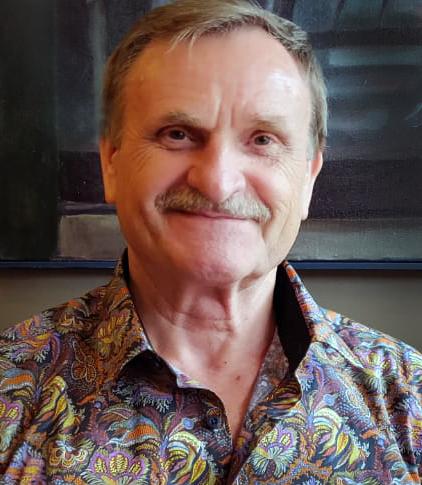 John Prajza passed away peacefully, at home on Wednesday, December 8, 2021, at the age of 73. Beloved husband of Susan. Loving father of Justin, Julia and Joanna. Dear brother of Olda, Zdenek, Marie and the late Joseph.

Although a serious man, this unique hippie at heart was known for his strong and stubborn opinion, corny jokes and comedic laugh. We will forever cherish his incredible home movies, generosity, helping hand, willpower, and long lasting lectures. His lessons on logic, health and patience will always be remembered.

He will be loved and missed by his family and friends, in Canada and Czech Republic.

A funeral visitation will be held at Turner & Porter Yorke Chapel, 2357 Bloor St. W., on Friday, December 17, 2021, from 6-8 p.m. Proof of full vaccination, government photo ID, and masks are required upon arrival.

In lieu of flowers, a donation to The Dorothy Ley Hospice is appreciated. This is the organization that went above and beyond to help with John's palliative care. And for that we are eternally grateful. https://dlhospice.org/

You will be very missed, John. We have so many fond memories of you, including: As a single guy, cooking a complete meal for us in your kitchen and attending your wedding. You married a wonderful woman and we were so happy for you! Your children are knock outs and we will miss our times together at Masaryk Town.
You helped mentor us in our health journey, and dear one, we are so grateful!
Sending our love and prayers to you Susan, Julianna, Joanna and Justin!

I will truly miss my dear friend John. We shared many interests including computers, photography, Hi-Fi stereos, music and cars. John was stern in his position on various topics but I did enjoy our discussions and friendly debates. Through it all, we respected each other and even made our friendship stronger.
We talked about travelling together but it will have to wait until my next journey.

Sad news, John was good man, with a beautiful family! He will be missed.

John will always be remembered for his love of photography and music. Not only did he take some amazing photos and endeavor to improve his skills but he was also an enthusiastic collector of music albums. He enjoyed making family videos and putting together musical playlists for all who were interested. Those photos and music cds are a part of his legacy. We will remember him through them.

I am so sorry for your loss. John was an amazing person and a great source of homeopathic updates for us. I remember being part of his every amazing joke emails as well as information any subject he thought we would like. Also John was Dereks #1 fan. He said "Derek doesnt have to succeed in sports, he is a born musician and thats where all his energy goes". Love you Sue, Justin, Julia and Joanna. You are always in our hearts. Rita, Dave Derek and Nicole.

The hippie from Hluk, Jan, Papa Prajza, King of the Nut house, Papa Gigo, Jendo, Juan, Johnichku, Streda, and the list goes on.

John Charles Prajza was born in the small town of Hluk, Czech Republic on February 25th, 1948 to Jan and Anastasie. Growing up with his siblings Olda, Zdenek, Joseph and Marie, the Prajzas lived in a little house on the corner with a flowing stream running behind the backyard.

Fast forward a few years, young John became the leader of The Presidents, a gang of teenage boys on motorcycles who roamed the neighbouring villages in fake leather jackets, terrorizing innocent rabbits and getting into all kinds of trouble, within reason of course. They were the coolest boys in town. And John’s mischievousness didn’t stop there. After conscription to the army, he outsmarted them with his clever scheme to be diagnosed with nocturnal enuresis (also known as bedwetting) which resulted in him being discharged from the army. A story of which he was quite proud!

In 1969, with the recent Communist occupation, John and his brother Zdenek bravely bid their friends, and family farewell. In order to escape, they booked a tourist trip to Vienna and spent six months there working and awaiting an immigration permit to Canada, with financial help from the American Baptist Organization. Their mother’s relatives in Midland sponsored them and gave them jobs working in their shoe factory. John moved to Toronto to take an English course and with his strong determination quickly learned the language and formed some long lasting friendships. He tried to make a living by any means in the city, whether it was selling green plants as a hippie or driving a taxi for three whole days, paying $12 a week for a room and living frugally on sardines and hotdogs!

Eventually he went to George Brown College to obtain his electrician’s license, an occupation he had begun back home. He then began a long and successful career at Canada Post. John and Zdenek had the wisdom to invest in real estate, and with the help of their aunt they purchased 25 Westmoreland Avenue. At one time John owned three houses and eventually became the landlord to two of his children, Julia and I. And yes he was the best landlord ever. He was also a natural handy-man and could fix anything you put in front of him. He would never give up, and he believed and preached that anything could be fixed. His determination and devotion to his craft truly defined who he was.

After John’s many escapades as a ladies man, he met Susan O’Callaghan in 1977 at a German caravan, a cultural event, which is now a music venue downtown called the Phoenix. Susan, with her luscious brown locks and John, with his well defined V shaped back danced the polka all night long. And after 8 years of dating, they decided to settle down and marry in 1985. They bought a home in Etobicoke, the famous 13 Statler Avenue and beloved home of the Prajzas still today. With the help of his brother Zdenek and grandpa O’Callaghan, they renovated and built a two storey addition, which included a wonderful sunroom, that became John’s favourite room, where he could indulge in suntanning all four seasons. Then came three beautiful bambinos Justin, Julia and Joanna. Dad quickly shared his love of travel and our family ventured across Canada, USA and Europe on their many vacations over the years, leaving us with wonderful memories.

John had a passion for photography and loved capturing beautiful moments in nature. He was also the dependable family videographer. Whether it was a wedding, family trip, sports game, or special occasion John loved to capture these moments and share them. He gave us the priceless gift of home movies documenting all those silly, embarrassing, and happy moments we will cherish forever.

John was disciplined in leading a healthy lifestyle. Before his illness, he was still a regular at the gym. He was passionate about avoiding toxins in the environment, and his home was well-known for having the purest drinking water around – in fact it was coined Prajza water. Speaking of water…one morning after dad tried a few times to wake me up, as I literally could sleep through anything. Well, almost anything. That’s when he threw a bucket full of ice cold water on me. My bed was wet for 3 days.

While a serious man, he also had a silly side acting like a big kid with his comedic laugh and circus performing tricks. It started back in the Czech Republic with his brothers, walking on their hands on the soccer field near home. Very impressive considering he continued with it all the way up to the age of 65. He also enjoyed running on his steep rooftop like a crazy daredevil! And jumping on the Borysek’s trampoline with his bathing suit turned thong, after a few drinks of course.

An avid music lover, John had a remarkable record collection. He found joy in sharing music with those around him, burning discs of new discoveries and his favourites. But he never forgot his roots, enrolling both Julia and Joanna in Moravanka, a group that danced to traditional Czech folk music.

He also passed on his love of chess, taking me to tournaments all around the city, but only after giving me a dose of ginkgo biloba, a natural cognitive booster! John had many interests, some of which he encouraged in his children, especially soccer and I have to mention here he bribed us with $10 for every goal we scored! And who can forget his thirst for good European beer! Pivo je dobre! That means “Beer is good”. And a peculiar love of psychedelic art, something he always tried to encourage Julia to explore in her art!

John never missed an opportunity to share his strong and stubborn opinion. One night, as we were watching an action packed violent scene from Fantastic 4, dad came in. Without hesitation, he pulled out the DVD and snapped it in half. This happened a few times, as he felt that violent movies were poison for our minds, something we didn’t appreciate till much later.

Even though dad retired early at the age of 57, he kept busy fixing computers, updating hardware, installing antiviruses even before being asked! Always helpful with friends and family who needed tech support, electrical work or handiwork around the house.

Unfortunately, John battled with cancer three times in his lifetime. The first and second time, almost thirty years ago his determination and discipline to beat it was something to admire. In early 2020, he was diagnosed with depression that came very unexpectedly. He found it difficult to understand and accept how this happened. He was no longer able to enjoy his many interests, and lost his appetite for food and life. His smiles were rare, and it was hard to see him suffer so much. Then sadly in the summer of 2021 his melanoma cancer came back.

Although a traditional Eastern European man, he always believed in our dreams and always told us you can do anything, if you just pause, explore the problem, be patient, and think before solving anything. He was incredibly disciplined and said: “Life is tough, so you need to be tougher”. One example of this is in the last 100 metres of Joanna’s 3000 metre cross-country race. She was in 10th place, tired and ready to finish in that position. Then she heard her dad cheering her and she became so motivated she found the strength to keep going and finish in third place.

We will move forward in life with so many lessons from dad’s never ending lectures, logic, wisdom, and most importantly endless patience. And to you papa, know that us kids forgive you for all the embarrassing moments when you met our new friends in nothing but your underwear.

It was a quiet kind of love that we got from John Prajza. He didn’t often say I love you or thank you. Instead he showed it through his dedication to his family and friends that he helped over the years. He was a unique character, not just another pretty face, as he would say.

Quote from Stephen:
“Those we love don’t go away, they walk beside us every day.
Unseen, unheard, but always near; still loved, still missed and very dear.”

Dad, we miss and love you now and forever. Rest in peace kid. 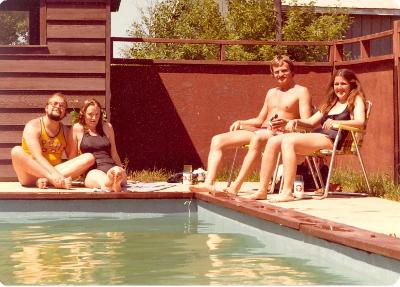 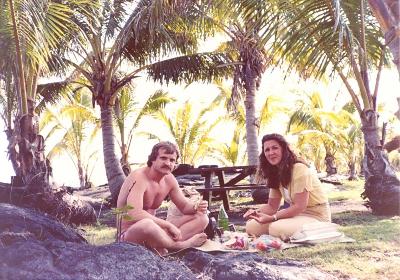 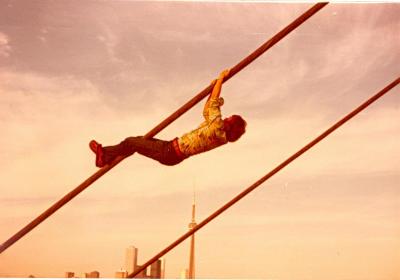 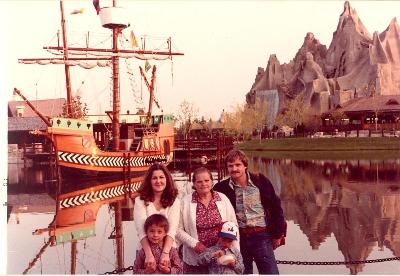