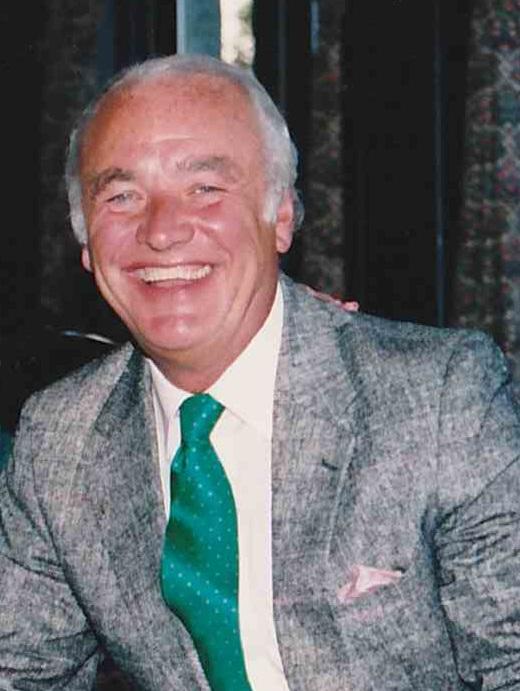 John McCool, the love of Connie’s life and husband of over 36 years, passed away at home on Saturday July 2nd, 2022, in his 87th year of life.

A brilliant man and an avid reader, John had many interests including architecture, artwork, history, travel, sailing, swimming, skiing, and more. His passion for life was apparent to anyone who knew him.

From Liverpool, England, John joined the Merchant Marines and began to explore the world that he loved so much. He eventually settled in Canada, where he navigated a long and successful career in real estate development with Royal Trust, Oxford Development Group, Bank of Montreal, and Rostland Corporation. His work saw him living in Montreal, Edmonton, London (Ontario), Minneapolis, and finally Toronto.

John leaves behind family in England, Sweden, and Canada. He is survived by three children by his first wife, Joan: Sean, Paul, and Angela; and one child by his second wife, Constance: John-Paul. He was also proud of his five grandchildren and three - soon to be four! - great grandchildren.

John will be greatly missed by many, and will never be forgotten.

In lieu of a traditional funeral service, there will be a Celebration of Life in John’s honour for friends and family, to be held at a later date.

(The family wishes this to be a private event.)
Get Directions
Date and time to be determined.
Info: A Celebration of Life in honour of John McCool for friends and family will be held at a later date.
Make a Donation
Help Extend the Memorial
Order a Keepsake Book