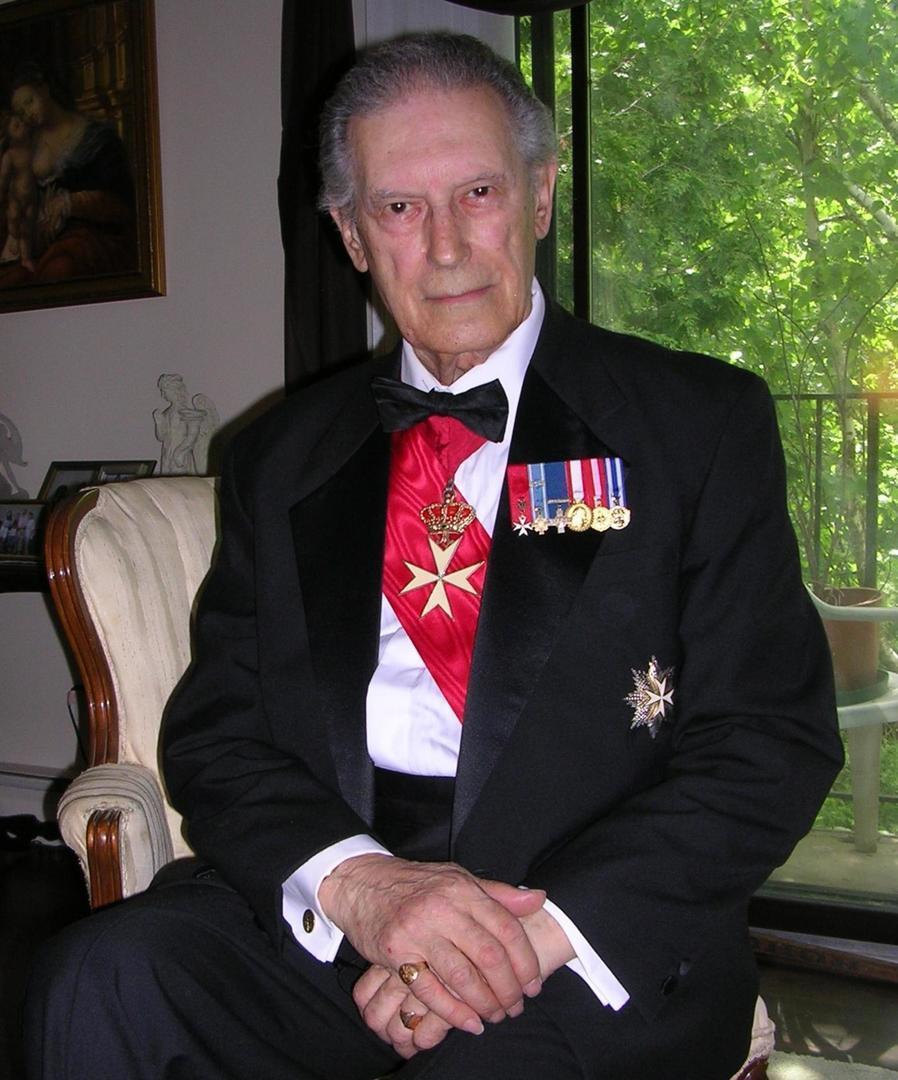 The Grima family is sorrowed to announce the passing of our patriarch, on March 29, 2020. John passed away at the age of 87, in the City of Toronto, where he spent almost 70 years, where he met his wife, had his children, and helped raise his large extended family. Born in Rabat, Malta, John immigrated to Canada in 1951.

He fell in love with a Canadian girl, and so enamoured with her, decided to forget his Hollywood dreams, and marry her. He never left his acting dreams behind though. He was cast as a leading man in many professional stage productions, radio plays, as well as television, working in the early days of the CBC and in several American productions. In 1958, he debuted on the silver screen in film, working with many great actors of the day.

He also worked for the Ministry of Transportation, where he retired after 35 years.

He was honoured with Knighthood, in the Sovereign Order of St. John of Jerusalem.

The Dame in his life was Edith (nee Porteous), of 67 years, of whom he devoted his life and heart to. Together, they were blessed with four children: John Jr., Victor (Louisa), Marie-Rose, and Georgina. He was the adored Papa and “King of Malta” to: Karina (Darren), Adrienne (Jay), Stephanie (Adam), Lauren (Bronson), Evan, Andrew (Tricia), and Johnathan (Kari). Beloved great grandfather to: Courtney, Emily, Faith, Abigail, Annabelle, Madison, Jaiden, Myla, Elliott, Liam, Emmett, Connor, and Olivia. He will be lovingly remembered by his brother Nick (the late Vera) of Windsor, Ontario, his family, as well as many other family and dear friends.

A private Graveside Service will be held at Mt. Pleasant Cemetery.

As expressions of sympathy, donations in John’s memory may be made to the Princess Margaret Hospital Foundation or the OSJ Charities Trust Fund, 2800 Highway 7 West, Suite 301, Concord ON, L4K 1W8.

We will celebrate this Grand Man’s life with a gathering he deserves, once the world emerges from the Covid covers. Funeral arrangements entrusted to the Turner & Porter Peel Chapel. Online condolences may be made using this website.

In the meantime, please take a look at some of his accolades on You Tube https://www.youtube.com/user/MrJgrima